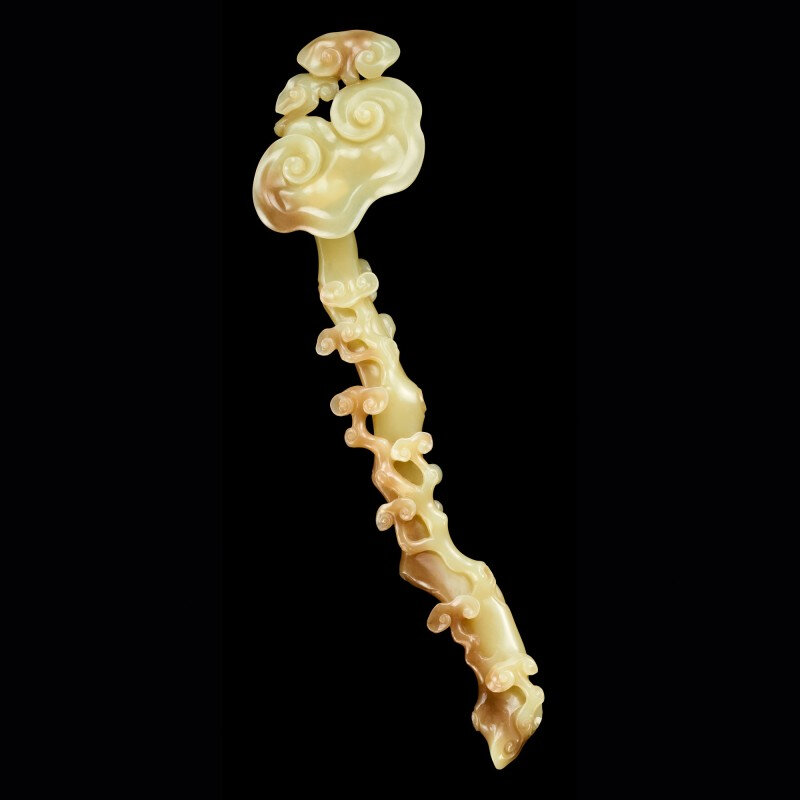 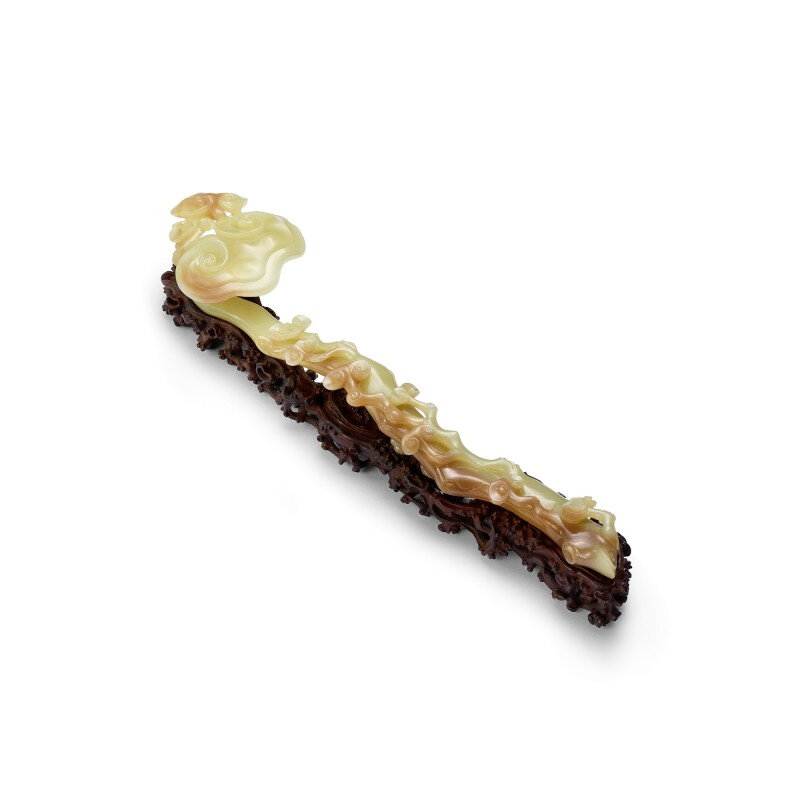 Note : This sceptre is distinguished for the highly valued yellow stone from which it has been fashioned. Owing to the rarity of yellow jade, its brownish skin was often worked into a piece, as seen on the present lot, to use to the best advantage of this precious material.

Compare a similar, green example, preserved in the Palace Museum, Beijing (accession no. Gu 88937), illustrated in Gugong Bowuyuan cangpin daxi: yuqi bian, vol. 8: Qing / Compendium of Collections in the Palace Museum: Jade, vol. 8: Qing Dynasty, Beijing, 2011, pl. 73; a larger, white jade sceptre in the National Palace Museum, Taipei (accession no. Zhong yu 000629 [http://antiquities.npm.gov.tw/Utensils_Page.aspx?ItemId=1215]), included in the Museum’s exhibition Auspicious Ju-I Scepters of China, Taipei, 1995, cat. no. 26; and a yellow ruyi in the form of a lingzhi branch, but carved with archaistic dragons on the head and stem, sold in these rooms, 17th May 1977, lot 312.