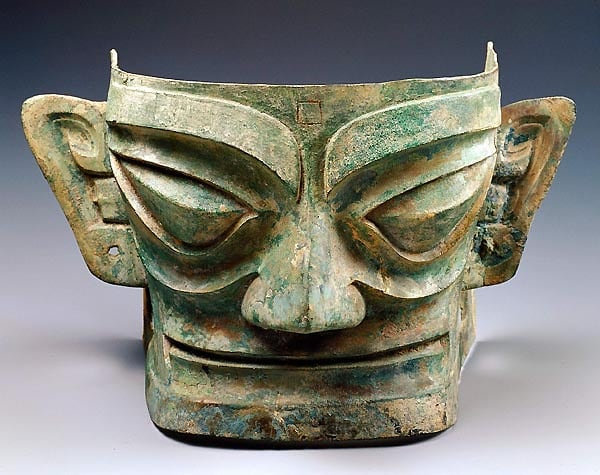 In 1986, a sizable group of larger-than-life bronze figures and heads, some covered with gold, along with many jades and elephant tusks, were unearthed in sacrificial pits in Sanxingdui, in Sichuan province. No signs of human sacrifice were found. This discovery shed new light on the geographic range of bronze culture, which until then had been thought of as concentrated mainly in central China. At the same time, it raised many questions about this hitherto unknown civilization and these awesome bronze figures, which are unlike anything found before and on which no written documentation exists.