Detail from Nicolas Poussin, 'A Bacchanalian Revel before a Term', 1632–3 © The National Gallery, London.

LONDON.- The National Gallery’s new exhibition Poussin and the Dance, co-organised with the J. Paul Getty Museum in Los Angeles, will include wild, raucous and surprisingly joyous scenes, showing whirling, cavorting figures. It will cast the French Classical artist in a completely new light, showing how he grappled with the challenges of arresting movement and capturing the expressive potential of the body.

For the first time in its 121-year history, the Wallace Collection will lend Nicolas Poussin’s painting Dance to the Music of Time (about 1634–6). His most celebrated dance picture will be included in Poussin and the Dance, the National Gallery’s landmark exhibition of works by Nicolas Poussin (1594–1665) – the first ever to focus on his pictures of dancers and revellers – opening in autumn 2021.

The group in Dance to the Music of Time represents the perpetual cycle of the human condition: Poverty, Labour, Wealth and Pleasure which, if indulged to excess, reverts to Poverty. The dancers are accompanied on the lyre by the winged figure of Time. The bubbles and hourglass are symbols for the brevity of life. Poussin’s painting famously inspired Anthony Powell’s universally acclaimed 12-novel sequence of the same name, published between 1951 and 1975. This major loan is the latest feature of the Wallace Collection and the National Gallery’s close collaboration. The Wallace Collection’s first-ever loan was of Perseus and Andromeda, (1554–6) to the National Gallery’s Titian: Love Desire Death exhibition in 2020. Over twenty paintings and drawings from public and private collections in Europe and the USA, including the Gemäldegalerie Alte Meister, Staatliche Kunstsammlungen Dresden (The Empire of Flora, 1630-31); The Nelson-Atkins Museum of Art, Kansas City (The Triumph of Bacchus, 1635-36); Museo Nacional del Prado, Madrid (Bacchus and Ariadne, 1625-1626); the National Galleries of Scotland (Study for A Dance to the Music of Time, ca.1634) and a series of drawings generously lent by Her Majesty the Queen, will be shown for the first time alongside some of the celebrated Classical antiquities that inspired them: The Borghese Vase, first century CE and The Borghese Dancers, second century CE, both from the Musée du Louvre, Paris. These works are being seen together for the first time in a generation and will allow visitors to trace Poussin’s influences and the sophisticated translations he made between marble, paint and paper.

The exhibition will also include four paintings from the National Gallery Collection including The Triumph of Silenus (about 1636), which has recently been cleaned, restored and reattributed to Poussin. 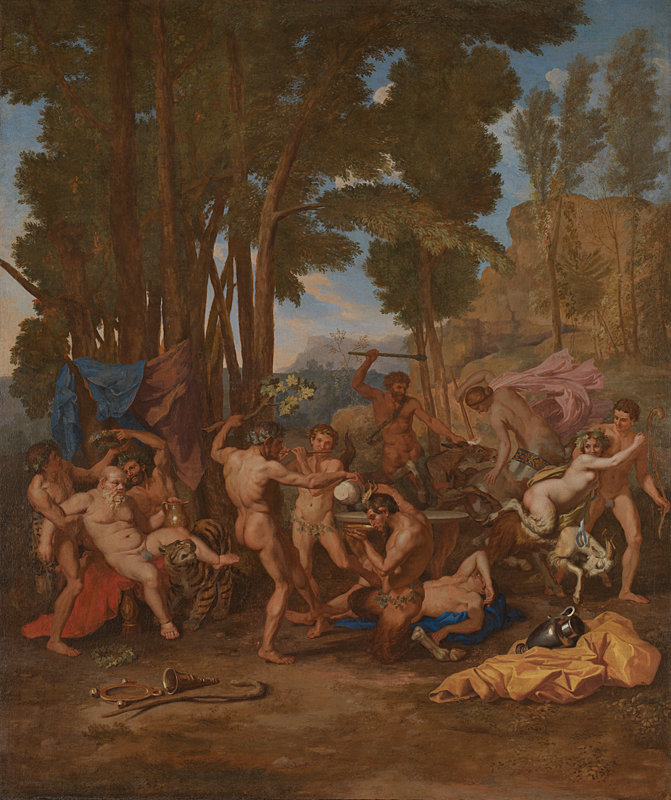 Nicolas Poussin is an artist’s artist. For centuries, his works have been hugely influential, inspiring artists as diverse as David and Cézanne, Picasso and Bacon. Yet Poussin is sometimes overlooked by the public who often find his paintings cold, difficult or overly erudite. Art historians have tended to characterise him as a philosopher, rather than a painter, and his pictures are rarely presented in a warm or approachable way. Poussin and the Dance intends to challenge this perception, exploring a part of the artist’s production that has never been examined before: his depictions of dance.

The exhibition focuses on Poussin’s early career in Rome, from his arrival in the city in 1624 until about 1640 when he was called back to France to serve as First Painter to the King under Louis XIII. As a young man, Poussin was desperate to get to Rome. Finally arriving in the city on his third attempt – having had two thwarted journeys take him as far as Florence and Lyon – he threw himself into the Classical world he saw around him, drawing inspiration from antique sculptures and bas reliefs as well as the works of artists such as Titian and Raphael. Many of the most celebrated antiquities he knew depicted dancers, and soon Poussin himself, grappling with the concepts of both arresting and representing motion, took on the challenge of capturing dance on paper, in paint, and even in clay. When choreographing his compositions, he created wax figurines which he arranged in a kind of model theatre (or ‘grande machine’). Key to bringing Poussin and his working methods to life in the exhibition will be not only the juxtaposition of antiquities, drawings and paintings, but also a reconstruction of some of these wax figurines.

This exhibition offers visitors the opportunity to rediscover Poussin in a fresh light, to appreciate the paradox between his diligent working process and the joyful, carefree scenes he created, as well as the ingenious solutions he found to bring the dances and riotous movement of the ancient world to life. Francesca Whitlum-Cooper, The Myojin-Nadar Associate Curator of Paintings1600–1800, says: ‘Nicolas Poussin is the most important French artist before Manet and the Impressionists, and it’s extremely exciting to present him to the public in the new and exciting light of his obsession with movement. After the events of the last 18 months, it feels particularly special to bring together these exuberant depictions of people gathering together to dance and celebrate.’

Dr Gabriele Finaldi, Director of the National Gallery, says: ‘Poussin was inspired by dance throughout his career and looked for inspiration to the world of Antiquity and the Renaissance masters. The exhibition explores the subject with a remarkable group of loans culminating in his masterwork, Dance to the Music of Time.' 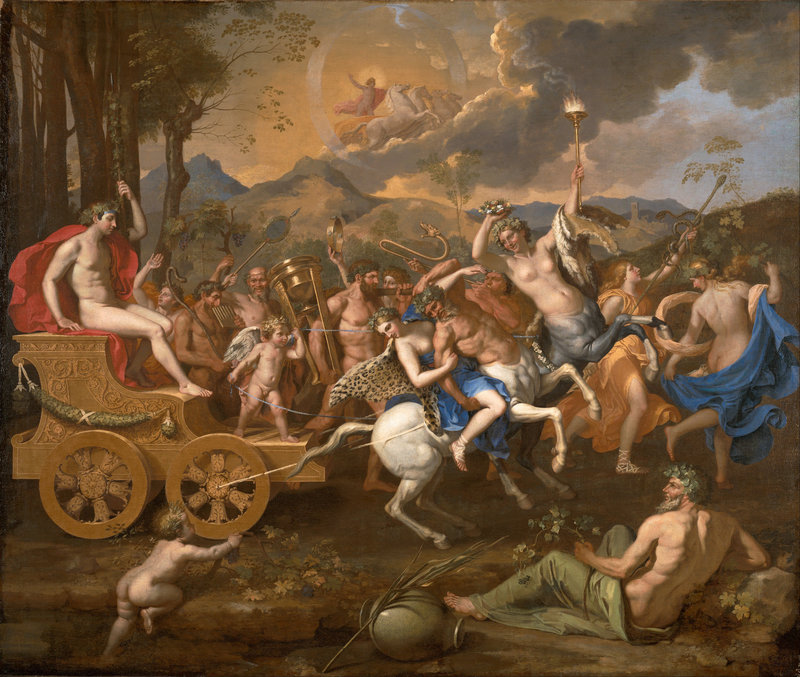