HOUSTON, TX.- Running along the western side of South America, the Andean Mountains have supported a rich, interconnected series of civilizations and empires for more than 3,000 years. Surveying this captivating, multifaceted world, the Menil Collection presents Enchanted: Visual Histories of the Central Andes from July 30 through November 14, 2021. The exhibition showcases works from the museum’s collection and loans from the Museum of International Folk Art in Santa Fe, NM.

More than forty objects from different historical moments of Andean history are on view—including polychrome ceramic vessels of the Nazca culture (ca. 100 BCE–800 CE), important textiles from the Wari (ca. 600–1000 CE) and Chimú (ca. 1150–1450) civilizations, and 20th–21st century examples of elaborately embroidered esclavinas (short capes) and monteras (hats) worn during religious festivals in Peru. Complementing these objects is a selection of gelatin silver photographic prints by Pierre Verger, also known as Fátúmbí (1902–1996). Verger’s images of religious festivals in the Andes, taken between 1939 and 1945, highlight the costumes, dances, and dramatic moments of these annual events. 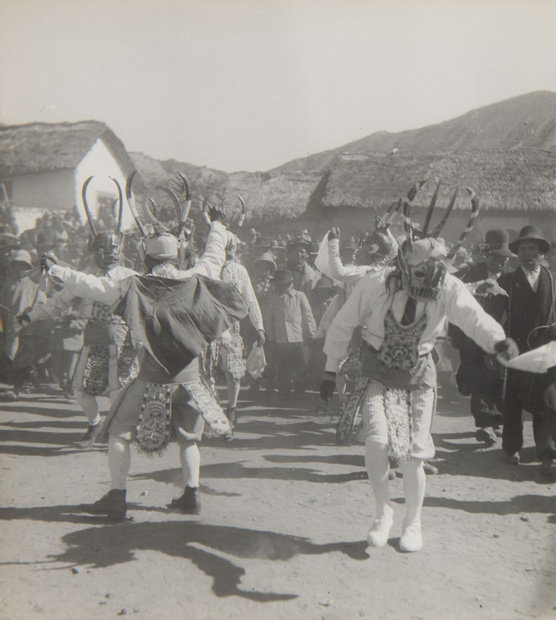 Rebecca Rabinow, Director of the Menil Collection, said, “Photographer Pierre Verger’s travels through the Andes in the 1940s were made possible, in part, thanks to the financial support of John and Dominique de Menil. The two portfolios of gelatin silver prints that he gave the couple at the time have never before been exhibited, which prompted Menil Curator of Collections Paul R. Davis to study the photographs along with related material in the collection. The resulting exhibition and online publication celebrating Andean visual cultures coincides with the 200th anniversary of Peru’s independence.”

Paul R. Davis, Curator of Collections, said, “This project led me to explore the museum’s permanent collection of Andean art more deeply and how it connects to the Menil’s rich institutional history. After meeting Verger by chance in 1941 while visiting Buenos Aires, Argentina, John and Dominique de Menil formed relationships with some of the leading scholars on the Andes and assembled a unique collection of objects from that area. The Menil is pleased to share these artworks in Enchanted, accompanied by a robust online publication.” Highlights of the artworks on view include:

• Three blue-and-yellow macaw feather panels from the Wari culture, an imperial power during the Middle Horizon in Peru (ca. 600–1000 CE);

• Textile fragments from the 10th–15th century, including a large two-panel section of the so-called “Prisoner Textile” from the Late Intermediate Period Chimú culture; 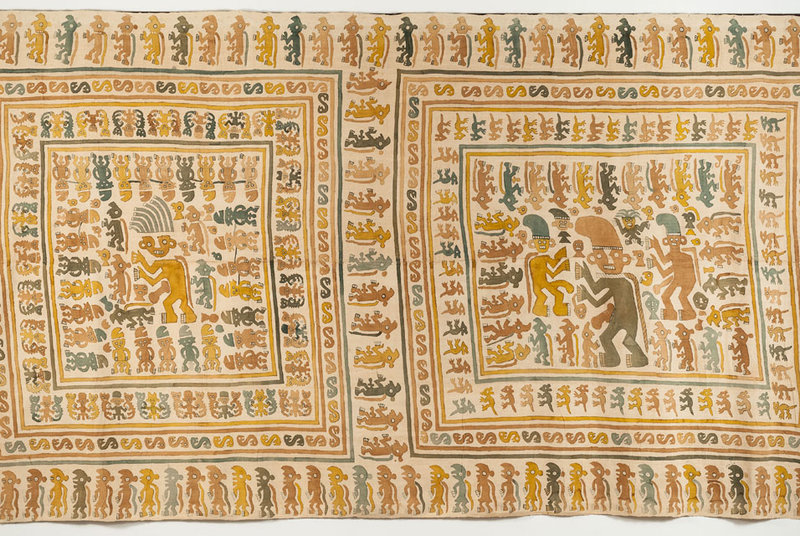 • A group of colonial–era painted keros (wood cups) from the 16th–18th centuries that were used consume chicha (maize beer) and other ceremonial drinks; • An 18th-century painting of the Virgin of Bethlehem (Virgen de Belén), one of the patron saints of Cuzco, Peru.

Contextualizing the artworks in the museum’s permanent collection, the publication will be available in both English and Spanish at menil.org/read. Paul R. Davis surveys the ancient history of the region and the formation of this aspect of the de Menils’ collection during the mid20th century. Essays by Susan E. Bergh, Heidi King, and Kari Dodson examine the two historically enigmatic textiles in the museum’s permanent collection—the Chimú “Prisoner Textile” and iconic Wari blue-and-yellow macaw feathered panels. Ana Girard writes about colonial works. In their essays, Zoila S. Mendoza and Amy Groleau emphasize the importance of festivals as spaces to perform, celebrate, contest, or reinvent the Andean culture.
Posté par : Alain Truong à 11:21 - Pre Columbian Art - Commentaires [0] - Permalien [#]