DALLAS, TX.- Among the highlights in Heritage Auctions’ Fine & Decorative Asian Art Auction Sept. 22 and 23 will be an extraordinary selection of Chinese porcelain from a Northern California estate.

“This is from an exceptional selection of Chinese porcelain,” Heritage Auctions Asian Art Consignment Director Clementine Chen said. “Much of it includes incredibly delicate, intricate paintings that tell complete stories. Many of these items are extremely rare.”

A Chinese Blue Ground Yellow Glazed Dragon Bowl (estimate: $8,000-12,000) dates back to Emperor Xianfeng, whose brief 11-year reign fell during the time in which the British and the French burned the summer palace during the second opium war. Not all dragon plates were created equally, especially those with imperial Xianfeng marks. His entire reign overlapped with the Taiping Rebellion, a civil war in southern China in which more than 40 million people died. Rarity of imperial porcelain with his marks stems from the destruction of the imperial porcelain factories in Jindezhen by the fifth year of his reign in 1855 by the Taiping rebels. Xianfeng’s reign marked a critical watershed moment in the history of Chinese Porcelain making: civil strife broke the continuity of imperial porcelain production that dated to the 1680s, and when the kilns resumed work more than a decade later under the reign of the Tongzhi Emperor, they would produce wares inferior to the earlier period. Many of the innovations of the earlier period were lost or discontinued. A Chinese Blue and White Bowl, Qing Dynasty, 18th century (estimate: $10,000-20,000) can be traced back to the earliest period in which artists put complete stories on their porcelain art. This bowl is notable because of markings on the bottom that suggest – incorrectly – that it is from the Ming Dynasty. Connoisseurs of Chinese porcelain often considered the Xuande reign of the Ming dynasty a period of unparalleled innovation and mastery in design, especially for blue and white wares where some of the most celebrated forms found their original prototype. The Qing Emperors, who saw themselves as great connoisseurs of Chinese art, found no problem attaching attribution marks to this period on the wares produced by their imperial factories. Indeed, they often reserved the very best pieces for this special type of honor. This blue and white bowl with the six-character Xuande mark dates to the early 18th century. The attribution mark would thus date to either the Yongzheng or early Qianlong period, another period of great artistic innovation in the imperial kilns. Both Emperors commissioned works with attribution marks to the Xuande period as a testament to their appreciation of the quality of porcelain made from that period and the aspiration for their own artisans to achieve the same level of excellence. 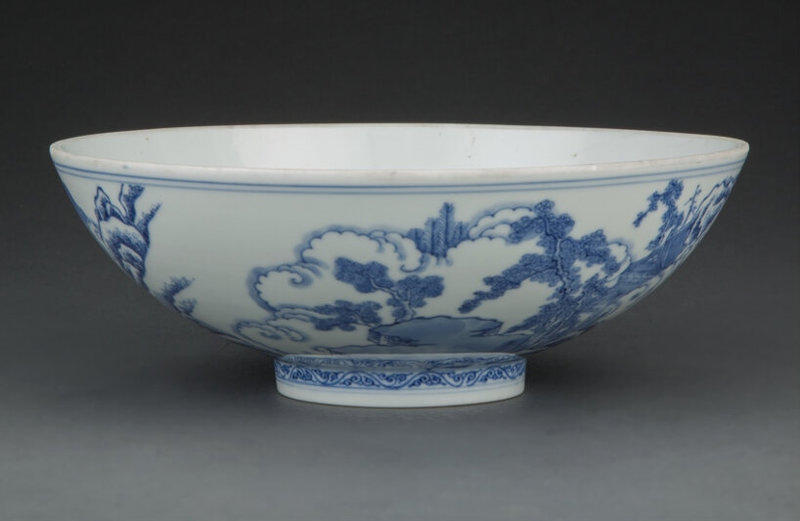 Other top Chinese porcelain lots in the sale include, but are not limited to: The pair of large hexagonal planters with flat top rim decorated in blue and white glaze. 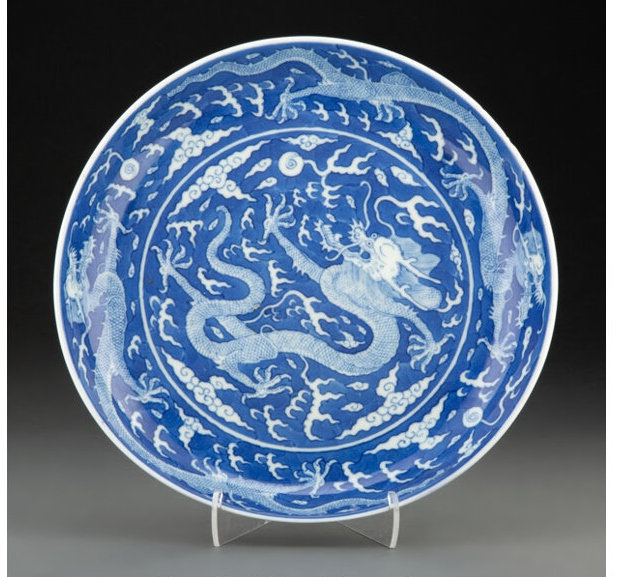 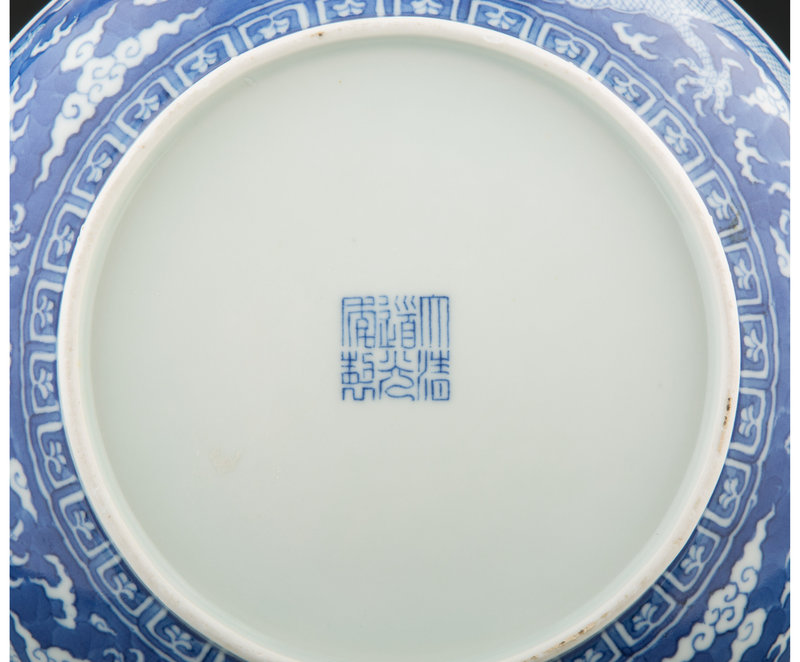