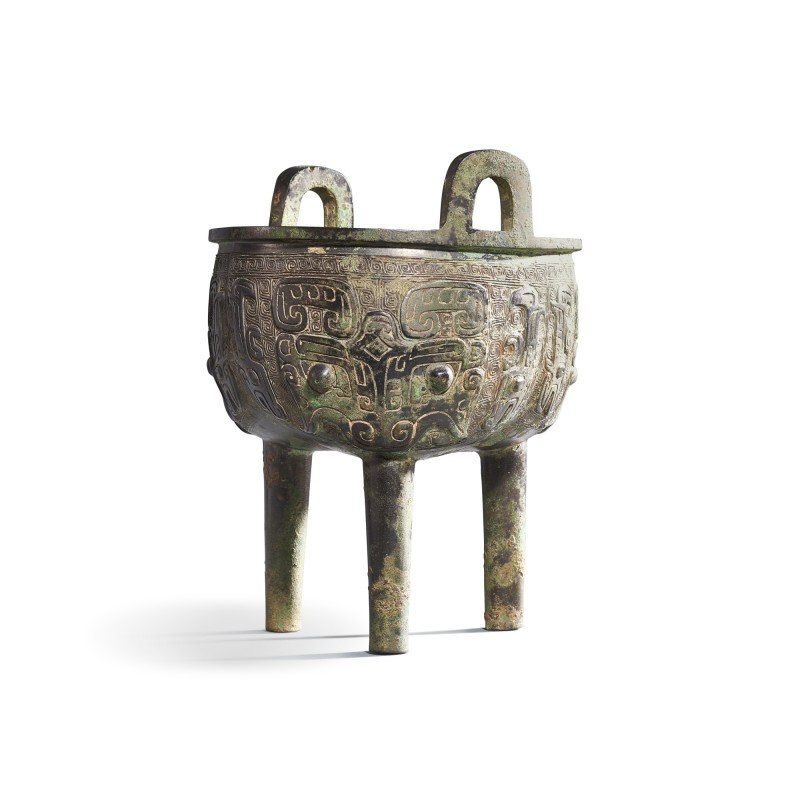 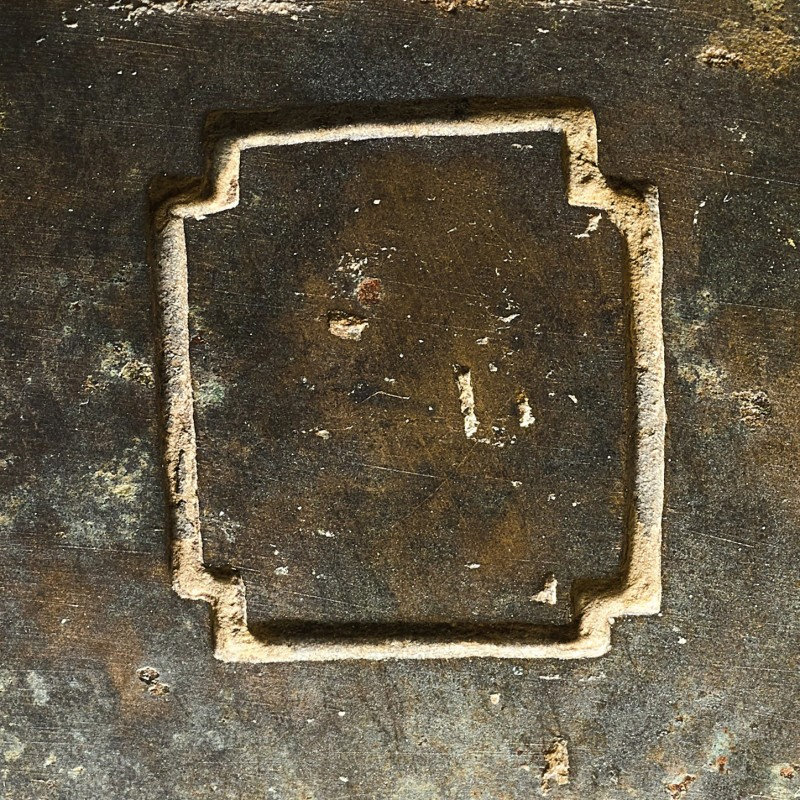 the deep bowl divided into three lobes each resting on a columnar leg tapering slightly toward the foot, the everted rim set with a pair of plain loop handles, each lobe of the body finely cast with a taotie mask with protruding eyes and horns, flanked by descending serpentine creatures, all against a dense leiwen ground and below a further leiwen band, the interior cast with a single character inscription ya.

Note: Associated with royal power, ding were among the most significant objects produced in China's Bronze Age, legitimizing a ruler's authority to lead the religio-political complex. According to legend, King Yu, founder of the Xia dynasty, cast nine large bronze ding, one for each of the nine provinces in his kingdom. This form, which continuously evolved over the centuries, derived from pottery tripod vessels made in the preceding Neolithic period. Used during ritual ceremonies as food or cooking vessels, ding continued to play an important role in the Shang and Zhou dynasties, as evidenced by the large numbers found in royal tombs. The tomb of Fu Hao in Anyang, for example, contained over twenty-six vessels of this type.