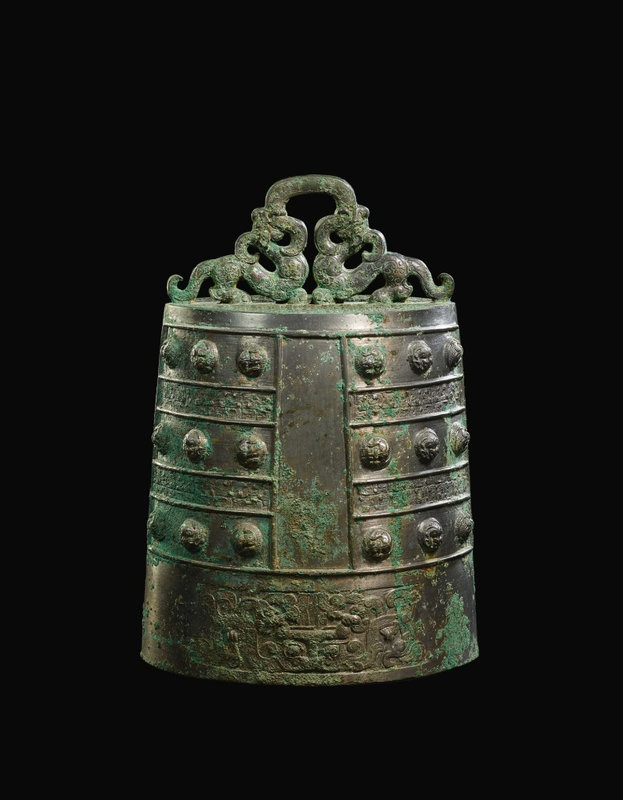 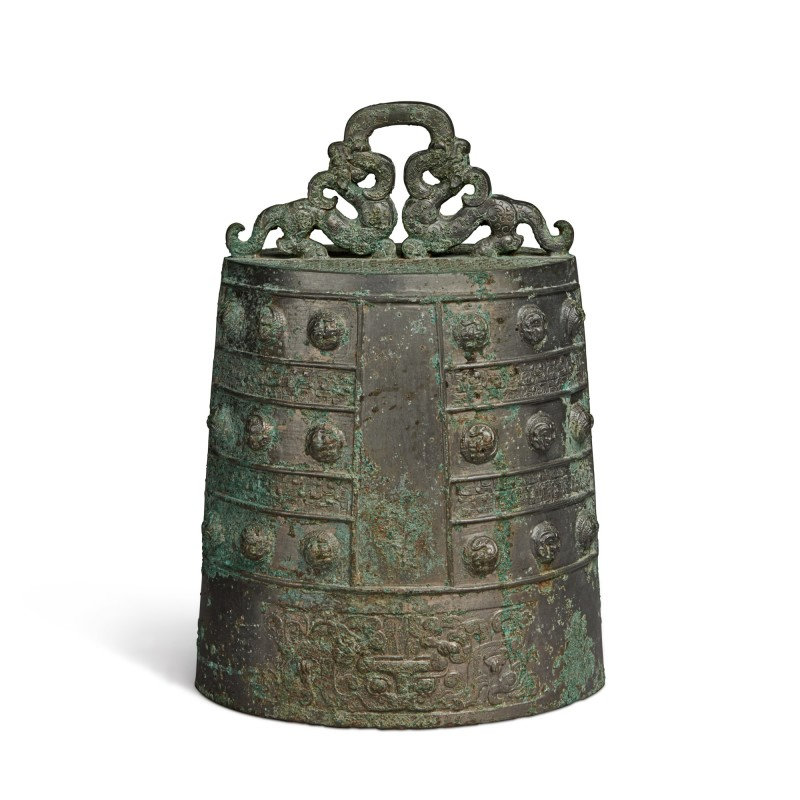 of tapered oval section, each side cast with four principal registers, the broad lowest register cast in low relief with a taotie mask formed of interlinked dragons, the upper three registers divided by a central vertical panel and each bearing six large hemispherical bosses cast in the form of coiled dragons, horizontal bands of interlaced dragons between each register, the flat top decorated with further bands of interlaced dragons, surmounted by an elaborate openwork suspension loop in the form of a pair of confronting feline mythical beasts, their sinuous bodies moving in an undulating rhythm from their curling tails to their arched torsos and long necks turned back to grasp the loop with their jaws.

Note: Exquisitely cast with confronting dragons on its handle and a large taotie mask on the lower register, this magnificent bell (bo) is a fine example of bronzes created during the Eastern Zhou dynasty (770-256 BC). Known as bo zhong for their level rims and loop handles, bronze bells of this type would have been suspended from a frame and sounded by striking with a hammer.

The present piece is closely related to a set of nineteen bo zhong of graduated sizes, unearthed from the tomb of Zhaoqing, a high-ranking official of the Jin state during the late Spring and Autumn period (770-476 BC), in Taiyuan, Shanxi province, now in the collection of Shanxi Archaeology Institute, illustrated in Zhongguo qingtongqi quanji / The Complete Collection of Chinese Archaic Bronzes, Eastern Zhou, vol. 8, Beijing, 1995, pls 111-114. Compare also a larger bronze bell preserved in the British Museum, London (acc. no. 1965,0612.1), included in the International Exhibition of Chinese Art, Royal Academy of Arts, London, 1935, cat. no. 181.