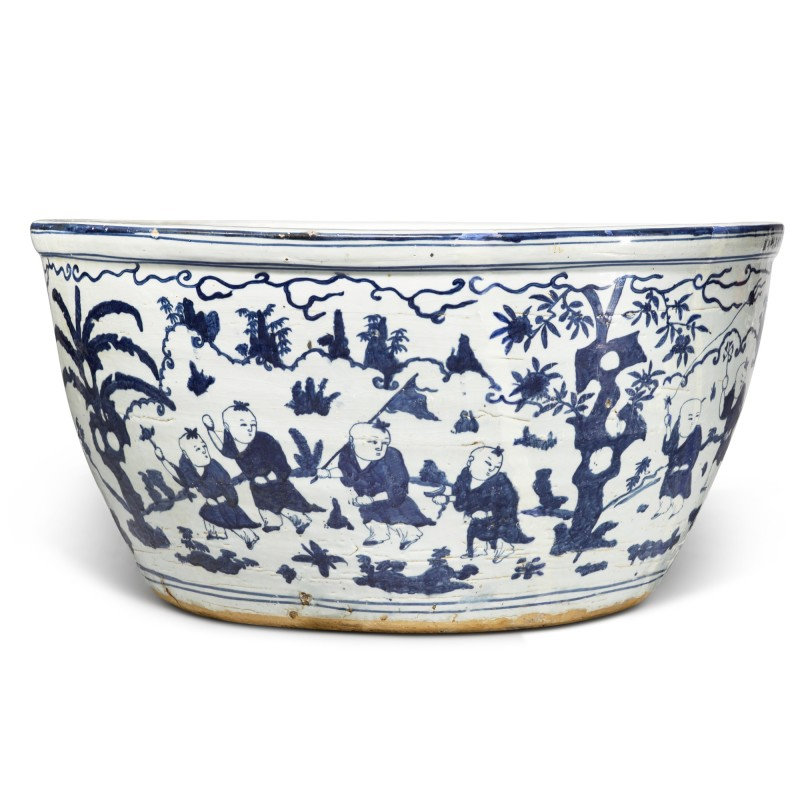 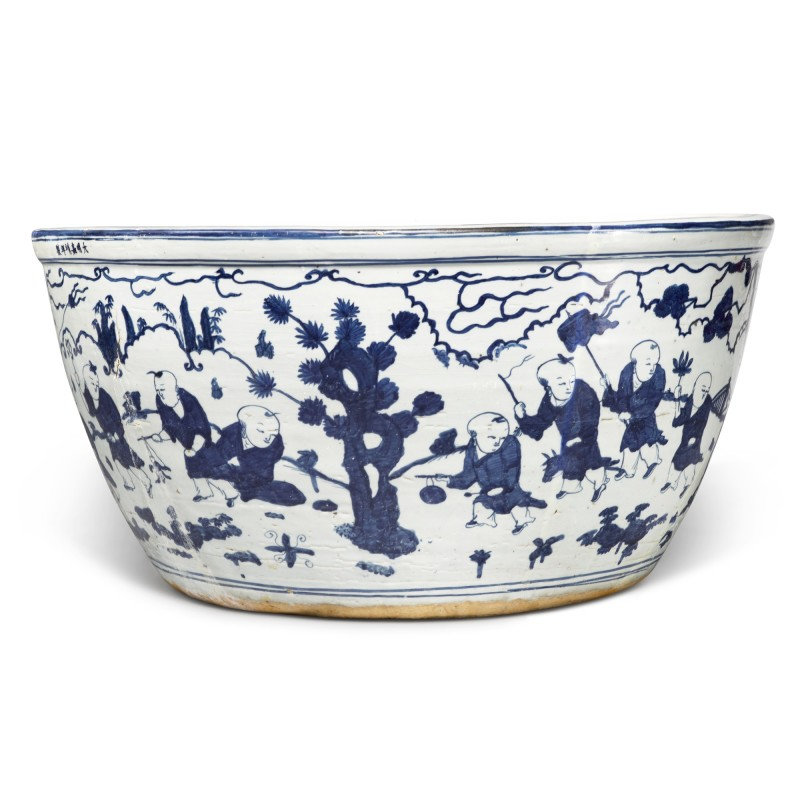 the broad sides widening at the mouth, painted in deep cobalt blue with a continuous scene of playful boys engaged in various activities amidst a landscape setting, some holding lanterns, parasols, and chimes, others flying a kite or playing weiqi, all below thin scrolling cloud wisps and a galleried rim painted with line borders and a six-character mark in underglaze blue.

Note: The present fishbowl is impressive for its large size and animated design of playful boys painted in striking underglaze blue. Vessels of these dimensions were especially difficult to produce, as explained by R.L. Hobson in The Wares of the Ming Dynasty, London, 1923, p. 19 and p. 110, where he notes that such vessels needed up to nine days of firing and that Imperial potters were driven to despair, since many pieces consistently failed to come out perfectly year after year.

A similar vessel is illustrated in Enlightening Elegance: Imperial Porcelain of the mid to late Ming, the Huaihaitang Collection, Hong Kong, 2013, pl. 57, with the boys in a more lush setting. Two examples in the Shanghai Museum, Shanghai, one painted with dragons and the other with Buddhist lions, are published in Lu Minghua, Shanghai bowuguan cangpin yanjiu daxi: Mingdai guanyao ciqi [Ming imperial porcelain], Shanghai, 2007, pls 3-84 and 3-85. A Jiajing mark and period fishbowl with a continuous scene of a lotus pond was sold at Christie's London, 10th July 2006, lot 118.