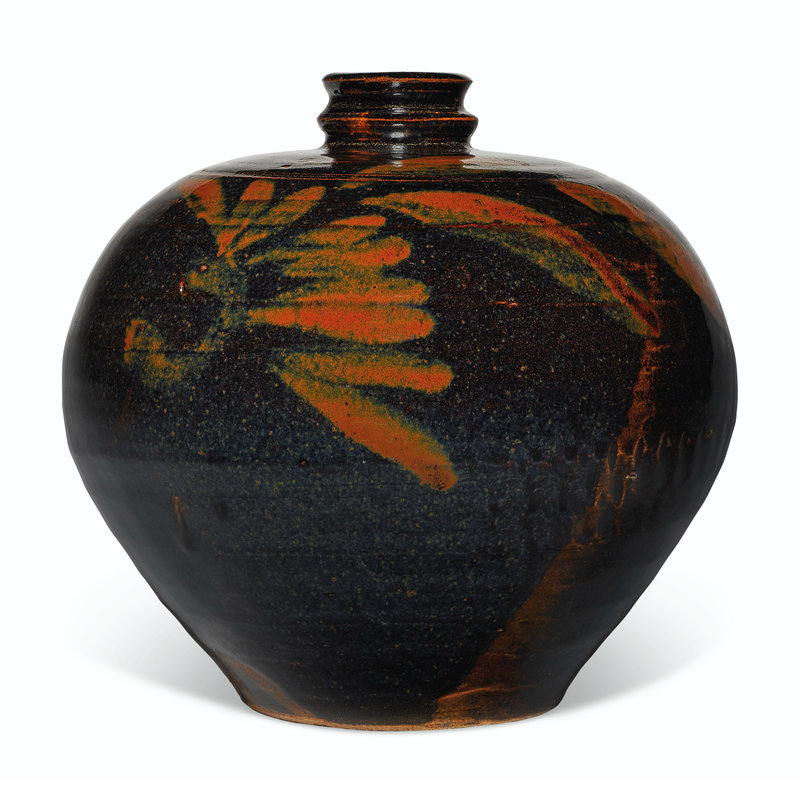 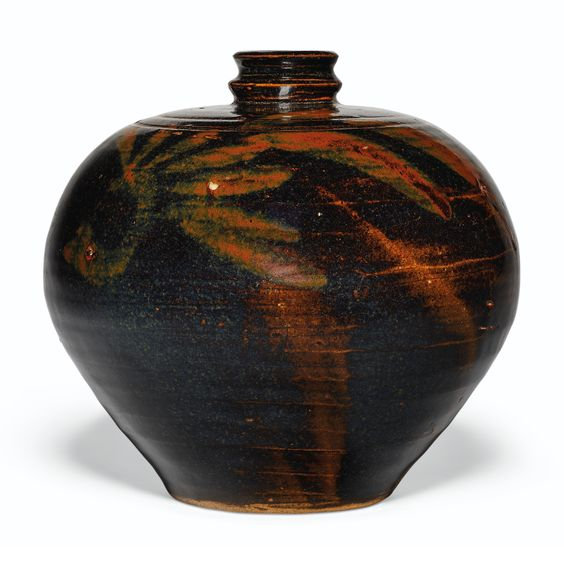 The tapering ovoid bottle is surmounted by a small double-ribbed neck, and covered with a lustrous black glaze. The shoulder is painted in russet-brown with two long-tailed birds in flight.

Note: Ovoid jars of this type, with these distinctive small, double-ringed lips, are termed xiaokou ping (small-mouthed bottles) and were probably sealed with a fabric-wrapped wooden dowl and used for storing wine and other liquids. Typically dark-glazed, such bottles are often painted in russet or rust-brown slip with abstract floral decoration or designs suggestive of birds in flight, such as those seen on the present example, characteristically rendered with vigorous, calligraphic strokes.

A bottle from the collection of Robert M. Ferris IV with similarly-painted birds in flight rendered in russet against a black glaze is illustrated by R. Mowry, Hare's Fur, Tortoiseshell, and Partridge Feathers, Harvard University Art Museums, Cambridge, 1996, p. 162, no. 53. Another black-glazed example painted with birds in russet is illustrated R. Krahl, Chinese Ceramics from the Meiyintang Collection, vol. 1, London, 1994, p. 255, no. 465