This exhibition shows the influence of Islamic Art on the high jewellery Maison Cartier in its design of jewellery and precious objects from the beginning of the 20th century to the present day. More than 500 pieces including jewellery and objects from the Cartier Collection, private and public loans, masterpieces of Islamic art, drawings, books, photographs and archival documents, trace the origins of the jeweller’s interest in Oriental motifs.

The exhibition explores the origins of this influence through the Parisian cultural context and the figure of Louis and Jacques Cartier, two of the founder’s grandsons, who played a major role in creating a new aesthetic suffused with modernity. The American architectural firm DS+R (Diller Scofidio + Renfro) was commissioned to design the exhibition’s scenography. 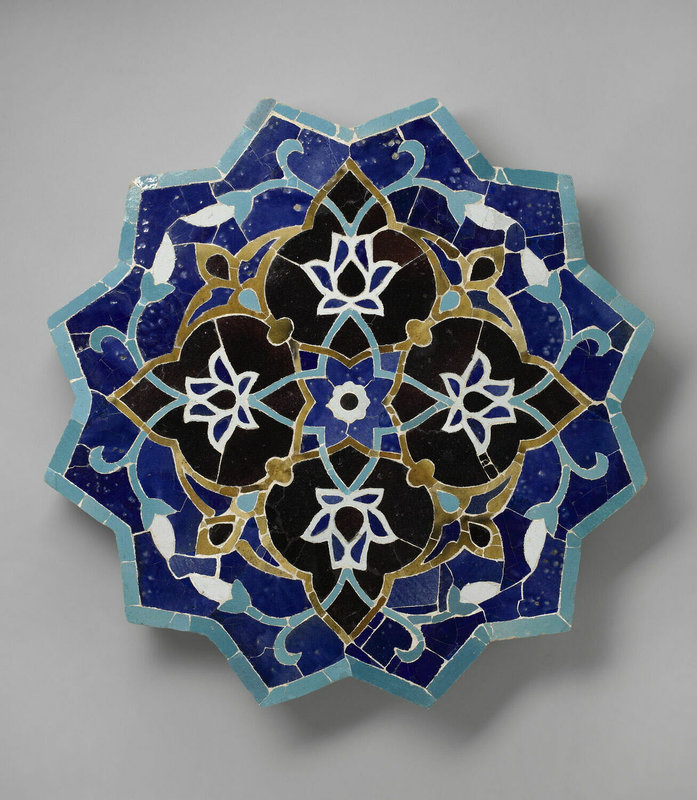 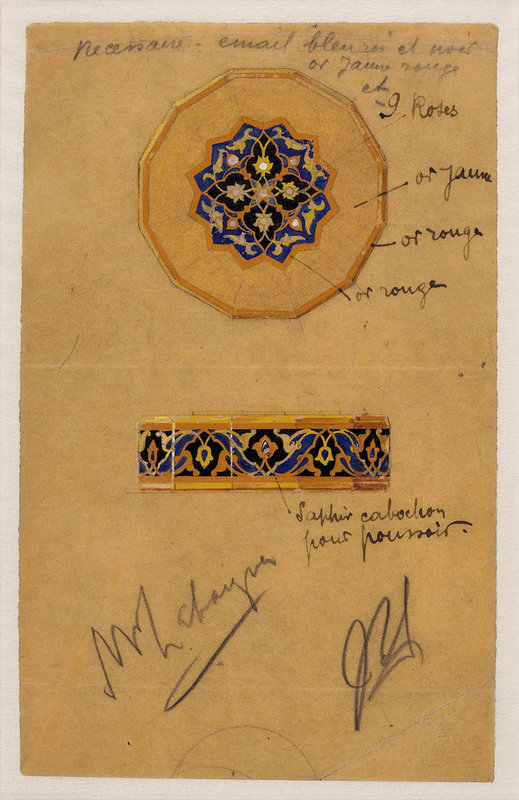 Founded in 1847 by Louis-François Cartier, the House of Cartier initially specialised in selling jewellery and works of art. His son, Alfred, took over the management of the business in 1874, and his eldest son, Louis, later joined him in 1898. By that time, Cartier was designing its own jewellery, while continuing to resell antique pieces. At the beginning of the 20th century, Louis Cartier sought new inspiration. At the time Paris was the epicentre of the Islamic art trade and it was undoubtedly through major exhibitions organised at the Musée des Arts Décoratifs in Paris in 1903 and then in Munich in 1910, that Louis enthusiastically discovered these new shapes which were gradually spreading throughout French society. 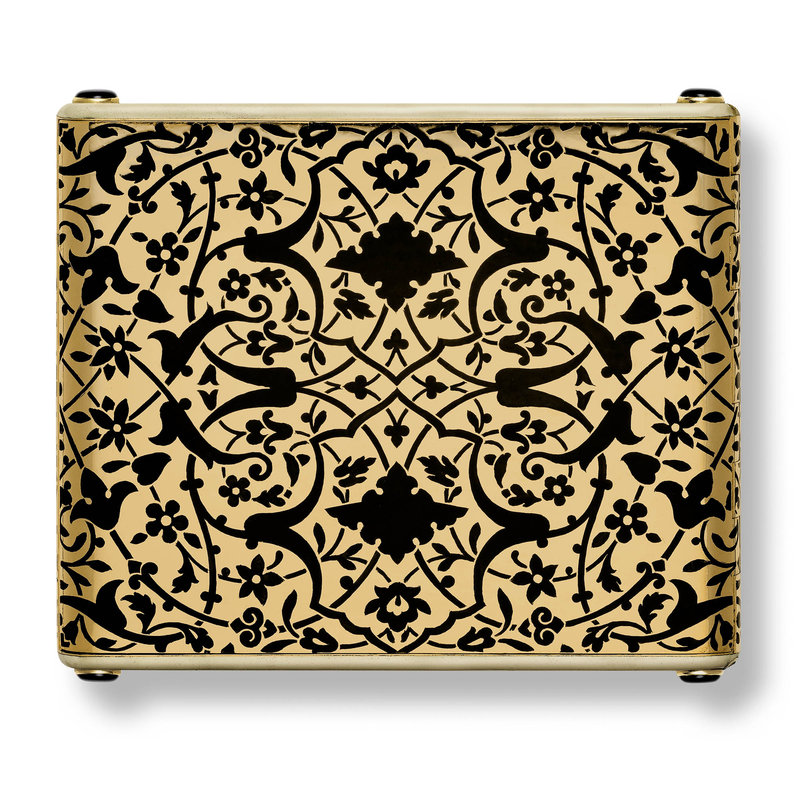 The exhibition is organised as a themed chronological tour divided into two parts, the first of which explores the origins of this interest in Islamic art and architecture through the cultural backdrop of Paris at the beginning of the 20th century and reviews the creative context among designers and studios as they searched for sources of inspiration. The second part illustrates the lexicon of forms inspired by Islamic art, from the start of the 20th century to the present day. From the outset, visitors find themselves immersed in these shapes and motifs with three of Cartier’s iconic creations set against masterpieces of Islamic art. Along the North Gallery, you are invited, room after room, to explore the creative process and the initial sources of inspiration in jewellery design. The books in Louis Cartier’s library and his collection of Islamic art were made available as resources for designers. Louis’ personal collection, reconstructed thanks to the archives of the House of Cartier, is represented here through several masterpieces reunited for the first time since the dispersion of his collection. Charles Jacqueau was an important as well as brilliant member of Cartier’s team of designers. A selection of his design drawings is presented here thanks to an exceptional loan from the Petit Palais, Fine Arts Museum of Paris. The exhibition continues by exploring Jacques Cartier’s travels, including to India in 1911, where he met with Maharajahs of the subcontinent. The trading of gemstones and pearls offered Jacques Cartier a way into this country. It enabled him to build relationships with Maharajahs all the while collecting antique and contemporary jewellery, which he would either resell unchanged, use as inspiration, or dismantle for integration into new designs.

These different sources of inspiration, and the Oriental jewellery that enriched the House of Cartier’s collections helped to redefine shapes as well as craftsmanship techniques. The head ornaments, tassels, bazubands (an elongated bracelet worn on the upper arm) came in a wide range of shapes, colours and materials to suit the fashions of the time. The flexibility of Indian jewellery led to technical innovation, new settings, and different methods of assembling pieces. Incorporating different parts of jewellery, fragments of Islamic works of art referred to as ‘apprêts,’ and the use of Oriental textiles to create bags and accessories, was also a hallmark of the House of Cartier in the early 20th century. 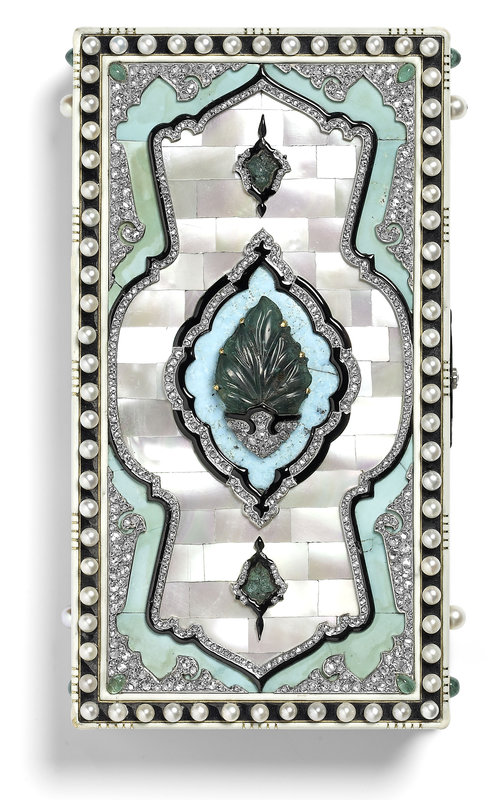 The second part of the exhibition, in the South Gallery, is dedicated to the lexicon of forms inspired by Islamic art, particularly thanks to the collections belonging to the Musée des Arts Décoratifs and the Musée du Louvre. Most of these works were displayed at the first-ever exhibitions devoted to Islamic art. They certainly would have been seen by the Cartier designers or known to them thanks to the publications kept in Louis Cartier’s library.

Although famed for its ‘garland style’ jewellery, from 1904 onwards, Cartier began developing pieces inspired by the geometric patterns of Islamic art found in books about ornamentation and architecture. Enamelled brick decorations from Central Asia and stepped merlons, amongst others, form the basis of a precursory repertoire later described as ‘Art Deco’ - in reference to the ‘Exposition internationale des arts décoratifs et industriels modernes’ in Paris in 1925, bringing Cartier into the modern world very early on.

Cartier’s production under the artistic direction of Louis Cartier is notable for the inspiration he took from the Persian world as well as the art of the book. The patterns which decorate bindings – the central medallion surrounded by fleurons and corner pieces – were sometimes reproduced exactly, but more often pulled apart and recreated to form a pattern whose source is indiscernible to the untrained eye. This is the case with mandorlas, palmettes, foliage, sequins, scrolls, scales, etc. Louis innovated with bold combinations of colours and materials, combining lapis lazuli and turquoise, matching the green of jade or emerald with the blue of lapis lazuli or sapphire to create his famous ‘peacock pattern.’ In the 1930s, under the artistic direction of Jeanne Toussaint, Cartier’s style gave way to new shapes and colour combinations inspired mainly by India. Tutti Frutti pieces, sautoirs, and voluminous jewellery characterised Cartier’s highly recognisable style and its creations of the second half of the 20th century.

The tour of the exhibition ends in the Central Hall with digital devices created by Elizabeth Diller’s teams from the DS+R studio, bringing another dimension to the jewellery.

The patterns and shapes from Islamic art and architecture, sometimes easily identifiable, at other times broken down and redesigned to make their source untraceable, became an integral part of the stylistic vocabulary of the designers. Today, they still form a part of the Cartier repertoire, as illustrated by the contemporary jewels which complete the exhibition. 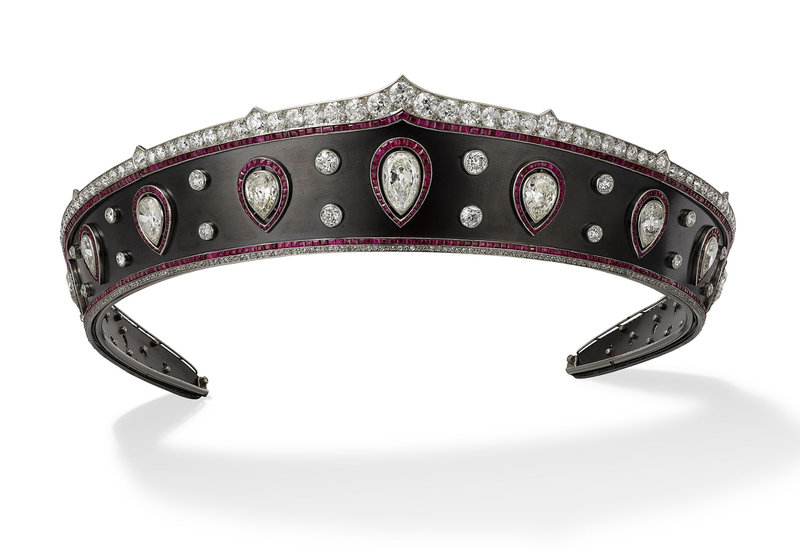 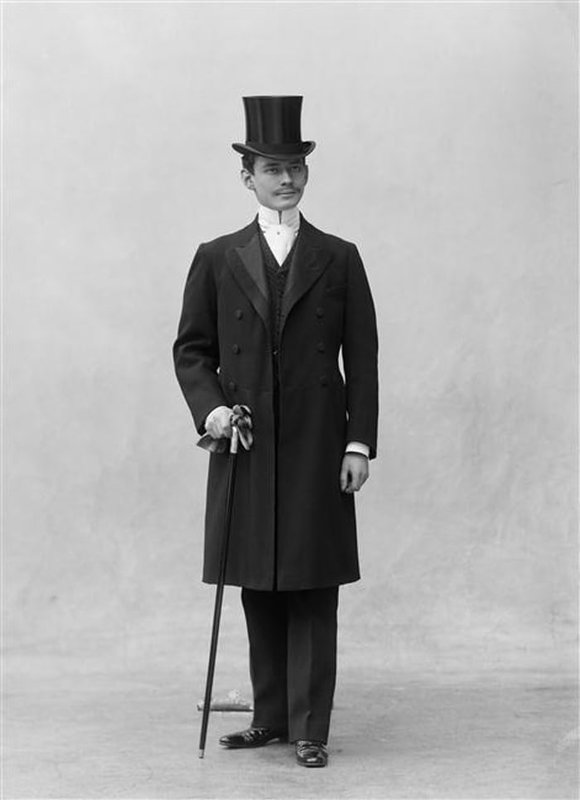 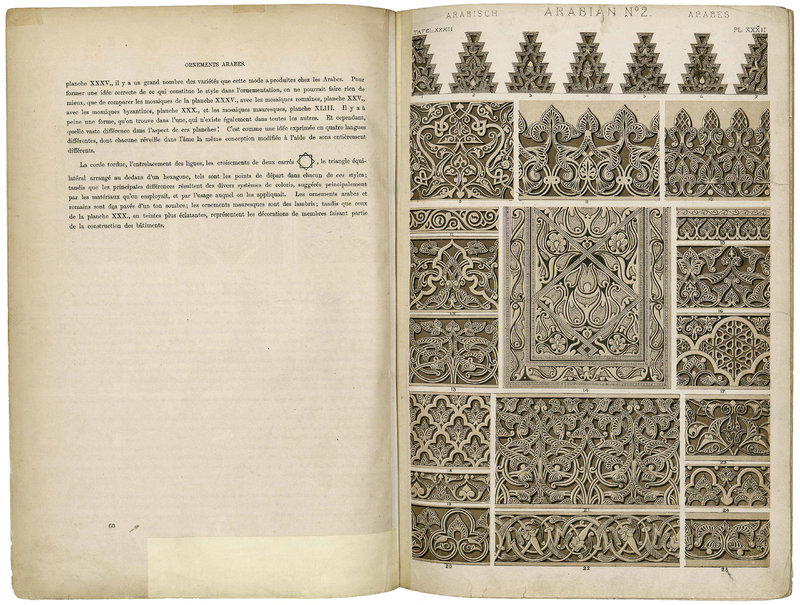 Hindu necklace, Cartier Paris, 1963. Platinum, gold, diamonds, sapphires, emeralds, rubies. Made as a special order for Daisy Fellowes in 1936, altered at the request of her daughter, the Countess of Castéja, in 1963. Nils Herrmann Cartier Collection © Cartier