Nerio (active late 13th–early 14th centuries). Cutting from a choirbook (antiphonary): Easter Scenes: The Three Maries at the Tomb with the Angel of the Resurrection, and The Resurrected Christ Appearing to the Three Maries (in initial A), ca. 1315. Tempera, gold, and ink on parchment, 9 3/8 x 9 3/8 in. The Metropolitan Museum of Art, New York, New York, Rogers Fund, 12.56.1.

NASHVILLE, Tenn.—The Frist Art Museum presents Medieval Bologna: Art for a University City, the first major museum exhibition in the United States to focus on medieval art made in the prosperous northern Italian city of Bologna. Conceived and organized by Frist Art Museum senior curator Trinita Kennedy, the exhibition of illuminated manuscripts, paintings, and sculptures will be on view in the Frist’s Upper-Level Galleries from November 5, 2021, through January 30, 2022.

The nearly 70 objects in the exhibition span from 1230 to 1400, from the first great flowering of manuscript illumination in Bologna to the beginnings of the construction and decoration of the ambitious Basilica of San Petronio in the city’s Piazza Maggiore. On view will be many illuminated law textbooks, which are fascinating for their distinctive page layouts and iconography as well as their notable size and heft. The works are drawn primarily from American libraries, museums, and private collections, including the J. Paul Getty Museum, the Library of Congress, The Metropolitan Museum of Art, the National Gallery of Art, the New York Public Library, and Princeton University Library. Loans are also being sought from the Museo Civico Medievale in Bologna.

The exhibition explores how medieval Bologna, with its porticoed streets, towers, communal buildings, main piazza, and mendicant churches, became a center for higher learning at the end of the Middle Ages. Home to the oldest university in Europe, Bologna fostered a unique artistic culture with its large population of sophisticated readers. The city became the preeminent center of manuscript production south of the Alps, and it helped bring about a revolution in the medieval book trade. Manuscripts circulated in a thriving market of scribes, illuminators, booksellers, and customers operating mostly outside traditional monastic scriptoria. The university initially specialized in law, and many law books were illuminated in Bologna with brightly colored narratives. Professors enjoyed high social status and were buried in impressive stone tombs carved with classroom scenes.

A highly respected curator in the field of medieval and renaissance art, Kennedy also organized the award-winning exhibition Sanctity Pictured: The Art of the Dominican and Franciscan Orders in Renaissance Italy, on view at the Frist in 2014–15, and edited the companion catalogue of the same title. The research that originated with the exhibition was the basis for an honors seminar at Tulane University.

The exhibition is accompanied by a 256-page lavishly illustrated hardback catalogue titled Medieval Bologna: Art for a University City, published by Paul Holberton Publishing (London). Edited by Frist Art Museum senior curator Trinita Kennedy, the publication includes seven essays and is the first major study in English about manuscript illumination, painting, and sculpture in Bologna between the years 1200 and 1400. The essays—by academics, a conservator, curators, and a museum educator—create a rich context for the works in the exhibition, many of which have never been studied in depth or published before. The book aims to expand our understanding of art and its purposes in the medieval world. 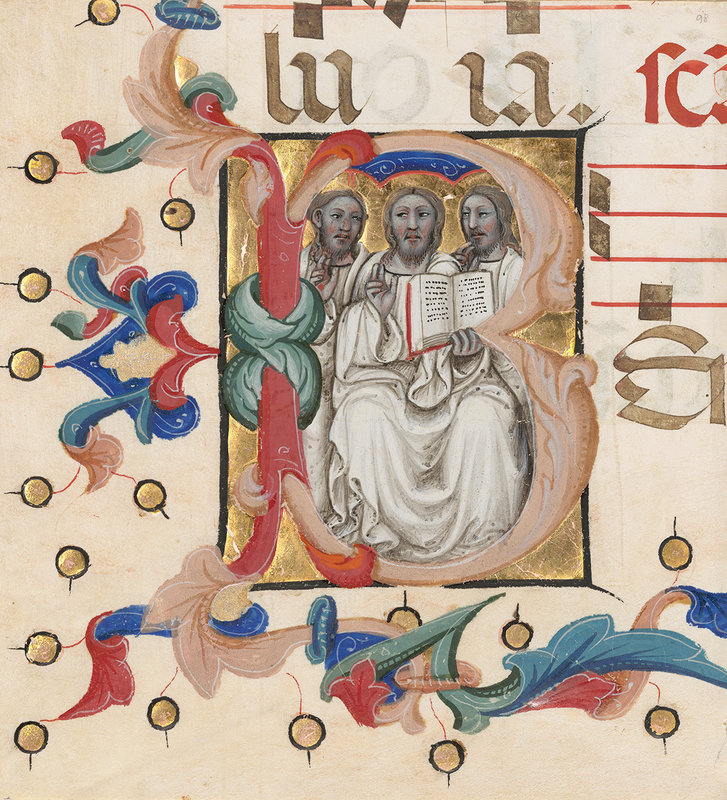