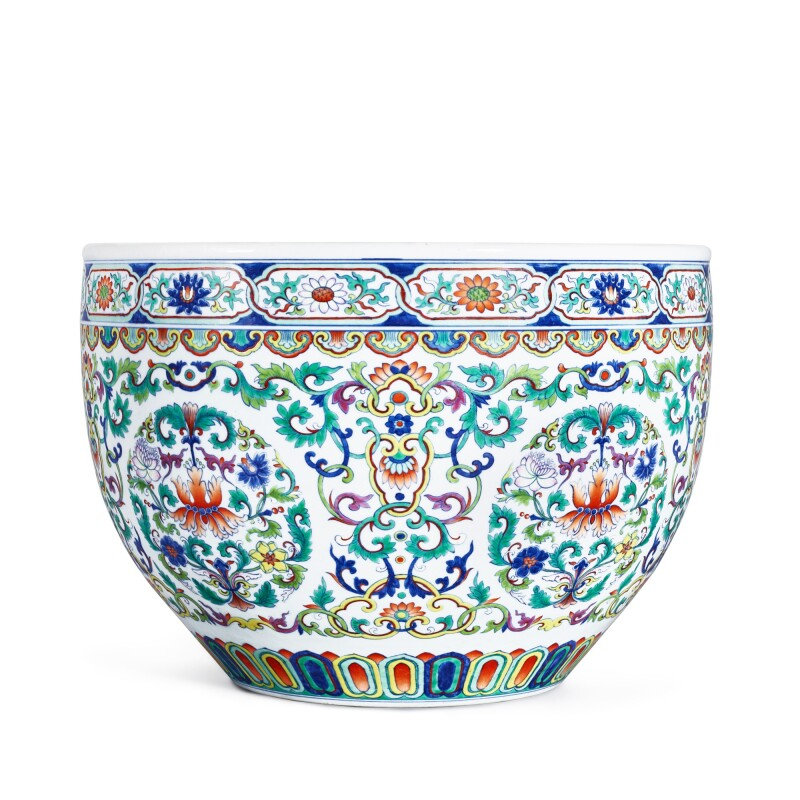 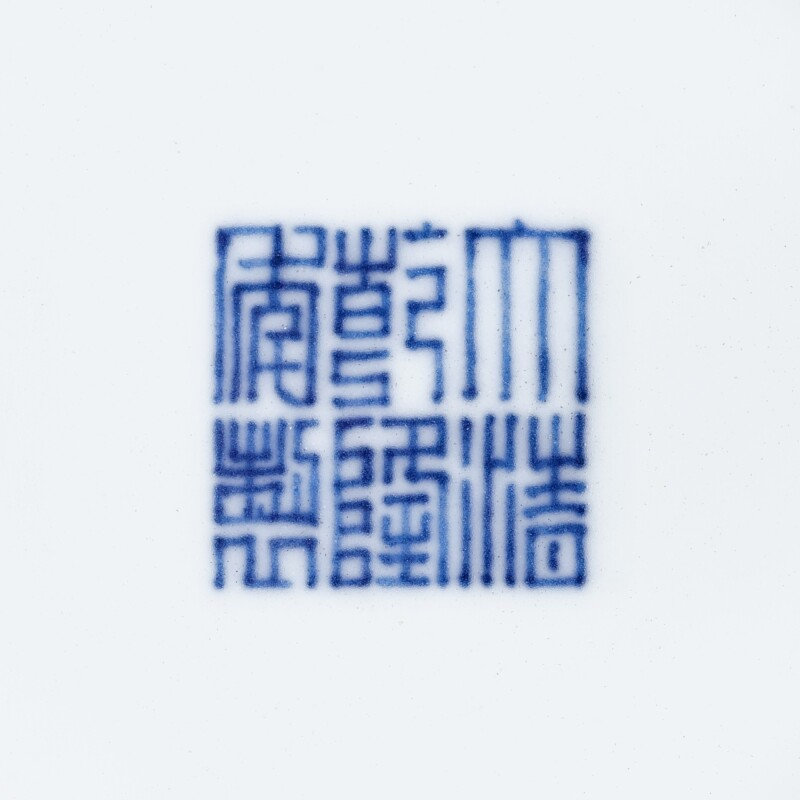 sturdily potted with deep rounded sides gently rising from a recessed base to an incurved lipped rim, finely decorated in a brilliant doucai palette with famille-rose accents around the exterior with five large medallions enclosing a large lotus bloom surrounded by smaller blossoms amidst curling leaves, each divided by elaborate floral strapwork, all between a border of lotus lappets around the base and ruyi and floral panel borders below the rim, inscribed to the base with a six-character seal mark in underglaze blue, the interior plain.

Note: The present jardinière belongs to a small group of vessels that successfully incorporate two decorative styles – the doucai palette invented in the Ming dynasty, and famille-rose enamels developed in the Yongzheng period. The sturdily potted vessel, densely painted with Rococo-inspired composite floral scrolls outlined in cobalt blue and enhanced by bright, opaque enamels, represents the Qianlong Emperor's eclectic taste that shaped the development during his reign.