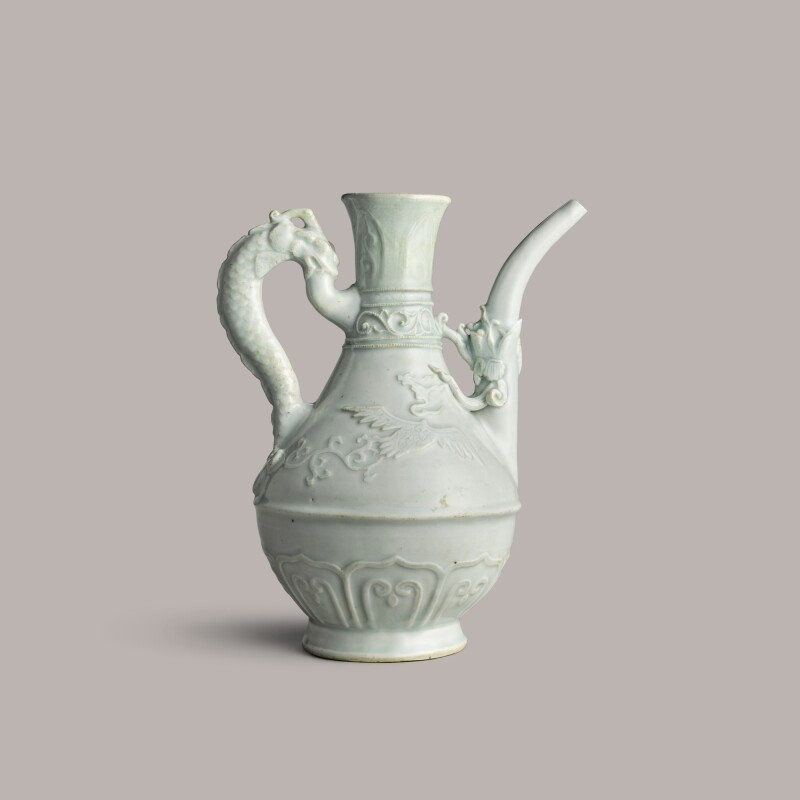 the pear-shaped body rising to a tall gently flaring neck, supported on a splayed foot, the body set with a slender curved spout issuing from the mouth of a dragon, connected to the body by an elaborate strut set opposite a high arched handle formed by the scaled body of a dragon-fish, the exterior of the body decorated with two Phoenix in flight and covered with a pale blue transparent glaze.