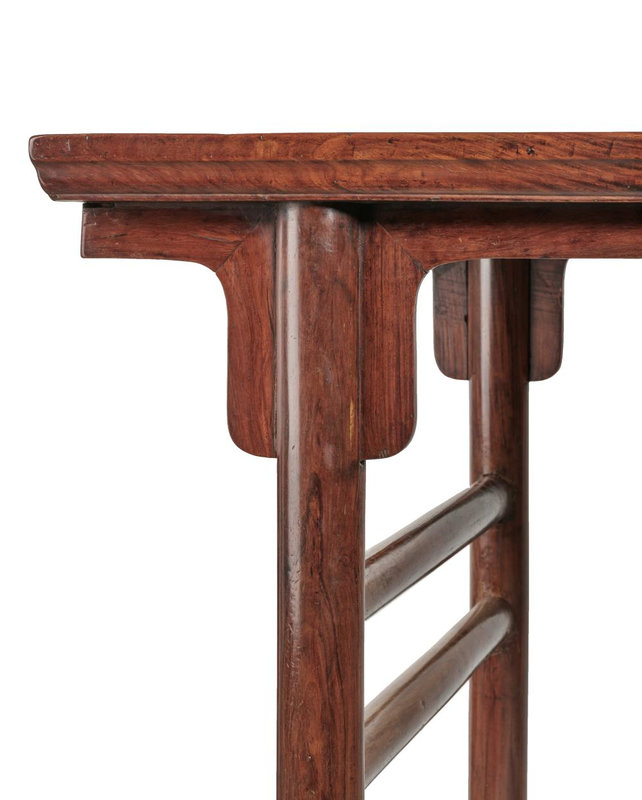 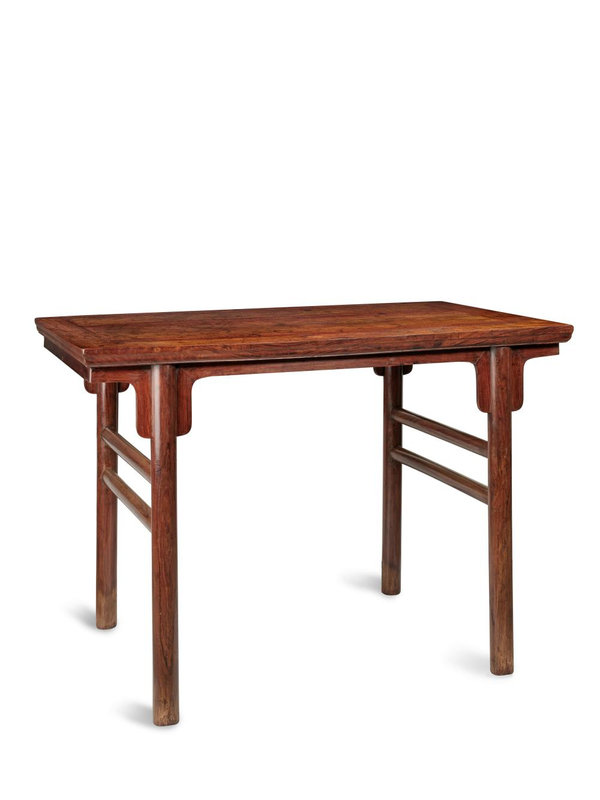 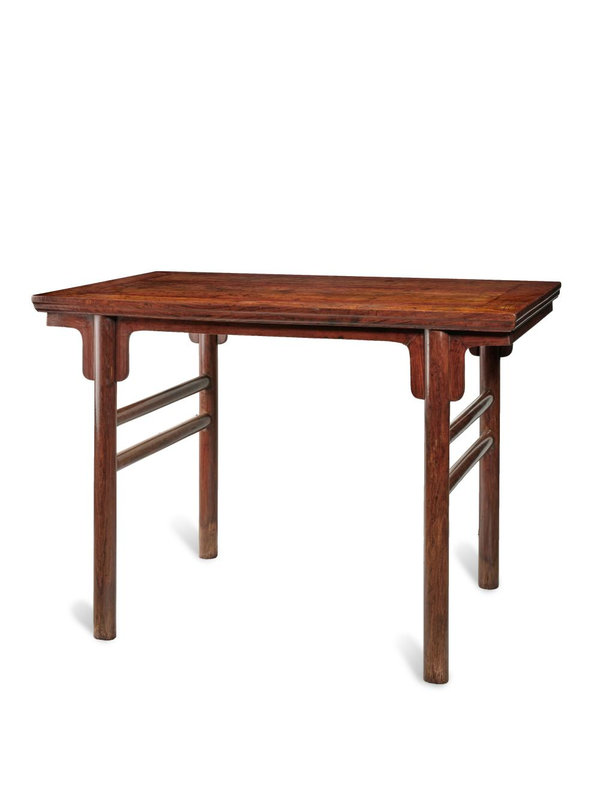 The two-panel top set within the wide rectangular frame, above plain aprons and spandrels moulded with beaded, thumb-grooved edge, the whole supported on slightly splayed legs of rounded section and joined by pairs of similar stretchers.

Note: The recessed-leg table is among the best-known and recognisable forms found in classical Chinese furniture construction. The simple yet elegant lines of the design make it the best epitome of scholars' fondness for unassuming and functional furniture.

The particular use of thick, substantial sections of huanghuali for the top, frame, aprons and legs, and the fine grain and the rich honey-colour tone of the timber, show that it would have been made for a high-rank official or a wealthy literati family.

The basic proportions were adaptable to make large and smaller tables, benches and stools. This iconic Ming design is referred to in the 'Classic of Lu Ban' Lu Ban Jing, a carpentry manual dating to the early Ming dynasty, as a 'Character One Table' due to its similarity in profile to the single horizontal stroke of the Chinese character for the number 'one'; see C.Clunas, Chinese Furniture, London, 1988, p.47 Large tables are often inaccurately labelled as painting tables. However, to be considered a practical painting table, such as the present lot, which measures 73.5cm (29 in) deep, the surface must be broad enough to accommodate a large painting and the stationerY associated with painting and calligraphy, such as ink cakes, ink stones, ink holders, water pots, brush rests and washers.