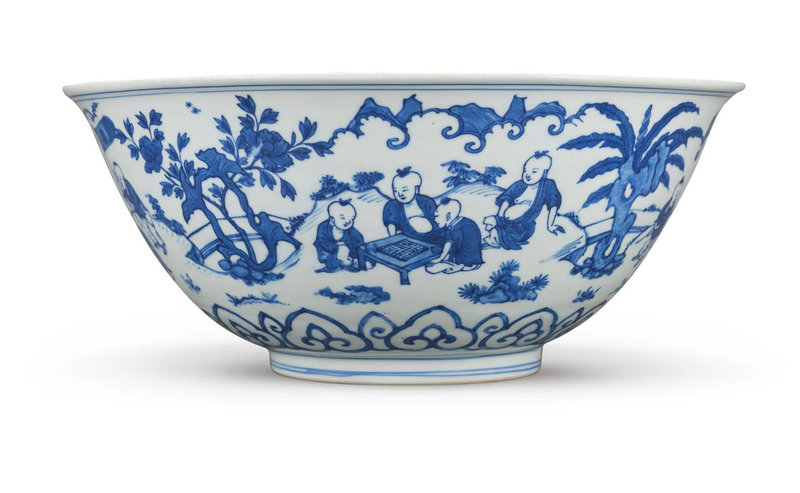 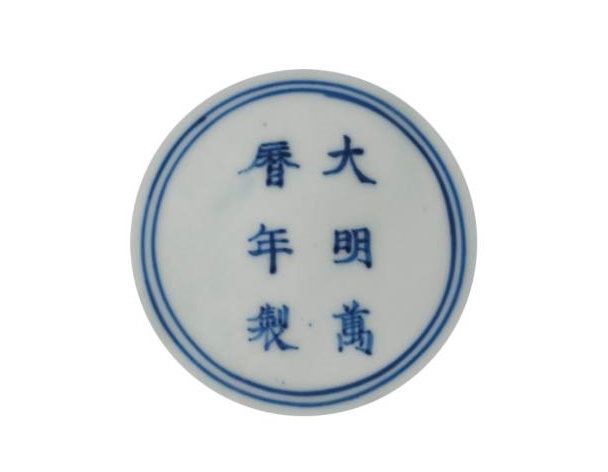 The bowl is painted in bright blue of purplish tone with a continuous scene of sixteen boys at play in a garden with peonies and plantain trees emerging from ornamental rocks, all above a band of conjoined ruyi heads around the base. The centre of the interior is painted with a medallion depicting boys seated at a low table watching a spinning top within a fenced garden.

Compare also with an earlier Jiajing-marked bowl of this design from the British Rail Pension Fund, sold at Sotheby’s Hong Kong, 16 May 1989, lot 21, and at Christie’s Hong Kong, 28 April 2003, lot 654; and three unmarked examples from the Chenghua period, one illustrated by Ayers, Far Eastern Ceramics in the Victoria and Albert Museum, no. 49, another in the Percival David Foundation, exhibited in Elegant Form and Harmonious Decoration, Catalogue, 1992, p. 56, no. 47, and one from the Riesco Collection, sold at Christie’s Hong Kong, 27 November 2013, lot 3113.