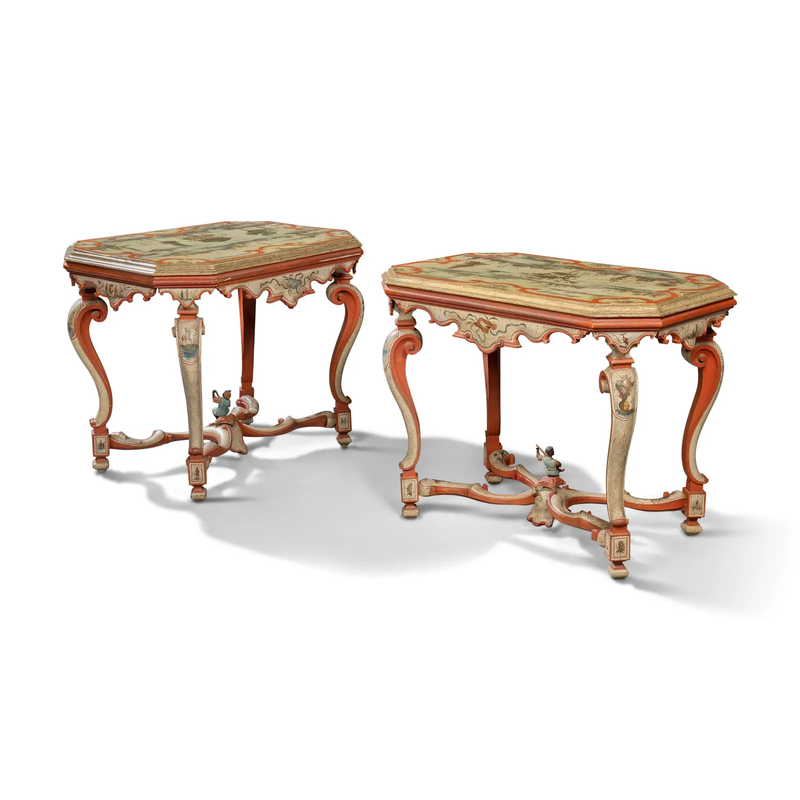 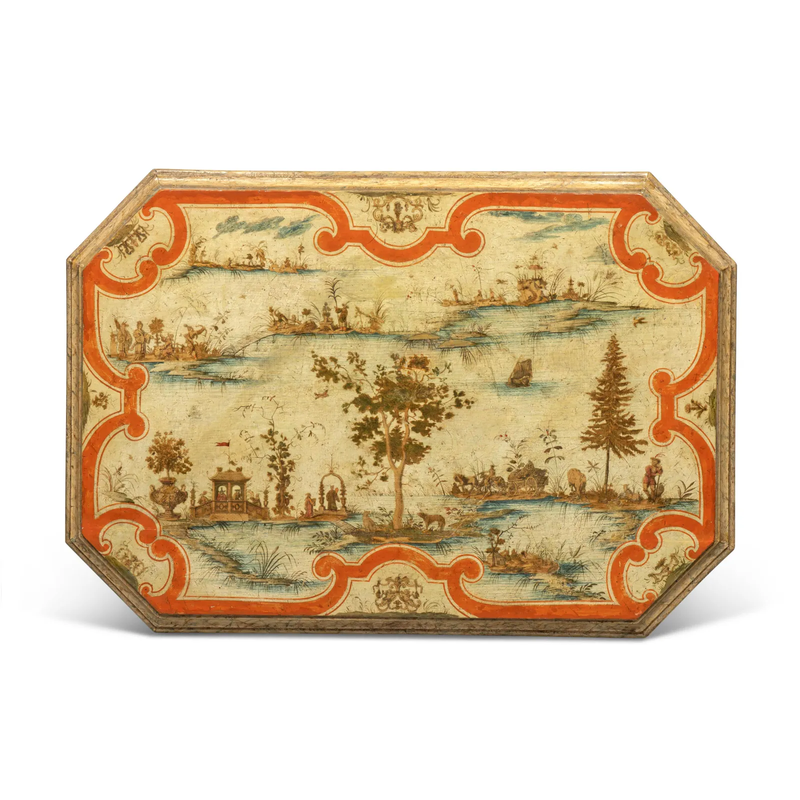 Each with rectangular octagonal moulded top decorated with landscapes, figures in Oriental and European dress, pagodas and genre scenes, above a waved frieze and on scrolling cabriole legs similarly decorated, joined by a waved X-shaped stretcher centred by a figure seated on a tasselled cushion playing the lute; some refreshments to the decoration.

Note: These tables are a beautiful example of the dynamism and skill practiced by the laccatori of Northern Italy during the 18th century. The fashion for exotic lacquers from China and Japan reached its apogee in Venice and in response to rising demand and the high cost of Asian lacquer across Europe, Venetian laccatori were among the first to imitate lacquer. Among these lacquer imitations, the technique of lacca povera or arte povera was developed and found particular popularity in Venice. A form of decoupage, the use of printed vignettes glued to the surface facilitated the manufacturing process while lowering the price of such production. A specific type of varnish called 'sandracca' was applied to this 'printed' decoration in up to 18 layers, providing a finished surface similar to lacquer. At first, chinoiserie motifs closely imitated oriental prototypes but after the middle of the 18th Century and as demonstrated in the current lot, Venetian lacquerers created a variety of different designs, combining chinoiserie motifs with European landscapes, birds, animals and figures.
A centre table with similar decoration was sold From the Estate of the late Giuseppe Rossi, Sotheby's, London, 10-12 March 1999, lot 124.