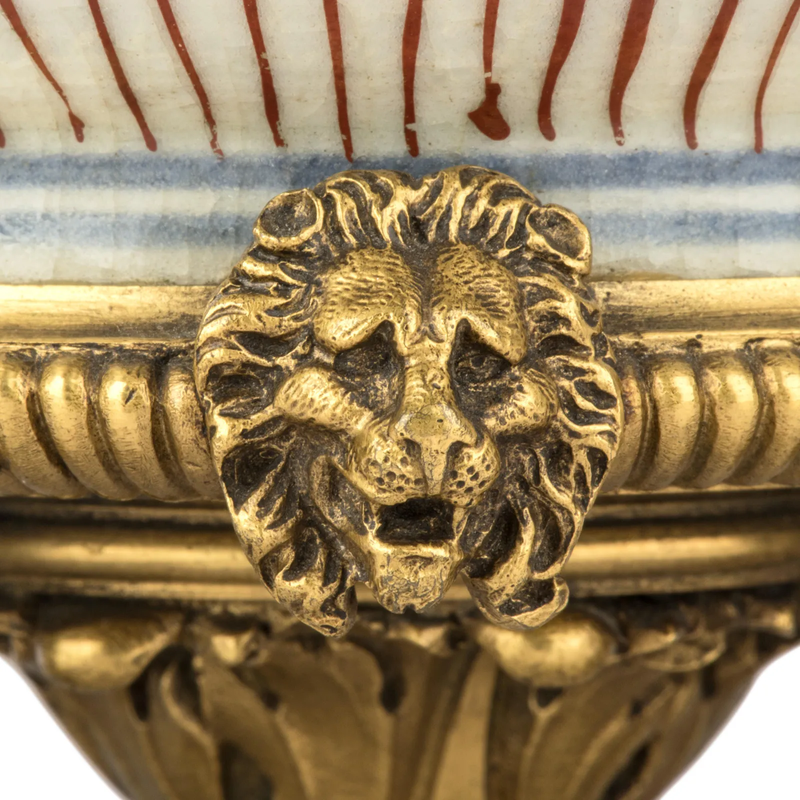 Each of circular form decorated with the three friends of winter: prunus branches, bamboo and pine trees, mounted with a gadrooned rim, the lids with berry finials, raised on three s-scroll feet with lion masks to the gadrooned border in between, the inside of the lids signed 'Escalier de Cristal, Paris'.

Note: Established in 1802 by Mme. Désarnaud, the luxury store of the Maison A L'Escalier de Cristal supplied clocks, lamps and other objets d'art to ruling families in Europe. The firm exhibited to great acclaim at the 1819 Exposition des produits de l'industrie, and was appointed fournisseur breveté du Roi that same year. The business was located in the Palais Royal, a centre of excellence for the high quality jewellers, silversmiths and manufacturers of Objets de Vertu, for which Paris was renowned. The company commissioned manufacturers to supply individual components which were then assembled to the firm's own designs - much in the tradition of the 18th century marchands-merciers, from whom they inherited their specialist profession. The atelier continued its success throughout the century by collaborating with designers and makers such as Gallé and Christofle, until its demise in 1923.