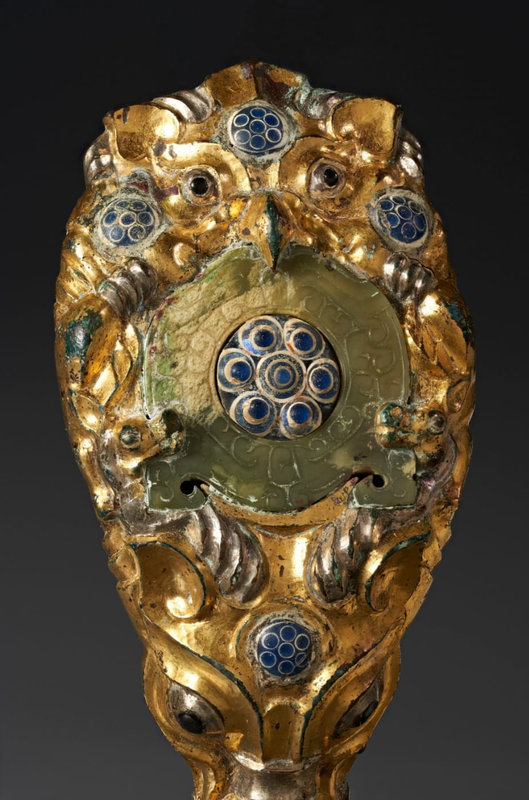 The belt hook is finely cast at one end with an owl-headed beast, grasping in its claws the bodies of two does in its claws, which hold in place a jade bi centered by blue glass inlay, all above a large bovine mask with twisted horns, from which issues an animal-head hook.

Note: This striking belt hook, with its use of Northern motifs, is similar to published examples including one from the Arthur M. Sackler Gallery, Washington DC, illustrated by J. F. So and E. C. Bunker, Traders and Raiders on China's Northern Frontier, Arthur M. Sackler Gallery, Smithsonian Institution, Washington DC, 1995, p. 71, pl. 15 and pp. 154-5, no. 75, and one included in the exhibition, Ancient Chinese bronzes and sculpture, Eskenazi, New York, 28 March - 9 April 2005, no. 5. See, also, the similar example from the Stocklet Collection, Brussels, included in the exhibition catalogue, Ausstellung Chinesischer Kunst, Berlin, 12 January - 2 April 1929, p. 414, no. 1145.