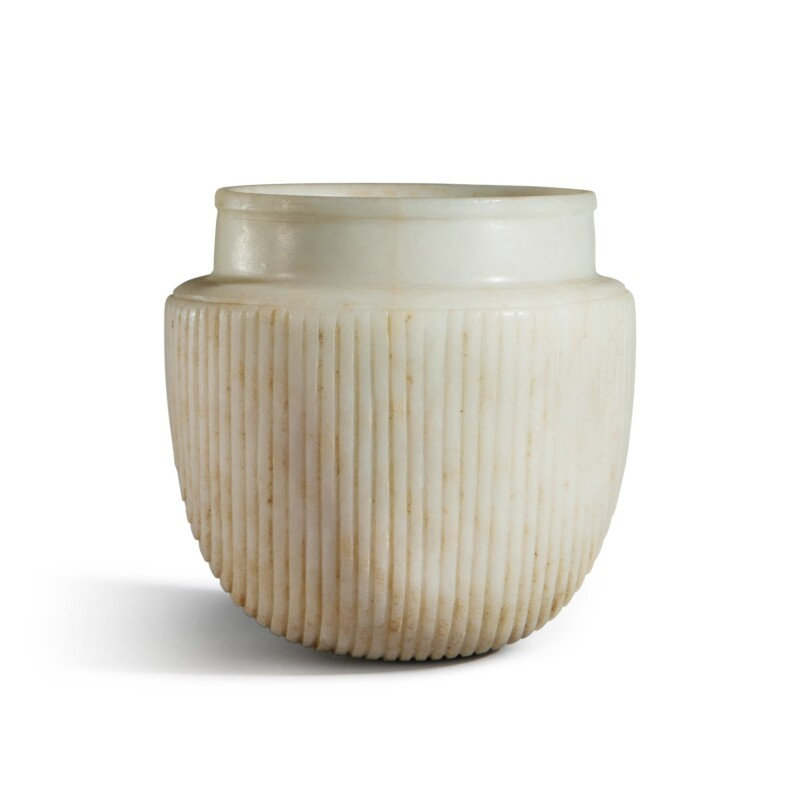 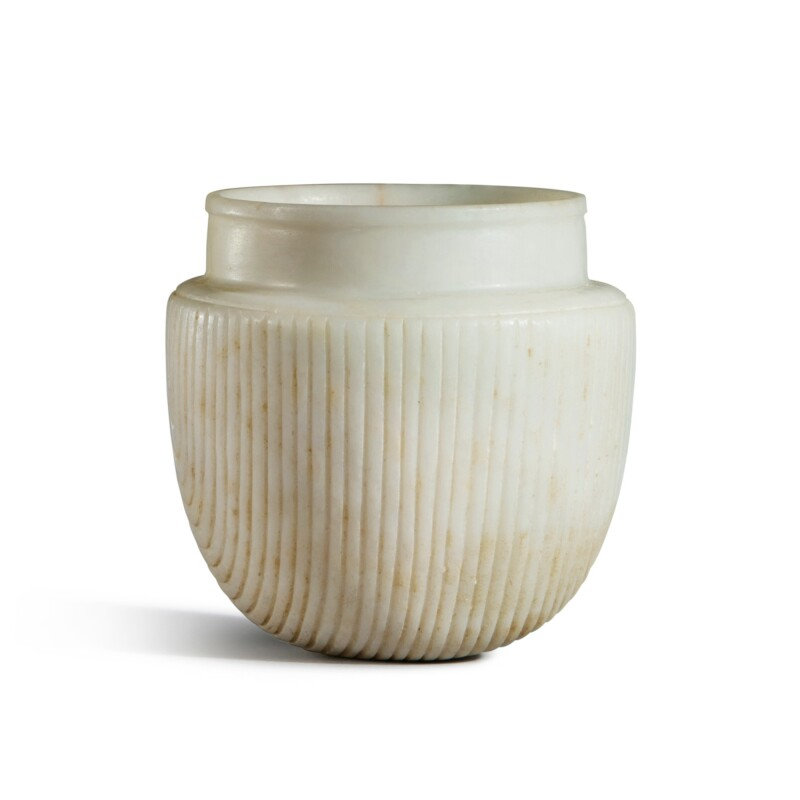 Note: This extremely unusual marble cup belongs to a group of silver, hardstone and ceramic vessels believed to have been produced in imitation of basketwork rice measures. Such cups first appeared in silver during the Tang dynasty, such as one exhibited by Yamanaka in 1925 and illustrated in R.L. Hobson, 'A Tang Silver Hoard', The British Museum Quarterly, May 1926, pl. Xa, which may have served as the prototype for the cups produced during the Song dynasty, including those made at the Ganzhou kilns, located in Jiangxi province, such as one illustrated in Regina Krahl, Chinese Ceramics from the Meiyintang Collection, vol. 3, pt 2, London, 2006, p. 565, pl. 1559. For ceramic cups of the same design produced at other kilns during the Song dynasty, see Roberto Gardellin, 'Reed-basket Ceramic Wares in Northern China between 9th-13th century', Oriental Art, March 2015, pp 13-25. A white-glazed Ding example, also formerly in the Seligman Collection, is now in the British Museum, London. It is illustrated alongside a silver bowl from the same collection in Jessica Rawson, Chinese Jade from the Neolithic to the Qing, London, 1995, p. 392, fig. 1.

Cups produced in jade and hardstones are much rarer. An opaque white jade example from the Hotung Collection is illustrated in ibid., pl. 29:2; another from the Dr. Ip Yee Collection is illustrated in the exhibition catalogue Chinese Jade Carvings, Hong Kong Museum of Art, Hong Kong, 1983, cat. no. 200; and a third from the collection of Desmund Gure was exhibited alongside the present lot in The Arts of the T'ang Dynasty, Oriental Ceramic Society, London, 1955, cat. no. 315.