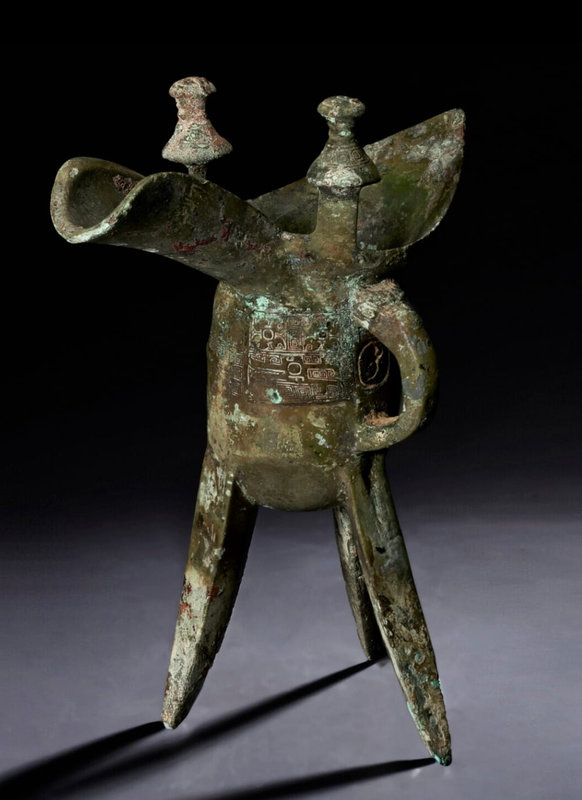 The deep body is raised on three blade-shaped supports and is flat-cast on the sides with a band of stylized dragons below a band of cruciform motifs all on a leiwen ground. The posts that rise from the rim have conical caps cast with whorl motifs. An inscription, nan (son) is cast beneath the handle which is surmounted by a bovine mask. The patina is of greyish olive-green color.

Literature: Wang Tao and Liu Yu, A Selection of Early Chinese Bronzes with Inscriptions from Sotheby's and Christie's, Shanghai, 2007, no. 249.

Note: The graph cast under the handle, nan, may be translated as 'son,' but may also represent the surname of the Shang royal family.