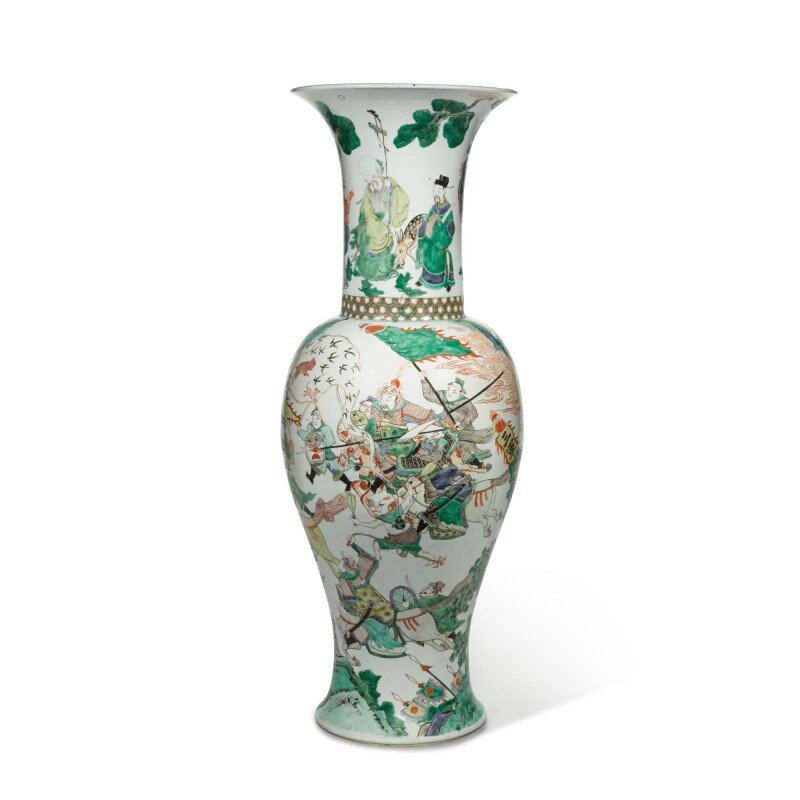 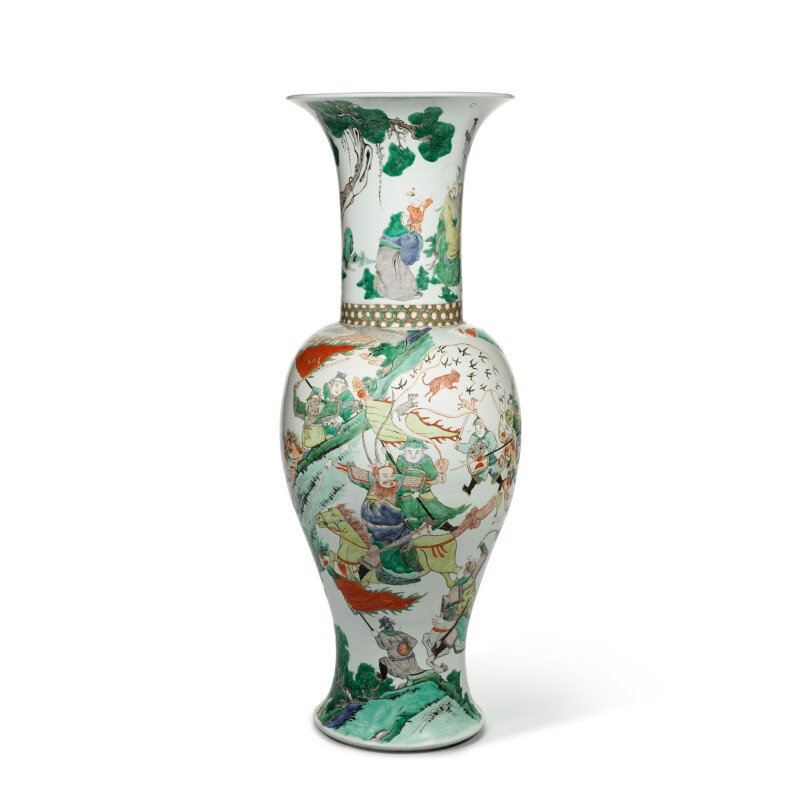 Note: This vase is remarkable for the skillful craftsmanship in not only its monumental yet harmonious silhouette, but also the rendering of a lively scene in vivid shades of famille verte enamels. The elegant baluster form with its boldly flaring rim and the brilliant enamel palette of greens, yellows, blues and iron red with details picked out or outlined in black were both innovations of the Kangxi period. It was also during this period when the utilisation of three-dimensional surfaces to convey traditionally two-dimensional formats became immensely popular. The exquisitely painted narrative on the body, featuring a demon and a general with magical ability, suggests it could be illustrating a scene from the story Fengshen yanyi/Investiture of the Gods, a major vernacular work written in the 16th century, narrating the military campaigns of the last evil king of the Shang dynasty against the sagacious founders of the Zhou dynasty. The historical basis for the vividly described conflict is often augmented by an array of immortals, spirits and demons fighting alongside humans vying for supremacy, as seen on the present vase.