RICHMOND, VA.- The Virginia Museum of Fine Arts announced Elegance and Wonder: Masterpieces of European Art from the Jordan and Thomas A. Saunders III Collectionis now on view at the museum in Richmond. This exceptional private collection, which the Saunders have assembled over the past 25 years, includes rich oil paintings by preeminent 17th- and 18th-century European artists such as the Brueghel family, Canaletto, Francesco Guardi, Frans Hals, Peter Paul Rubens, Hubert Robert and Pierre Jacques Volaire, as well as three early 19th-century paintings. The vast display of over 80 works of art also features exquisite decorative art objects from the period.

“I am delighted that Jordan and Tom have chosen to share their collection, one of the most revered private collections in America, with people in the Commonwealth,” said Alex Nyerges, VMFA’s Director and CEO. “We are excited to host these incredible works of art at the Virginia Museum of Fine Arts for our visitors to experience and enjoy. The opportunity to see these magnificent works is rare and should not be missed. Jordan and Thomas A. Saunders III assembled their collection of European art between the late 1990s and the early 2000s. What began as an avid interest in Flemish and Dutch painting soon encompassed beautifully intricate Asian-inspired decorative artworks as well as stunning paintings and sculptures by several prominent Italian and French artists who worked in the styles of rococo and neoclassicism. Reflecting the couple’s shared vision and distinct tastes, the Saunders Collection is illustrative of one of the most multidimensional periods of European history.

Elegance and Wonder: Masterpieces of European Art from the Jordan and Thomas A. Saunders III Collectionis organized for the museum by Dr. Sylvain Cordier, VMFA’s Paul Mellon Curator and Head of the Department of European Art. “The Saunders Collection covers an extraordinary range of artistic genres, offering us images of people who lived in the 1600s and 1700s through portraiture, glimpses into their everyday environments through close-up perspectives of genre scenes and still lifes, and vistas of the landscapes where they worked, socialized, loved and built families,” said Dr. Cordier. “The inclusion of rare and marvelous decorative arts has allowed us to broaden our regard for the specific social periods that are superbly represented in the paintings, which are rich in character and accented by touches of flamboyance.”

Visitors to the exhibition will have a unique viewing experience — the remarkable works of art are installed in newly renovated galleries in the museum’s original 1936 structure. In an enfilade of elegant rooms, the installation invites viewers to experience the works of art in the manner they would have been displayed in an 18th-century palace. To that effect, most rooms are adorned with murals developed from historical designs for interior decors and adapted from original 18th-century architectural drawings carefully selected from the collections of the Musée des Arts Décoratifs in Paris, France.

“It is the first time that the Virginia Museum of Fine Arts has presented works of art in its permanent collection galleries in such an immersive way. Our aim is to engage the public’s imagination by creating an environment wherein they can inhabit elegant domestic spaces from bygone eras,” said Dr. Cordier. “The Saunders Collection offers a spectacular, thought-provoking journey throughout historical Europe. It is an invitation to discover the multifaceted contributions of societies and cultures that still have so much to teach us about the world in which we live today. It is a pleasure and an honor for us to have this opportunity to showcase these astounding works at VMFA.”

Masterpieces of European Art from the Jordan and Thomas A. Saunders III Collection: The Galleries

The first room of 17th-century art is dedicated to Gods, Heroes, and People of the Baroque and comprises paintings of religious and mythical figures, as well as portraits that depict the sitters as mythological gods. This room features Peter Paul Rubens’s captivating sketch The Abduction of Dejanira by Nessus (1636), which he painted as part of a series of canvases for the king of Spain, and Nicolas de Largilliere’s spectacular Portrait of Jean-Marie de Pravieux, as Diana (ca. 1715–1720). Paintings of children of influential families capture the importance of the dynasty during this era. Cabinet of Curiositiesis a cornucopia of still lifes, landscapes and genre scenes from Holland and Flanders. Serving as private museums within private apartments, cabinets of curiosities were rooms that displayed a range of objects including carefully composed and heavily symbolic still life paintings like Still Life with a Crown of Flowers, Tazza, Jewelry Box, Watch, and Vase of Flowers by Jan Brueghel and his son, Jan Brueghel the Younger (ca. 1620), as well as a battle scene and detailed studies of insects and butterflies by Jan van Kessel. 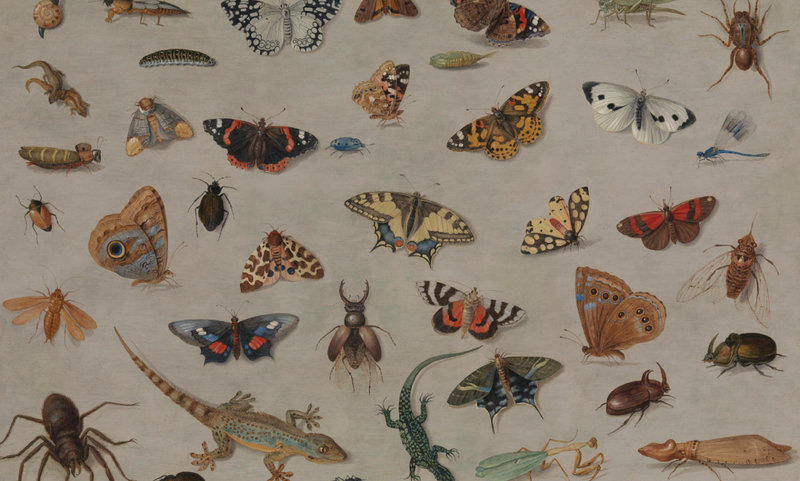 Aristocratic society in plush and ornate rococo pastels is on view in Theatrics of Social Life in 18th-Century France where paintings display sensual courtship scenes amidst idyllic and theatrical settings, including Young Lady with a Love Letter by Jean-Baptiste Santerre (ca. 1708) and the amorously charged painting by Louis Léopold Boilly, The Unburdened Musician (ca. 1789–1793).

Chinoiserie reflects on the 18th-century European fascination with Asian culture and aesthetics during the so-called Age of Enlightenment. Works in this gallery comprise a variety of Eastern-inspired paintings, such as Jean Barbault’s The Chinese Ambassador (1748), intricately designed objects like a clock made by Etienne Le Noir, hand-painted porcelain charger plates produced in China for the Dutch art market, ca. 1720, bearing an association of Chinese traditional motifs and European heraldic symbols, and a stunning gilded mirror ornate with Eastern-inspired figures.

Though landscapes are included throughout all of the galleries, Grand Tour commemorates the expeditions that sophisticated travelers would take throughout Europe. This gallery spotlights representations of iconic sites in 18th-century Naples, Rome and Venice, including a spectacular grouping of Venetian views by celebrated landscape painters Antoni Canaletto and Francesco Guardi. Antiquity Revived conveys the renewed interest in classicism, explored in art, furniture and decorative objects inspired by ancient Greece and Rome. Hubert Robert’s inventive and intriguing composition Capriccio with the Pyramid of Maupertuis (1798) harkens back to antiquity in direct contrast to the flamboyant rococo aesthetic seen earlier in the exhibition.