Elena Zaccarelli, Senior Specialist, Head of Sale, Impressionist & Modern Art, Milan: After the success of the recent 20/21 auctions in New York, we continue in Milan with the 20th/21st Century: Milan Online Sale Part I and Part II, a pair of online sales dedicated to masterpieces of the 20th and 21st century. Collectors will find a curated selection of artworks from sought after Italian and international artists, which speak to the current market trends, also witnessed in the successful London 20/21 sales in March. We look forward to welcoming our clients to Christie’s Milan to experience these works.

This sale is highlighted by Lucio Fontana’s Concetto Spaziale, [Attesa] (1964, estimate: €800,000-1,200,000), demonstrating how the artist was influenced by the Space Age of the 1950’s and 1960’s. From the late 1950’s he considered his artworks to be concetti spaziali (‘spatial concepts’), interdimensional objects that united time, space and movement. Concetto Spaziale, [Attesa] was painted in 1964 and purchased in 1967 by the family of the present owner. It is also an example of Fontana’s red single tagli works, or ‘cuts’.

Alighiero Boetti’s Segno e disegno 1979, (1979, estimate: €100,000-150,000, was gifted from Alighiero to his housekeeper – she kept it in her daughter’s trousseau, ensuring the work remained in immaculate condition. It is a monochrome example of Alighiero Boetti’s Arazzi, or tapestries; it has never been exhibited until now. These embroidered works, were designed by the artist and fabricated by skilled Afghan weavers. Senza titolo by Jannis Kounellis is a striking large scale example of one of Jannis Kounellis’ wall reliefs (2002, estimate: €120,000-180,000. Comprising six jute sacks affixed to a two-metre-tall sheet of iron, it captures the artist’s fascination with raw, everyday media. Kounellis came to prominence as a leading exponent of the Arte Povera movement. Sacks played an important role in his practice from the very beginning, featuring in major works now held in the Tate Modern, London and the San Francisco Museum of Modern Art. 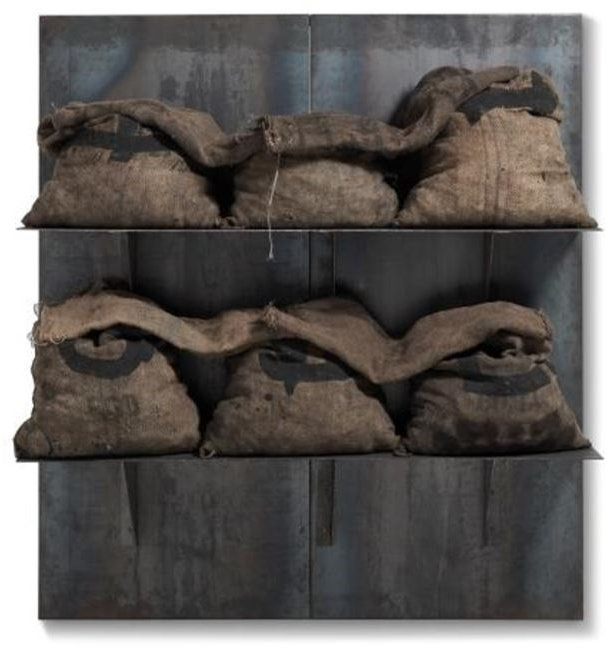 Painted in Rome in 1962, at the height of Piero Dorazio’s early practice, Visita di Venere is a rare example of his reticoli (‘grid paintings’) (1962, €260,000-360,000). It is part of a series of large-scale works inspired by what art historian Marisa Volpi Orlandini describes as ‘imaginary spaces’. Held in the artist’s collection until 2003, it was then acquired directly from Dorazio by the present owner. Visita di Venere was included in the 1963 Sao Paolo Biennale, and has since featured in many of Dorazio’s most important international retrospectives.

Highlighting this sale is Mimmo Rotella’s Quasi archeologico, (1955, estimate: €40,000-60,000). Rotella was an Italian artist and an important part of the post-war artistic landscape in Europe. This work was executed in 1955, a transition year for Rotella’s artistic practice, as he moved slowly from the medium of retro d’affiche to décollage. 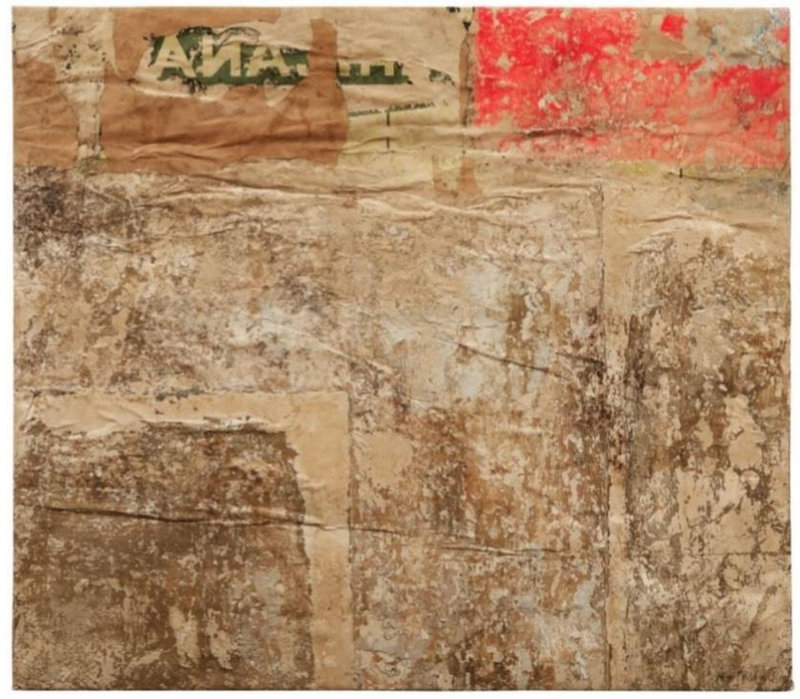 Mario Sironi’s Ciclista, (c.1920 estimate: €3,000-5,000) was formerly in the collection of Marcello Mastroianni, an academy award nominated Italian actor. This composition is a very rare work on paper from the 1920s, depicting an iconic modernist motif. 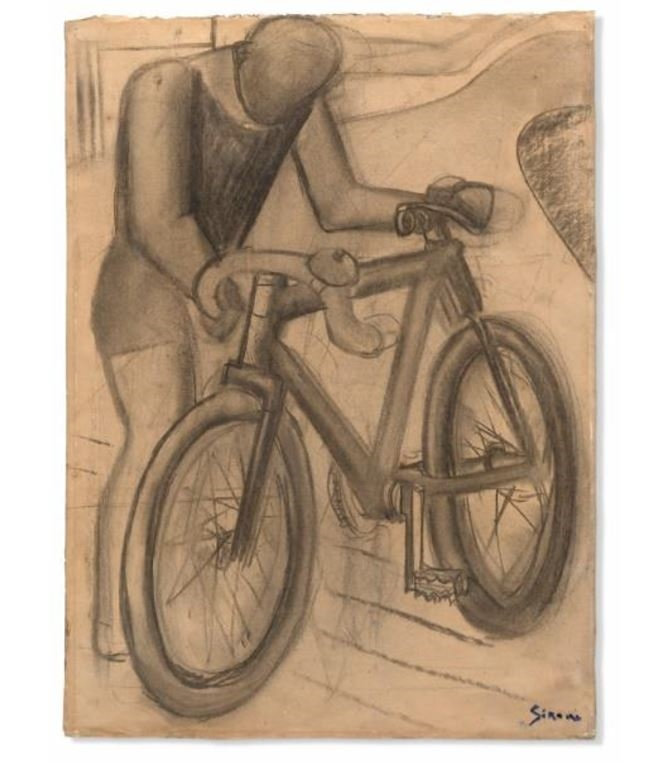 Coming from one of the most important Turinese art collections of the 1980’s is Franz West’s Senza titolo, (1991, estimate: €30,000-40,000). Franz West was an Austrian artist, best known for his sculptures and furniture. In 2011, he was awarded the Golden Lion for Lifetime Achievement at the Venice Biennale. 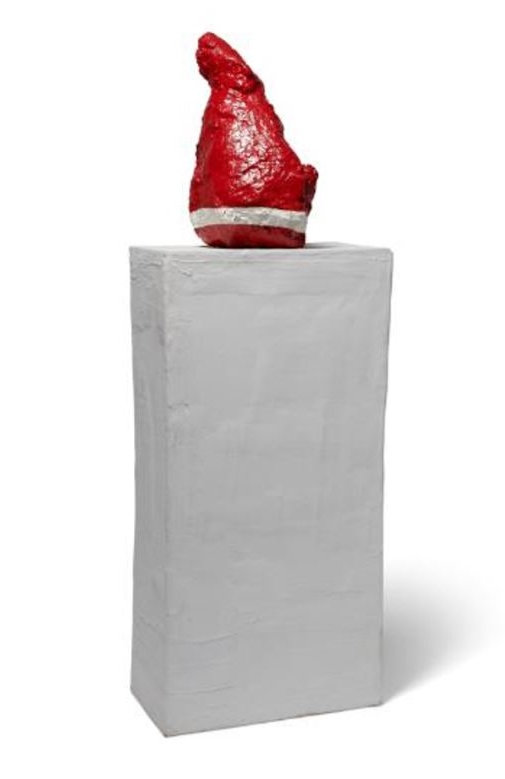