A carved cinnabar lacquer 'Shoulao and Xiwangmu' box and cover, Mark and period of Qianlong (1736-1795)

A carved cinnabar lacquer 'Shoulao and Xiwangmu' box and cover, Mark and period of Qianlong (1736-1795) 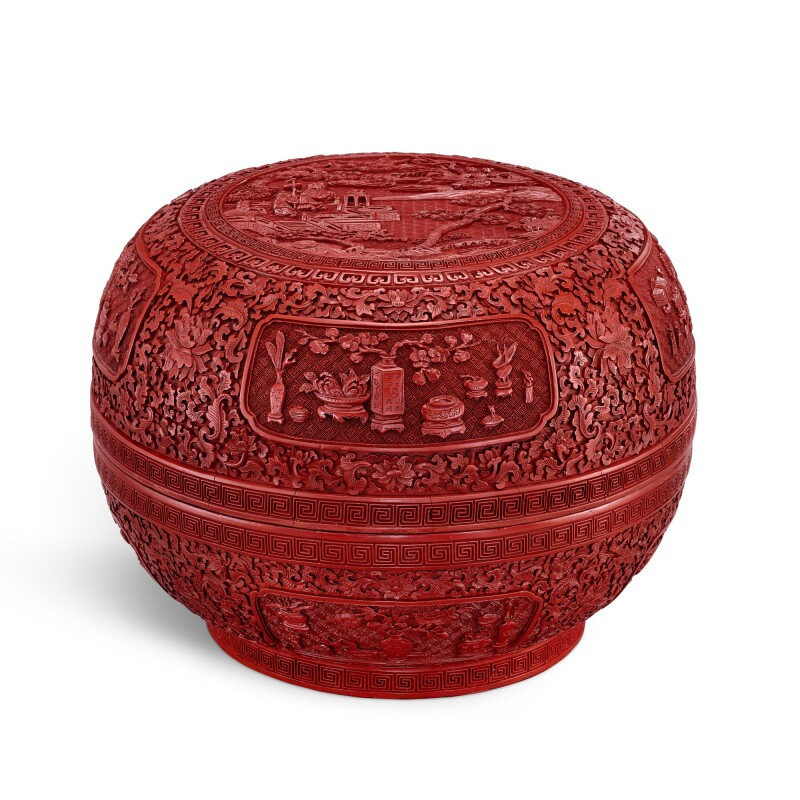 the interior of the cover gilt-incised with Yaochi baohe ('precious box of the Jasper Pool').

Note: Compare a similar box and cover in the National Palace Museum, Taipei, illustrated in Masterpieces of Chinese Carved Lacquerware in the National Palace Museum, Taipei, 1971, pl. 44. See also two related boxes and covers, the first in the Buckingham Palace, London, similarly carved with Shoulao and Xiwangmu but also the Eight Immortals, further decorated with the babao panels on a similar ground with key-fret borders, illustrated in John Ayers, Chinese and Japanese Works of Art in the Collection of Her Majesty the Queen, vol. III, London, 1959, p. 851, and the other in the National Museum of Denmark, Copenhagen, carved with a similar medallion and borders, illustrated in Joan Hornby, Chinese Lacquerware in the National Museum of Denmark, Denmark, 2012, cat. no. 29.