LONDON.- Showcasing books, scrolls and documents from twenty countries, Gold reveals how this precious metal has captured the imagination of scribes, artists and patrons throughout history and across cultures and faiths.

From sacred texts contained within tiny golden books and spectacular illuminated manuscripts to a treaty inscribed on a strip of gold over two metres long, the exhibition highlights the deep-rooted connection between gold, the sacred and the royal, and reverence, awe and power.

Gold also sheds light on the masterful and painstaking techniques used to transform this precious metal into such fine objects.

The exhibition is supported by BullionVault, the world-leading platform for physical gold investment.

Objects on display include: 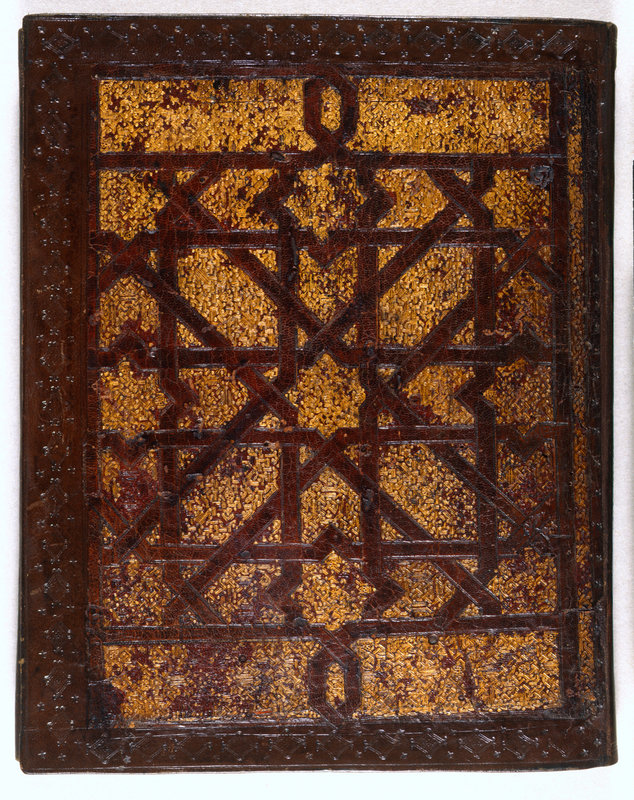 Quran cover with the earliest known example of gold tooling (where gold leaf is impressed onto leather), Morocco, 1256. The Queen Mary Psalter. London, early 14th century, one of the most extensively illustrated biblical manuscripts ever produced. A tiny girdle book adorned with covers of gold tracery from the Tudor court of King Henry VIII, England, c 1540. 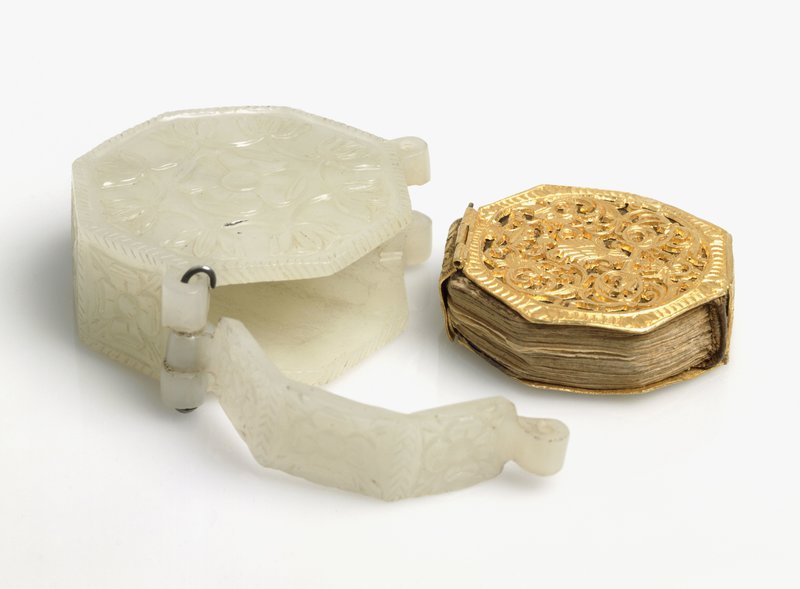 A tiny octagonal Qur’an from Persia, bound with delicately engraved covers of pure gold and stored in a case of white jade decorated with floral patterns, 16th or 17th century. Illuminated tughra or name of the Ottoman sultan at the top of a land grant, Romania, 1628 A rare copy of the Lotus Sutra, Japan, c. 1636  - one of the most popular and influential texts of Mahayana Buddhism - contained in a highly decorated scroll with gold and silver ink. Treaty between Calicut and the Dutch, inscribed in Malayalam, on a strip of gold over two metres long. India, 1691. 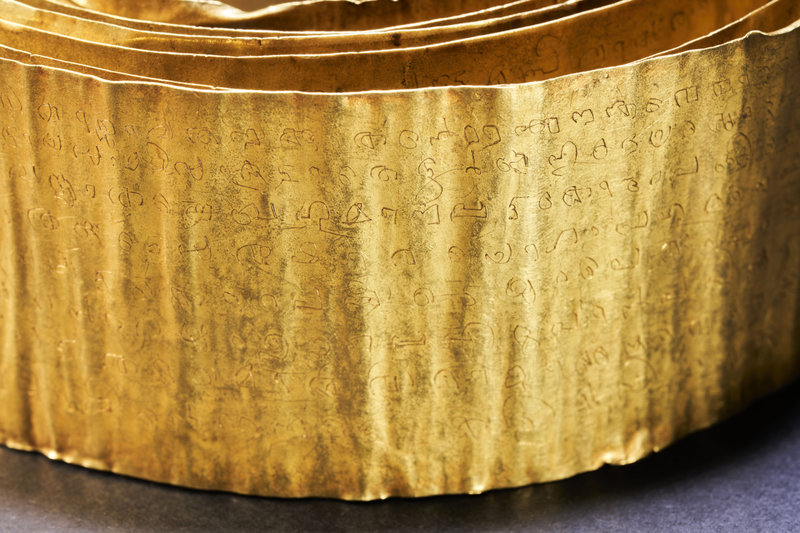 Treaty between Calicut and the Dutch showing the Malayalam text, inscribed on a strip of gold over two metres long. India, 1691.

The Library will host a special season of events inspired by the exhibition, including an evening of spun gold storytelling in the Library’s Piazza and talks by speakers including Professor Peter Frankopan, author of The Silk Roads, chemist Professor Andrea Sella, master calligrapher and illuminator Patricia Lovett, and Professor Lucy Freeman Sandler, an international expert on illuminated manuscripts. To book, visit bl.uk/events/gold.

An exhibition highlights book is available at the British Library Shop and online throughout the exhibition’s run.

Eleanor Jackson, Curator of Illuminated Manuscripts and a co-curator for Gold, said: “For centuries, gold has been fundamental to makers across the world for embellishing the written word. Reflecting the international appeal of gold, this exhibition takes visitors on a journey across twenty countries via some of the most precious and intricately crafted items in our collection. Many of these objects were originally owned by royalty, and they would have been seen by only a select few. We are so pleased to be able to bring them together on public display for everyone to enjoy.”

Robert Glynne, CEO of BullionVault, said: “BullionVault is delighted to be supporting Gold and the wonderful series of events around it. The exhibition shows how gold's deep monetary value comes from the beauty, power and meaning which humanity across all cultures and all ages has ascribed to the precious metal. Just as BullionVault opens up physical gold ownership to investors of any size, so Gold enables a wider audience to share the awe and wonder which these rare and stunning manuscripts inspire."