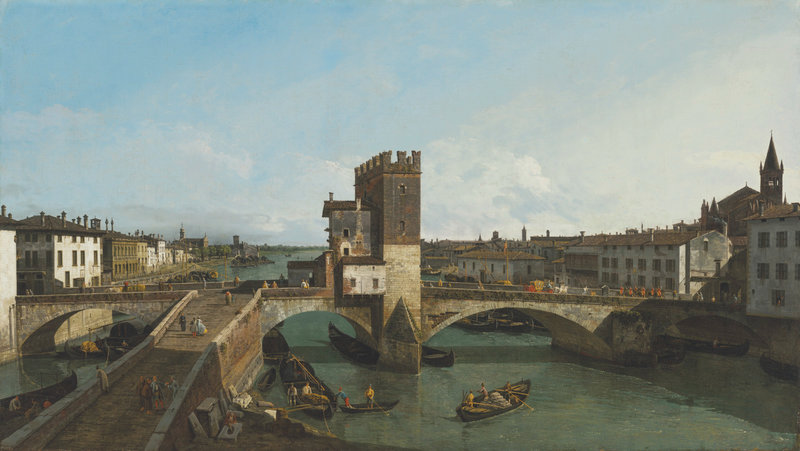 LONDON.- A rare early masterpiece by Italian painter Bernardo Bellotto is at risk of leaving the UK unless a buyer can be found.

Dating from the mid-18th century and measuring over two metres wide,View of Verona with the Ponte delle Navi marks an important turning point in the young Bellotto’s career as he began a series of journeys around Italy and received his first royal commission for Charles Emmanuel III (1701-1773), King of Sardinia and Duke of Savoy in 1745.

This is the first of Bellotto’s paintings to be recorded in Britain and its pair is now at Powis Castle. None of his works currently in this country represent the artist’s career so dramatically and beautifully, and the importance of the work to British art cannot be overstated.

Arts Minister Lord Parkinson of Whitley Bay said: This rare painting is a masterpiece for its impressive scale and striking composition. Bernado Bellotto’s View of Verona with the Ponte delle Navi would make an exceptional addition to any UK gallery and I sincerely hope a buyer comes forward to save the work for the nation.

The minister’s decision follows the advice of the Reviewing Committee on the Export of Works of Art and Objects of Cultural Interest. The committee agreed the painting is outstandingly beautiful and innovative and one of the most remarkable of Bellotto’s career. It represents a stylistically important moment in his artistic development and plays a highly significant part in the understanding and appreciation of 18th century view painting.

Committee Member Christopher Baker said: Bernardo Bellotto was one of the greatest vedute (view) painters of the eighteenth century and this ambitious work is among the towering achievements of his early career.

A native of Venice and nephew of Canaletto, Bellotto sought novel subjects beyond his home and here created, when in his early twenties, a remarkably mature study of the heart of Verona, notable for its bold composition, unifying silvery light and architectural interest, as well as its lively anecdotal details. Painted for an as yet unidentified British patron, View of Verona with the Ponte delle Navi’ is first recorded in London in 1771 when it was consigned to auction.

It was conceived as one of a pair of pictures (pendants); its companion explores a complementary view of the river Adige, looking in the opposite direction, and hangs in the collection of Powis Castle (National Trust). Because of the aesthetic pre-eminence of Bellotto’s work and its fascination in terms of future research around such paintings and their patronage, it would be highly desirable if this wonderful picture could find a permanent home in a British public collection.

The committee made its recommendation on the grounds that the departure of the painting from the UK would be a misfortune given its outstanding aesthetic importance and outstanding significance for the study of view painting in this country.

The decision on the export licence application for the painting will be deferred for a period ending on 3rd August 2022 inclusive. At the end of the first deferral period owners will have a consideration period of 15 Business Days to consider any offer(s) to purchase the painting at the recommended price of £11,244,000 (including VAT). The second deferral period will commence following the signing of an Option Agreement and will last for six months. 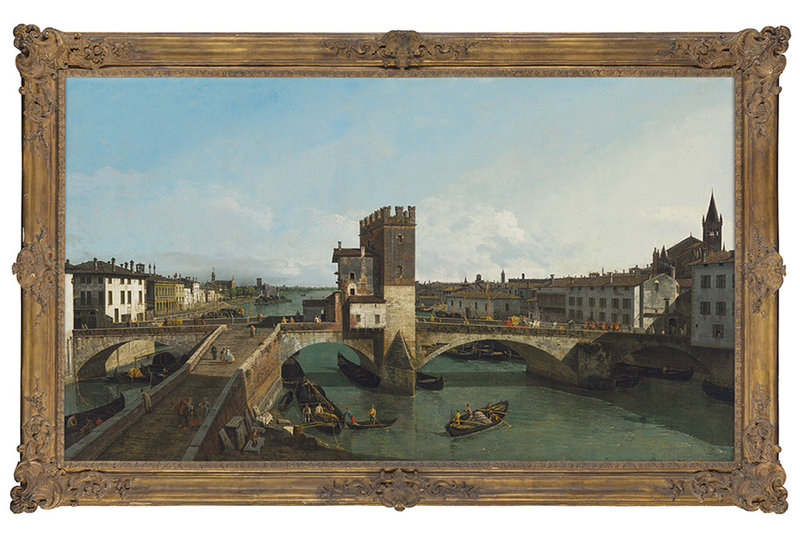