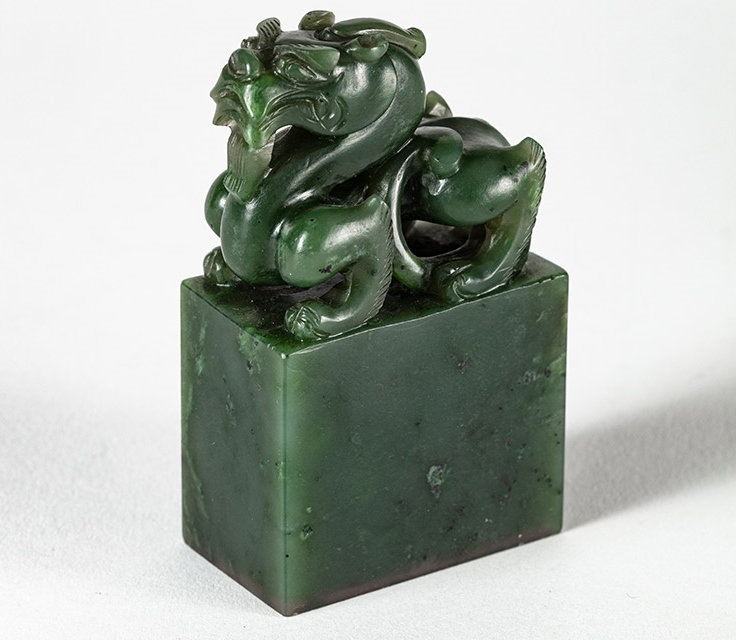 An imperial jade seal, commissioned by the Emperor Qianlong, to be offered as a star lot of Sotheby’s Asian Arts Auction in Paris on 16 June with an estimate of €100,000-150,000. Courtesy Sotheby's.

PARIS.- An imperial seal, commissioned by the Emperor Qianlong some centuries ago and inscribed with a special motto, has been discovered in a family home in France – where it was sitting on the bookshelf for many years. It will now make its debut at auction as one of the leading lots of Sotheby’s Asian Arts auction in Paris on 16 June.

The jade seal had been gifted to the current owner by her godmother – whose family had passed it down to her – and had been safely stowed in their bookcase for more than thirty years. It was not until the owner was preparing to move to a new house – and the bookcase was to be sold – that they made the decision to value a few of the objects that had adorned its shelves. Among them, this magnificent dragon, an object she could always remember owning but one that she thought was simply a more commonplace Asian sculpture. However, upon contacting Sotheby’s specialist Christian Bouvet – who immediately recognised the object as an important seal belonging to the Qianlong Emperor – it soon became apparent that much more than a family heirloom, the small jade dragon is an extremely valuable piece with major historical significance.

An exceptional example of Chinese jade sculpture, this seal is elegantly carved with the imperial symbol of the crouching dragon and is described in the Qianlong Baosou (the official list of seals of the Qianlong Emperor). It dates to the moment when the 85-year-old Qianlong Emperor had decided to abdicate in favour of his chosen heir, following a 60-year reign. This had been on the cards since his rule began, as he had decided out of respect for his elder, Kangxi, he would not overtake the latter’s 61 years in power, and in 1795, the Emperor declared to the court that he would pass on the title to his fifteenth son, Yongyan. The following year, he personally organised a great ceremony for his coronation of his son, who became the Jiaqing Emperor.

Following his stepping down from power, the retired Emperor commissioned twenty sets of three seals to be carved in a variety of sizes, shapes and materials. This green jade seal formed part of that special order. It bears the inscription “De sui chu xin” (“Able to achieve my initial intention”) and was associated with the “Taishang Huangdi” (“Treasure of the Retired Emperor”) seal: “Guizheng nai xunzheng” (“Having abdicated but continuing to reign”). Its use would have been to stamp a signature in the upper right corner of paintings or calligraphy.

The piece carries a strong symbolic dimension, beautifully expressing that Qianlong achieved the objective which he had originally devised in the beginning of his reign – his "initial intention, “chu xin” –, filling his final years with great satisfaction.

“This seal sits in the canon of marvellous rediscoveries of historically important Chinese art objects that have slumbered in the homes of French families for several generations, only for their true importance to come to light many years later. It has been a delight working with the family – who approached us to appraise this as they were moving house, and were completely unaware as to the importance of the object – to now bring this to the market, and we are thrilled to showcase it ahead of the sale.” --Christian Bouvet, Director of Sotheby’s Paris Asian Arts Department. 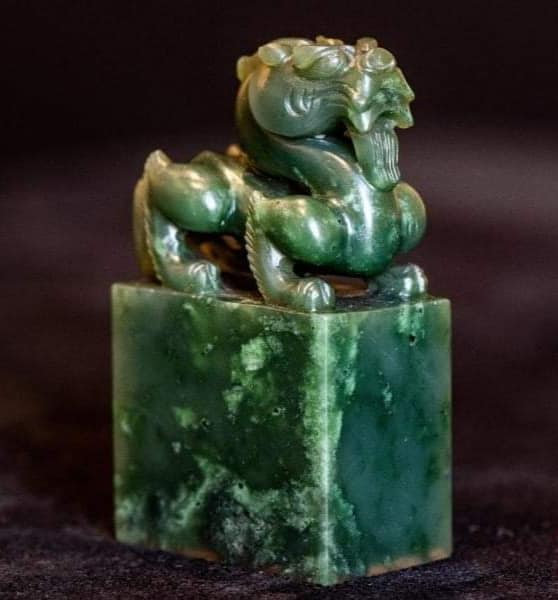 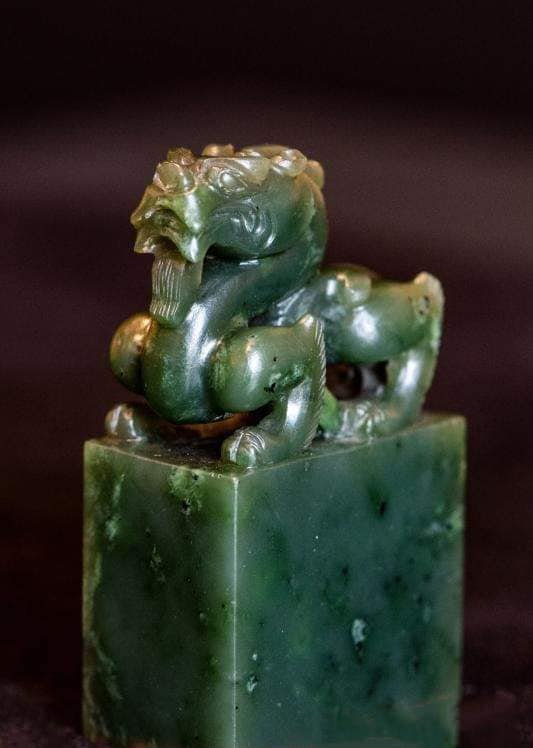 An imperial jade seal, commissioned by the Emperor Qianlong, to be offered as a star lot of Sotheby’s Asian Arts Auction in Paris on 16 June with an estimate of €100,000-150,000. Courtesy Sotheby's.