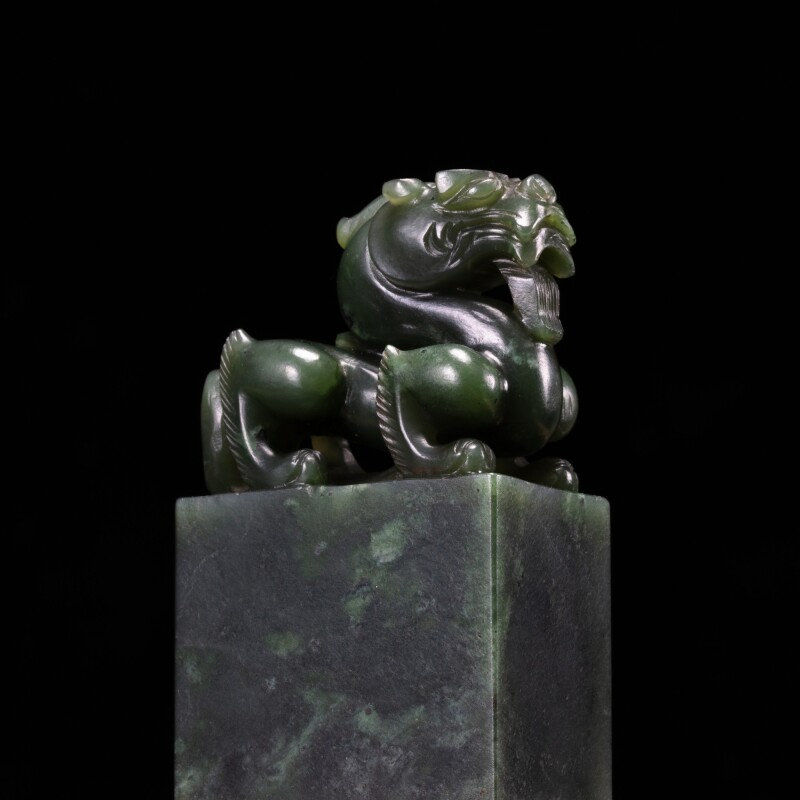 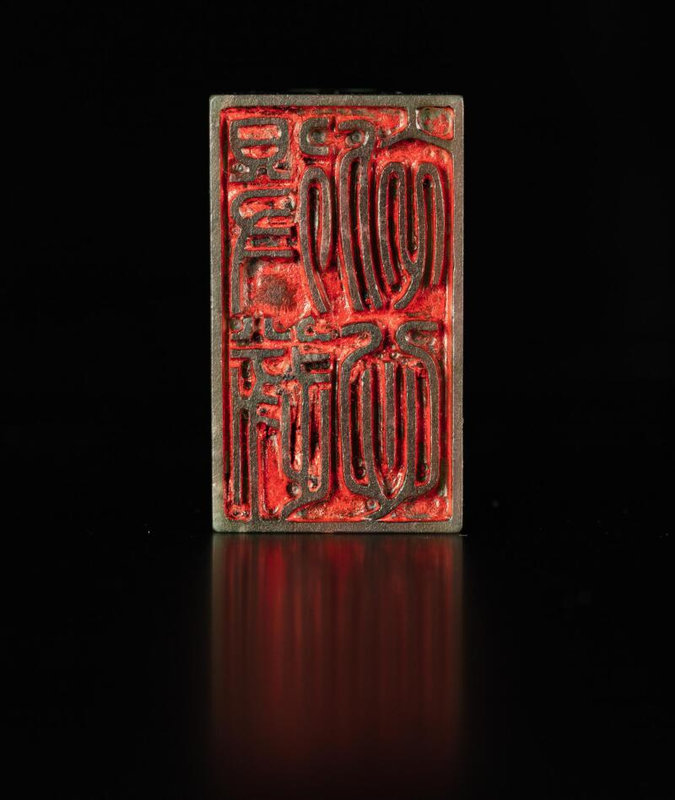 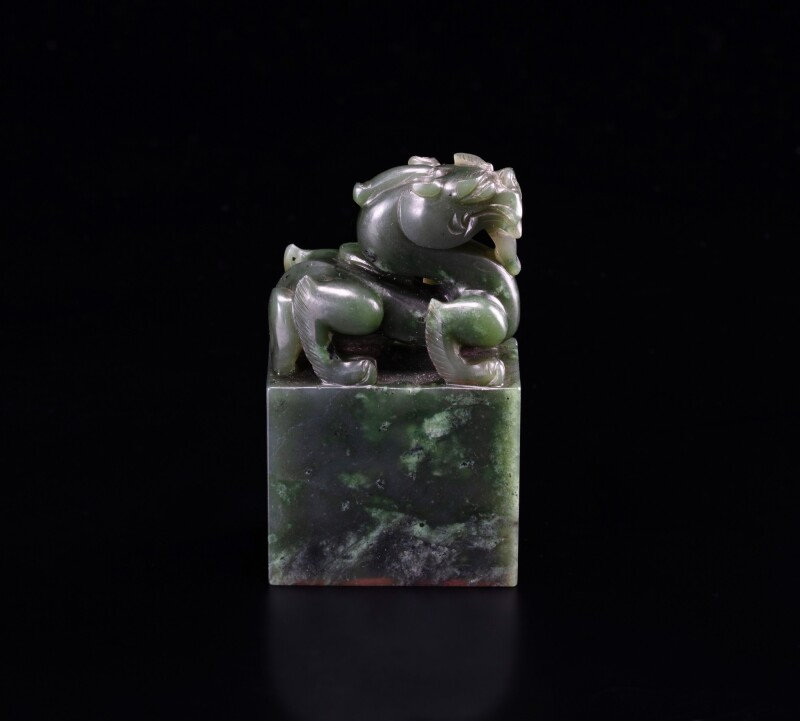 of rectangular form, surmounted by a carved dragon, the beast finely carved with a broad, muscular body crouching on its haunches accented with sharp talons in ambush and ready to pounce, the seal face crisply carved with the characters De sui chu xin ('Able to follow my original intention'), the translucent stone of a deep fern-green tone speckled with olive green and black inclusions.

Property from a French private collection.

Note: The present seal was originally part of a set of three seals. Its impression is recorded in the catalogue of imperial seals of the Qianlong emperor, Qianlong baosu, where it is also mentioned that it was carved from a green jade and part of a set of three seals in a box. Its companion seals are: Taishang Huangdi (Treasure of Emperor Emeritus) and Guizheng nai xunzheng (Retired but still giving advice). The seal is a Yinshou zhang; it was used to make impressions at the right top corner of a painting or piece of calligraphy.

"As Guo Fuxian explains in his research essay on another ' De sui chu xin ' seal, sold in our Hong Kong rooms, 8th October 2008, lot 2004, from the Estate of Emile Guimet, The Desui chuxin ('Able to Follow My Original Intention') seal was a very important seal during the time of Emperor Qianlong's retirement, since it means that "that he now has fulfilled his heart's desire, which he had had from the very beginning of his life." It revealed his enormous satisfaction that family and national matters were progressing just as he had planned from the very beginning. To him, chuxin "original intention" means that as early as he succeeded as Emperor, this was his intention—and all this had been fulfilled. Emperor Qianlong had mentioned many times in his later years that "When I first became emperor, I burned incense and reported to the azure Heaven that if I were allowed to reign for a full sixty-year cycle, I would then abdicate to my heir, for I dare not reign more years than my ancestor [the Kangxi emperor], this I recorded among important events that I made clear in edicts promulgated all over the empire and abroad. Now I respectfully welcome the great change, fortunately fulfilling my original heart's desires." "It has been sixty years of my reign and my initial wish is fulfilled. The beginning of this year, I was bestowed the seal and name of Taishang Huang (Emperor Emeritus). I am blessed to be an all-rounded man through out the ages." "I was bestowed the seal on the first day of Jiaqing reign [9 February 1796] and my initial wish was fulfilled. It has been three years". The tremendous feeling of having his original wish fulfilled remained with Emperor Qianlong when he was Taishang Huang. The Desui chuxin seal has accurately and aptly expressed such a sentiment."

Another Taishang Huangdi seal, from the collection of the Major General Gercey (1872-1939), sold in our Hong Kong rooms, 9th October 2007.