Jewels of the Nile: Ancient Egyptian Treasures from the Worcester Art Museum

Jewels of the Nile: Ancient Egyptian Treasures from the Worcester Art Museum 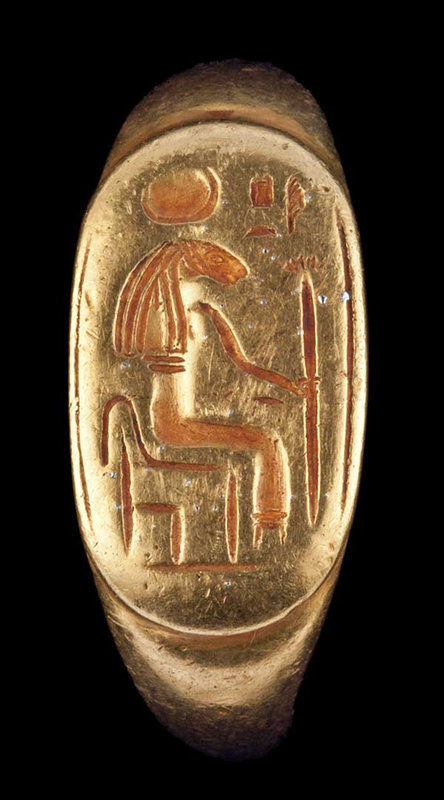 WORCESTER, MASS.- This summer the Worcester Art Museum presents its new exhibition, Jewels of the Nile: Ancient Egyptian Treasures from the Worcester Art Museum, bringing to light the exceptional collection of Egyptian jewelry assembled by Kingsmill Marrs and Laura Norcross Marrs and given to WAM by Mrs. Marrs in 1926. Coinciding with the centennial celebration of Howard Carter’s momentous discovery of King Tutankhamun’s tomb, the exhibition follows the story of the Marrses’ close and collaborative friendship with Carter. The couple’s aesthetic acumen combined with Carter’s expertise in archeology enabled them to assemble one of the most comprehensive collections of Egyptian jewelry in the United States. Nearly a century later, their beneficence is showcased in this expansive exhibition of jewels gifted by the Marrses, along with additional works from the Museum’s collection and select loans from private collectors. Jewels of the Nile displays the entirety of the Marrses’ collection, numbering over 300 pieces, for the very first time. The exhibition is co-curated by Peter Lacovara, Director of the Ancient Egyptian Archaeology and Heritage Fund, and Yvonne Markowitz, the Rita J. Kaplan and Susan B. Kaplan Curator Emerita of Jewelry, Museum of Fine Arts, Boston. Opening June 18, 2022, Jewels of the Nile, will run through January 29, 2023.

“Jewelry has been part of the human experience for thousands of years, worn by people at all levels of society. By examining the personal adornments in the Marrs collection we encounter a vibrant and colorful expression of ancient Egyptian culture, as well as the identities and beliefs of those who wore them and the skills of those who crafted them,” said Matthias Waschek, the Jean and Myles McDonough Director of the Worcester Art Museum. “We are grateful for this opportunity to celebrate both Laura Norcross Marrses’ generosity and ancient Egypt’s extraordinary creative legacy.” 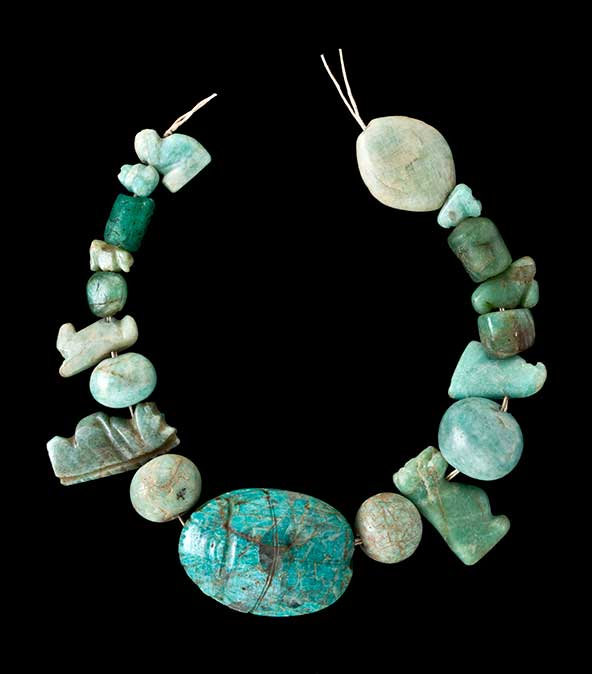 The Marrses had a close friendship with Howard Carter, writing letters and visiting one another in their residence in Florence, Italy and in Luxor, Egypt. Laura Norcross Marrs was the daughter of a prominent Boston family whose roots in Massachusetts extended back to 1636 and Kingsmill Marrs was a photographer in Boston, their similar upbringing and education fostering a deep interest in travel and antiquities. They first met Carter during a trip to Egypt in 1908, when he was supplementing his income as an amateur archeologist by selling his watercolors of scenes from Egyptian tombs and temples. The Marrses purchased six watercolors by Carter, more than any other single collector. These paintings are being displayed in rotations throughout the duration of the exhibition. Carter also took an active role in advising the Marrses on collecting antiquities, and his letters often included selections of objects to purchase when the couple returned to Luxor. The friendship continued through Carter’s career and his most famous discovery of the Tomb of Tutankhamun in 1922.

The Worcester Art Museum was particularly fortunate in receiving a vast number of gifts from the Marrses including more than 1400 prints and drawings, in addition to the Marrses’ Egyptian collection. The bulk of the Marrs Egyptian collection consists of necklaces, finger rings, bracelets, anklets, and a wide array of amulets. They also acquired, undoubtedly with Carter’s guidance, unique pieces of sculpture such as a head of Amenhotep III (1390–1352 BCE) and an obsidian fist from a composite statue of the same king. The collection covers a span of nearly two thousand years from the Old Kingdom (ca. 2543-2118 BCE) to the Roman Period (ca. 30 BC–AD 395) and showcases the legendary craftsmanship of Egyptian jewelers, who were master metalsmiths and stone carvers.

Through the story of the Marrses and Howard Carter, the exhibition explores the materials and techniques used in the creation of personal adornments in ancient Egypt, the evolution of style over centuries and millennia, and how the early twentieth-century phenomenon of Egyptomania sparked a revival of interest in this style of jewelry, coinciding with archaeological exploration in the region. Each section of the show examines jewelry’s presence in society and its ability to reflect the values of the people who wore it, the technologies available to produce it, and the trade that it fostered.

Amulets were believed to have the ability to protect, heal, or ensure the well-being of the wearer. These were some of the earliest ornaments worn on the body and at all levels of society; they were the essential building blocks of ancient Egyptian adornment. For example, wedjat, or sacred eyes, often made out of faience, represented the healed eye of the god Horus and was believed to provide protective powers. Several wedjat are included in the exhibition. The next section, The Sacred Beetle, examines the role of the scarab in Egyptian culture. Believed to be imbued with magical, talismanic properties, three-dimensional representations of scarab beetles were made in vast numbers in ancient Egypt, offering renewed life and protection to both the living and the dead. Their power lay not only in their beetle form but in the magical inscriptions, emblems, and pictorial images that were often added to their bases. The Marrs collection has 75 scarabs, of which 57 are included in the exhibition.

Crafting Ancient Egyptian Jewelry: The Materials examines the unique stones and metals ancient Egyptian jewelers used from both local and imported sources. Egypt’s jewelers also excelled in creating ornaments composed of man-made substances such as glazed faience (a quartz-based ceramic). Today, manufactured substances are often regarded as inexpensive substitutes for more precious options—whereas in antiquity, they were seen as having other worldly, magical properties. The exhibition includes hundreds of examples of both natural and man-made materials across an array of styles. Crafting Ancient Egyptian Jewelry: The Technologies Egypt’s jewelry industry also relied heavily on the skills of lapidary artists who were trained to work with a wide range of stones, including soft minerals such as talc and relatively hard, semi-precious gems such as amethyst, carnelian, turquoise, and lapis lazuli. This section includes an array of examples demonstrating how these different techniques were applied. For example, the lapis lazuli djed, a pillar-shaped amulet with horizontal bars at the top symbolizing stability and endurance, was fabricated from a mineral mined in ancient Afghanistan.

Re-Imagining the Past: Egypt and its Revivals is comprised of several significant loans from Tiffany and Co., as well as items acquired by the Marrses. For centuries, the West has been attracted to the lands of the East and the cultures of the ancient world. Interest in Egypt’s material culture was at its height in Europe and the United States during the 19th century and early decades of the 20th centuries. However, it reached a feverish pitch following Howard Carter’s (1874-1939) discovery of the tomb of King Tutankhamun in 1922. The marvelous goods found in the boy-king’s burial created a craze for all things Egyptian that was dubbed “Egyptomania” in the popular press. Western jewelers also created adornments designed around small Egyptian artifacts, especially scarabs and amulets. The Marrses acquired a number of these ornaments, many set in rings for the finger and lapel and scarf pins worn by men and women. The History of Egyptian Jewelry examines how the fashions in Egyptian jewelry changed through many centuries and comprises the final section of the exhibition, tracing changes in styles of personal adornment over three thousand years, from before the construction of the first pyramids to the rule of the Roman emperors. In addition, masterworks from the Worcester Art Museum’s permanent collection will contribute to a chronological framework to guide the viewer through the collection.

The exhibition concludes with a Discovery Area, an exploratory section that will allow visitors of all ages to virtually try on the jewels in the exhibition as well as smell the rare and luxurious scents the ancient Egyptians used in creating their perfumes and lotions, which were prized throughout the ancient world. Family guides, tactile pieces, and reading materials will further encourage guests to tap into the creative heritage of ancient Egypt. “The quality and importance of the material that Laura and Kingsmill Marrs collected is exceptional,” said Peter Lacovara (Director of the Ancient Egyptian Archaeology and Heritage Fund) “There are few Egyptian collections that can rival the scope and importance of what the Marrses assembled, with the help of Howard Carter. This exhibition is an opportunity both to demonstrate the amazing artistic prowess of the ancient Egyptians in working with a range of materials, as well as revealing the richness and importance of this largely unseen part of the Worcester Art Museum's Egyptian collection.”

“The ancient Egyptians created ornaments of outstanding quality and timeless appeal,” said Yvonne Markowitz the Rita J. Kaplan and Susan B. Kaplan Curator Emerita of Jewelry, Museum of Fine Arts, Boston. “With this exhibition, we are providing an opportunity for the modern viewer to be a voyeur into the lives of an ancient people through some of their most personal objects, and to witness their enduring impact on our understanding of beauty several millennia later.” 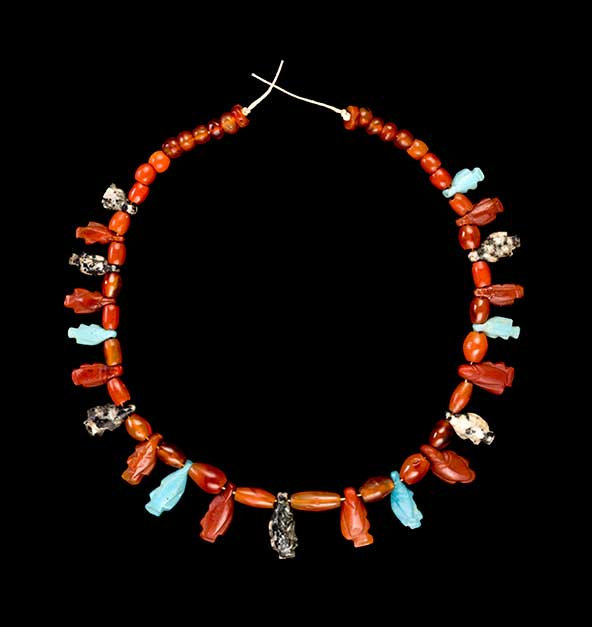 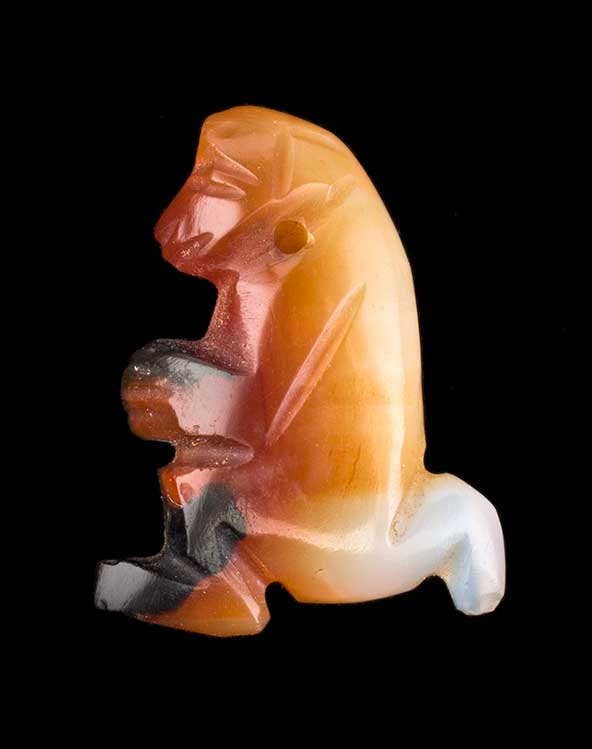