HONG KONG.- To celebrate Poly Auction Hong Kong’s 10th Anniversary, delicate works of Chinese Ceramics and Works of Art, as well as Fine Chinese Paintings and Calligraphy with outstanding provenance and exceptional rarity, will be offered for sale at the upcoming 10th Anniversary Auctions. The masterpieces were acquired by Poly Auction Hong Kong’s specialists after discerning selection. This series of exquisite treasures are perfect examples of distinguished Chinese artistry which passed down from generations and of traditional Chinese aesthetics. Poly Auction Hong Kong is also delighted to offer vintage tea cake, Moutai, collection-grade Whisky and Cognac for sale, providing collectors with an opportunity to convert these rare collections into distinctive taste and value. Building on the success of the Highlights Previews held last month in Hong Kong, Poly Auction Hong Kong will organise Taipei Highlights Preview in on 18 and 19 June at Breeze Exhibition Centre, Taipei.

Chinese Ceramics and Works of Art

The long-awaited Chinese Ceramics and Works of Art Department sale will feature a series of four auctions, assembling over 270 lots with a total pre-sale estimate of over HKD 300 million. This season’s auctions are led by “Qianlong: The Huaihaitang Collection”, prestigious treasures from this collection belong to an elite member of the Min Chiu Society who dedicates his life to charity and the endorsement of Chinese art. Our highlight for this sale is a Qianlong Superb and Rare Doucai Iron-red Decorated “Dragon” Vase that encapsulates the ingenuity of the craft. 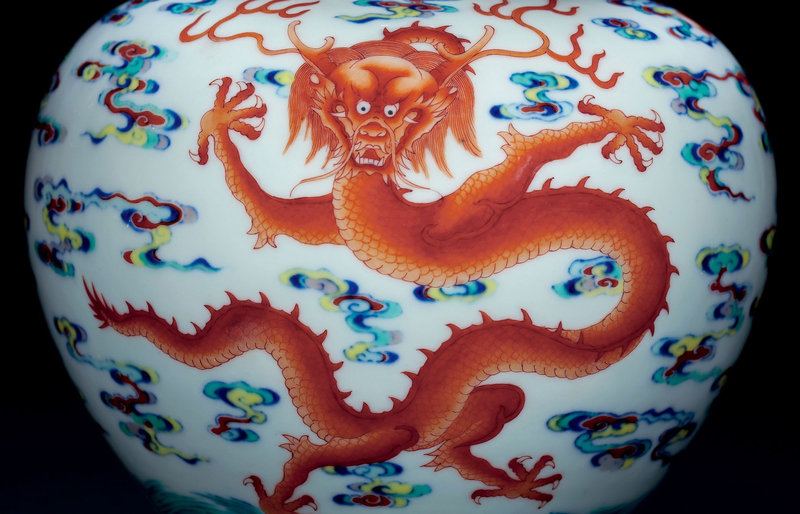 Note: This vase is potted with a bulbous body elaborately painted with two dragons against swirling ruyi-head cloud scrolls enamelled with underglaze blue, green, yellow, aubergine and iron-red, rising from a slightly spreading foot encircled with crashing waves to a tall flaring neck decorated with five bats one both sides. The neck is further flanked by a pair of chi dragon handles which is painted in iron-red, yellow, green and gilt and is outlined with underglaze blue. The shoulder is decorated with a band of triangular pattern and encircled in gilt imitating the cicada motif on the bronze wares during the Shang and Zhou dynasties. The interior and base are evenly covered with a turquoise enamel and the latter is inscribed with a six-character reign mark in underglaze blue.

The present vase bears the quintessential imperial symbol of two five-clawed dragons, each with a pair of horns extending backwards. Brought alive by the confident brushstrokes, the proud dragon is splendidly highlighted against the spiraling clouds, precisely recalling the ethereal dragon as the supreme symbol of imperial power.

The combination of iron-red, underglaze blue and enamels in different colours on porcelains was rarely used, possibly due to the difficulty of the firing process. The blue decoration, seen on the scrolling clouds and the outlines of the patterns on this vase, was drawn in underglaze cobalt blue first and then fired to a high temperature. Following this, the potter applied the leaping dragons in iron-red and filled with washes of multi-coloured overglaze enamels, and re-fired the vessel for the second time at a lower temperature. The second firing unavoidably increased the cost and risk of failure, hence its rarity.

Since the Chenghua period in the Ming Dynasty, doucai decoration gained popularity in the production of prestigious porcelains in small size, including the highly esteemed chicken cups. Later in the Qing dynasty, the doucai colour scheme continued to be appreciated for its elegance, but only during the Qianlong period vessels of the massive size and complex decoration like the present vase were created.

Compare a vase in related designs also with archaistic dragon handles, from the Qing Court Collection and illustrated in The Complete Collection of Treasures of the Palace Museum. Porcelains in Polychrome and Contrasting Colours, Hong Kong, 2000, pl. 255. See another doucai vase with chi dragon handles decorated with nine dragons among rainbow clouds, sold in Sotheby's London, 11 May 2022, Lot 13.

In response to the feverish “blue and green (qinglu)” trend originating from a dance and the painting by Wang Ximeng, we present wonderful hues of Chinese cultural relics in the “Colours Beyond Landscapes: Important Chinese Art including European and American Collections” sale. Among which an extremely rare Yongzheng Copper-red Glazed “Dragons at Sea” Vase, Meiping captures a marvellous iconography in copper-red. Provenance: Collection of Sheelah M. Langan (1910-1993), thence by decent within the family. Sheelah Langan served in the United States Foreign Service, her service lasted from the World War II when she joined to 1970. She was assigned to Rome, Bangkok, Tripoli, Rabat, Athens, London, Bogota and Mexico City.

Note: The vase is potted in robust form with swelling shoulder, short cylindrical neck and flared lip and foot. The shoulder is carved in low relief with two dramatic sinuous five-clawed dragons, above a smaller pair of incised dragons at the foot. All dragons are reserved in white and depicted against stylized crashing wave in underglaze red. The underside is inscribed with a six-character mark within a double circle.

The present vase is a rare example of a small group of wares made for the Yongzheng court, inspired by Yongle period (1402-1424) porcelain prototypes, themselves based on Yuan styles of decoration, which feature reserved dragons carved in low relief against a ground of crashing waves executed in variations of underglaze blue and red.

There appear to be two closely related Yongzheng mark and period types. One version, slightly larger with more stylized crashing waves, is typified by the examples in the collection of the Palace Museum, Beijing, illustrated in "The Complete Collections of Treasures of the Palace Museum, Blue and White Porcelain with Underglaze Red (III), 2012, p. 187, no. 171, and in the collection of Stephen Junkunc, III, sold at Christie's New York, September 21, 1995, lot 225.

The second group, to which the present vase belongs, includes a meiping sold in London in 1966 and now at the Cleveland Museum Of Art, Ohio, bequest of Mrs. Severance A. Millikin #1989.314 , and another, formerly in the collection of the Manno Art Museum, Japan, later sold at Christie's London, 21 June 2001, lot 109.

For other examples of Yongzheng mark and period porcelains with carved dragons reserved against a blue-decorated ground in the Palace Museum, Beijing, see The Complete Collection of Treasures of the Palace Museum, Blue and White Porcelain with Underglaze Red (III), pp. 90, 115, 116, nos. 76, 101, 102.

In the description for the Palace Museum meiping cited above, the author discusses the theme of larger and smaller dragons has been variously understood to imply not only the importance of teaching the young, but also to bring one's descendants up to succeed in court or higher office. This would certainly have had relevance for the Yongzheng Emperor who succeeded his illustrious father, the Kangxi Emperor, and in turn was to nurture the development of his own son, the Qianlong Emperor.

Following this is the “Tang Sancai Ceramics from the Ten-Views Lingbi Rock Retreat Collection” sale with top-quality collections from North America. For the biannual “Chinese Ceramics and Works of Art” auction, we shall continue to bring forward timeless pieces with paramount provenance.

Albert Du, Head of Chinese Ceramics and Works of Art Department, Poly Auction Hong Kong, commented, “Since the establishment of the Department, we have been comprehensively selecting treasures of antiquity by persistently adopting professional knowledge and by matching our selections with market trends. We greatly appreciate our collectors’ unyielding support, which has enabled us to break auction records one after another over the past ten years. In the 2021 Autumn Auctions, the Department has achieved HKD 220 million in total sales. Encouraged by this brilliant result, we will present four sales series in the 10th Anniversary Auctions. The headline sale will be the one of paramount importance: “Qianlong: The Huaihaitang Collection”. Our promising enthusiasm for passing on traditional Chinese culture and art will be fully displayed.”

Celebrating Poly Auction Hong Kong’s 10th Anniversary, the Fine Chinese Paintings and Calligraphy Department will offer over 260 pieces of work with outstanding provenance and exceptional quality. The top highlight of the Modern Chinese Painting is Zhang Daqian’s Sheer Peaks and Deep Valley, Signed as Wang Shen, while the Contemporary Chinese Ink will showcase an outstanding collection from Mr Wang Liangfu, including works of legendary artists Wu Guanzhong and Lin Fengmian. 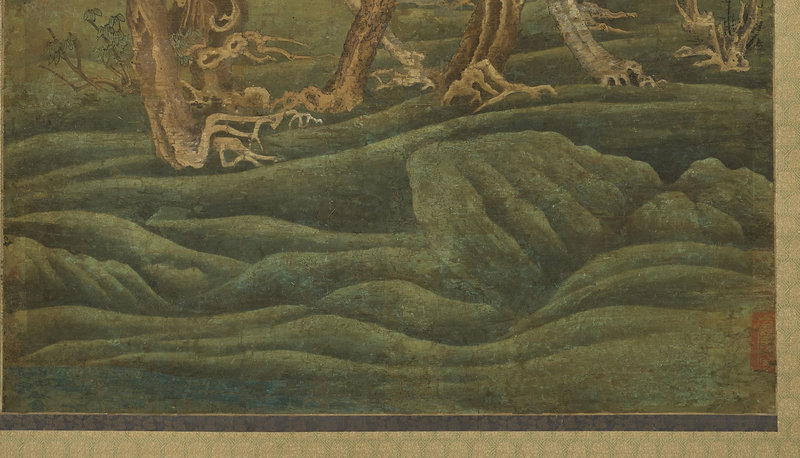 The sale will also present the Chinese Paintings and Calligraphy preserved by the owner of “Ai Wu Lu” Wu Chengyan, some of these works were painted by Xu Beihong, Qi Baishi, Yu Youren and other famous Chinese painters. In addition, painting and calligraphy works signed and collected by the renowned Singaporean painter Ms Tsao Sui-Lan, comprising several excellent works of famous painters such as Zhu Qizhan, Liu Wenxi, Han Tianheng, Shen Daohong and more, will be offered at the sale and bring collectors an extraordinary feast for the eyes.

Feng Cheng, Specialist of Fine Chinese Paintings and Calligraphy Department, Poly Auction Hong Kong, remarked, “2022 sale coincides with Poly Auction Hong Kong 10th Anniversary, we are grateful to have collector’s trust and honoured to present our collectors over 260 artworks, ranging from the classical to the modern age, as well as Contemporary Chinese Ink. Leading the sale will be Sheer Peaks and Deep Valley, Signed as Wang Shen by Zhang Daqian, which is an exquisite grand landscape painting created at the peak of Zhang’s creating career. While Mountain Range in Southern China by Xiao Yuncong, and masterpieces by legendary painters such as Wu Guangzhong and Lin Fengmian will also be offered. The private collections of Nanyang and Taiwan collectors are dedicated to the theme of humanistic spirit, exploring the distinguished Chinese Paintings and Calligraphy artistry which passed down from generations. This sale perfectly shows how the classical and the contemporary mingle, meanwhile celebrating the 25th Anniversary of Hong Kong’s return to the Motherland together!”

The Rare Wine, Whisky and Chinese Tea Department will present two sales with a total of 520 precious lots. An extremely rare Seven Pieces of Pu’er Tea Cakes, “Tong Xing Hao”, Circa 1920s, will be headlining the “Rare Pu’er Tea and Teaware” sale, making its debut at the auction market. While “Moutai, Whisky and Cognac” sale will present a series of vintage and limited-edition wines and liquors, including Sunflower Kweichow Moutai, 1970s and Karuizawa 50 - 1965 #8636, showing a perfect blend of Western and Eastern culture. 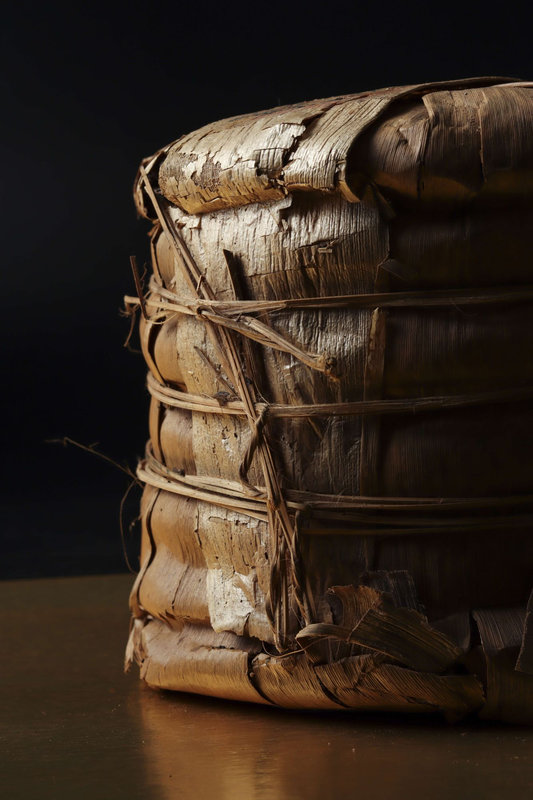 Liam Gui, Head of Rare Wine, Whisky and Chinese Tea Department, Poly Auction Hong Kong, said, “All along, we have been catering to the collectors according to their tastes. Taking the essence of drinking tea and wine of the east and the west, we blend visual enjoyment with taste and have thus created multiple fantastic sales that are essentially feasts of art. For the upcoming sales, we have spent a great deal of effort in acquiring a wide variety of antique pu’er tea, Moutai, whisky and cognac. The eye-catching Seven Pieces of Pu’er Tea Cakes, “Tong Xing Hao”, Circa 1920s, which will be put up for auction for the first time ever, is an absolute treasure not seen in times past and present. The lingering aroma from a century ago symbolises the evolution of Poly Auction Hong Kong, marking its 10th Anniversary. We look forward to exploring more fine and rare wines, whiskies and Chinese teas that are worthy of collection in our bid to promote a lifestyle with orient characteristics.”