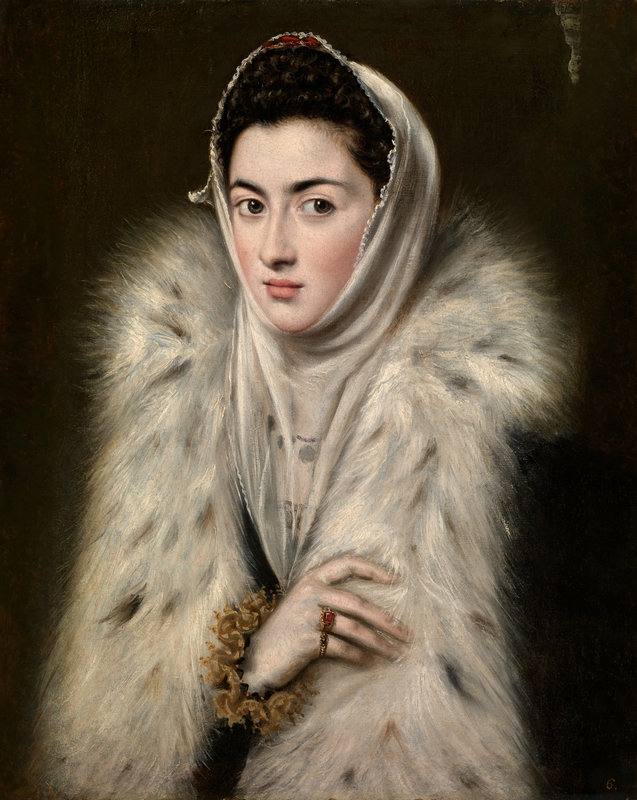 BASEL.- A grand special exhibition at the Kunstmuseum Basel turns the spotlight on Pablo Picasso’s (1881–1973) engagement with the art of the Cretan-born Old Master Doménikos Theotokópoulos, better known as El Greco (1541–1614). With around thirty pairs of masterworks by both artists, it retraces their dialogue, one of the most fascinating such colloquies in the history of art. A core set of works by Picasso from the museum’s own collection is complemented by first-rate loans from all over the world.

Pablo Picasso helped set the course of European art history at several key junctures. Few artists enjoy greater international renown; few have been subject to more exhaustive scholarship. And yet hitherto unnoticed aspects of his oeuvre still await discovery. For example, it is well known that Picasso’s enthusiasm for El Greco has left marked traces in his work. Yet discussions of this relationship typically focus on the early stages of his career, up to and including the Blue Period. Picasso—El Greco proposes a fresh perspective, one in which the artist’s immersion in El Greco’s art was not only a good deal more intense than has been assumed, it also went on for much longer: its effects are clearly discernible both in his Cubist paintings and in works from all subsequent periods in his oeuvre.

The exhibition at the Kunstmuseum Basel | Neubau stages a focused and occasionally associative encounter in which Picasso and one of his heroes speak directly to each other across the centuries. El Greco, who was born in Crete in 1541 and arrived in Spain in the late 1570s after ten years in Venice and Rome, won considerable fame in his lifetime with his singular painterly style. Yet his star faded fairly soon after his death. It was not until the nineteenth century and again around the turn of the twentieth that El Greco renaissances swept Europe, making him popular with the continent’s artists. The young Picasso was instrumental to this rediscovery.

Picasso’s interest in the Greek Old Master was aroused in the final years of the nineteenth century, after his family settled in Barcelona in 1896. The aspiring painter— then only fifteen years old—associated with liberal-minded artists who took a leading part in rehabilitating the forgotten genius of El Greco. In 1898, Spain was defeated in the Spanish-American War and lost its last remaining major colonial possessions. In response to the former colonial power’s geopolitical decline, many in Spain’s cultural scene looked to the so-called “Siglo de Oro,” Spain’s “Golden Age” from the late sixteenth century to the end of the seventeenth, for inspiration. Nationalist sentiment ran high around 1900, and the painters of the Spanish school—led by El Greco, Diego Velázquez, and Francisco de Goya—became central figures as the country struggled to reclaim its identity.

As one of the great individualists in the history of European painting, El Greco was profoundly unconventional, in no small part because his itinerant early years had allowed him to familiarize himself with three different traditions (Greek-Byzantine, Venetian, and Spanish art), which he absorbed and transmuted into his own singular visual idiom. The dearth of documentary evidence on his life and art has added to his allure, which still has art lovers spellbound. His personality shrouded in legend, he was a perfect blank screen on which artists who rebelled against academic strictures projected their ambitions. Picasso borrowed directly from El Greco from the very beginning of his career: numerous sketches from 1898–99 show him wrestling with motifs from the Old Master. His Portrait of a Stranger in the Style of El Greco (1899) reproduces a type of head that is characteristic of El Greco’s portraits and depictions of saints such as the Saint Hieronymus (ca. 1610) from the Metropolitan Museum of Art, New York. Similarly, the intimate masterwork The Burial of Casagemas (Evocation), painted in 1901, which marks the inception of Picasso’s Blue Period, is directly inspired by El Greco. The latter’s influence remains palpable over the following years: examples include the striking parallels between Picasso’s Portrait of Mme Canals (1905) and a Portrait of a Lady in Fur that was then attributed to El Greco; its authorship is now considered uncertain.

A second focus of the exhibition will be on Picasso’s Cubist period: two full galleries are dedicated to confrontations between his works from around 1910 and a selection from El Greco’s celebrated series of apostles (ca. 1608/1614) from the Museo del Greco, Toledo, and his large-format Resurrection of Christ (1597–1600) from the Prado, Madrid.

After the Second World War, Picasso—by now world-famous—devoted himself with newfound zeal to the paintings of the Old Masters. The exhibition showcases fascinating examples of his engagement with his artistic forebears, including the painting Musketeer (1967): the note “Domenico Theotocopulos van Rijn da Silva” in the artist’s hand on the back of the canvas is an explicit reference to his revered masters El Greco, Rembrandt, and Velázquez. In addition to a dozen key works by Picasso from the Kunstmuseum Basel’s collection, Picasso—El Greco presents over fifty outstanding works on loan from museums and private collections all over the world. The most important lenders are the Museo Nacional del Prado, Madrid; the Museo del Greco, Toledo; the Museu Picasso, Barcelona; and the Musée national Picasso, Paris, which have kindly provided us with sets of key works from their collections. Additional important loans come from the Metropolitan Museum of Art and the Solomon R. Guggenheim Museum, New York; the National Gallery, Washington, D.C.; the National Gallery and the Tate Modern, London; the Musée du Louvre and the Musée d’Art Moderne de la Ville de Paris; the Museo ThyssenBornemisza, Madrid; the Museum of Fine Arts, Budapest; and the Gemäldegalerie, Berlin. 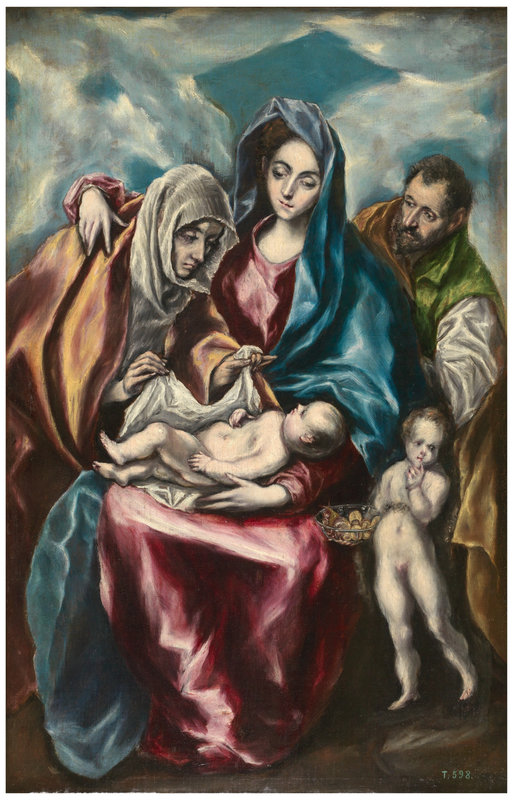 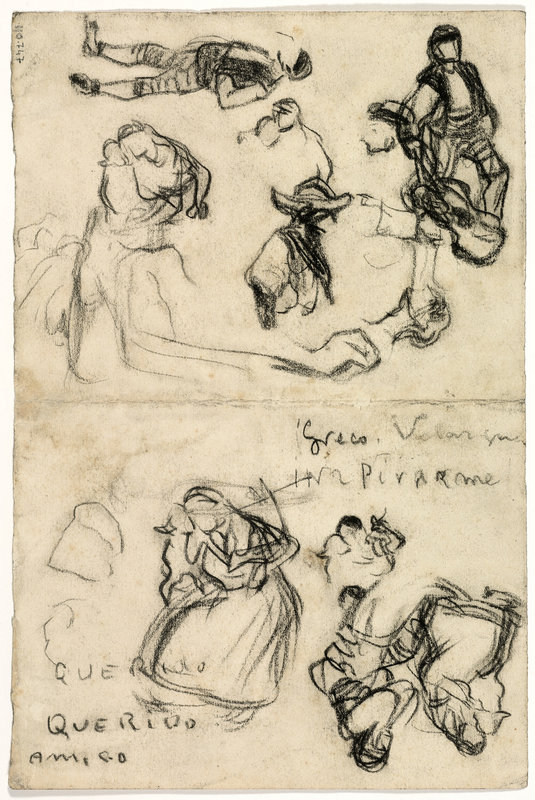