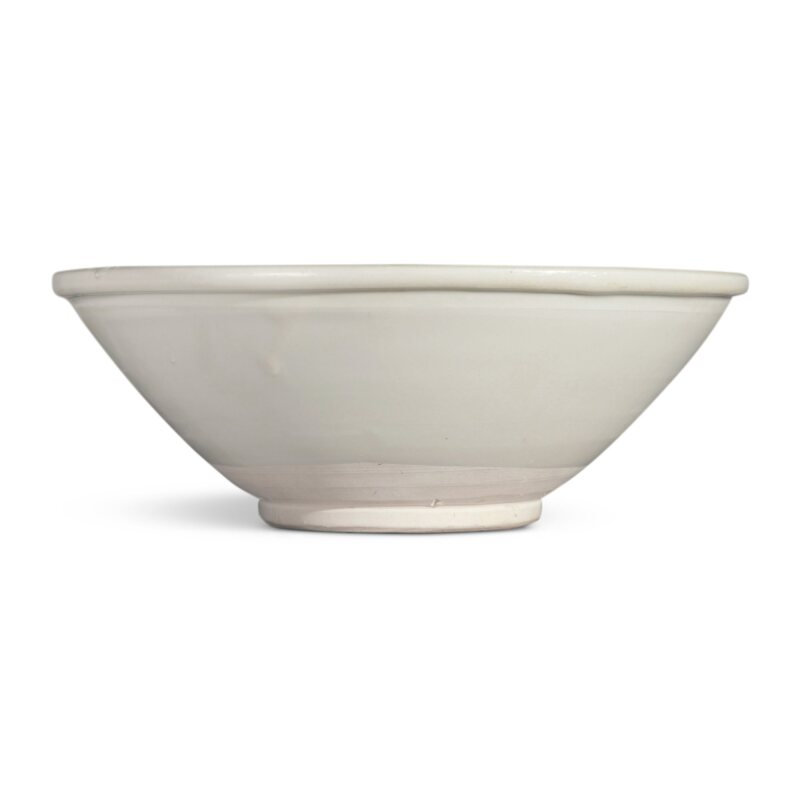 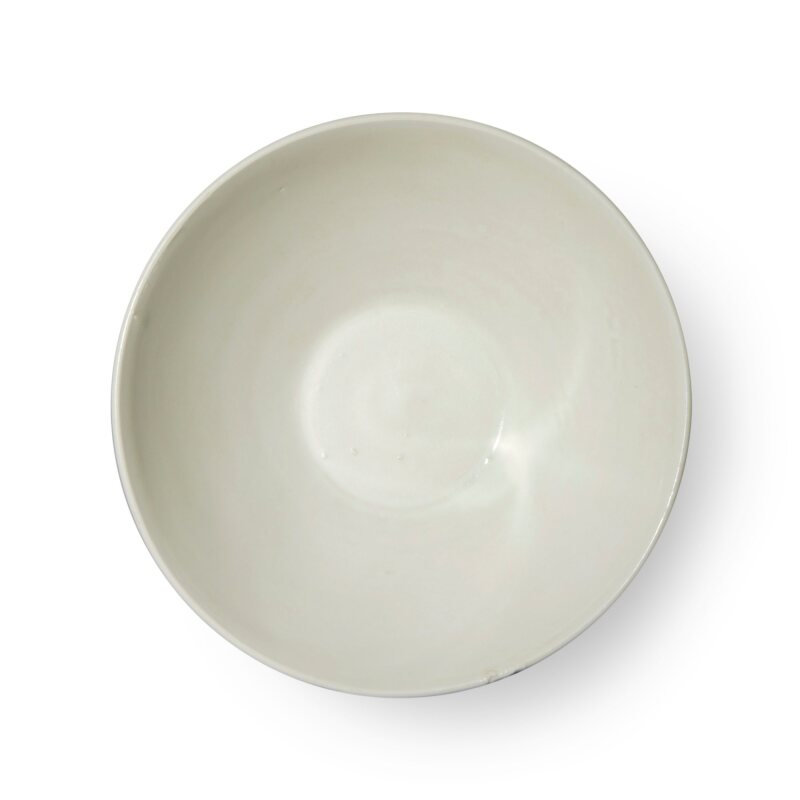 Note: The Xing kilns in Lincheng and Neiqiu counties of Hebei province were probably the most successful producers of white wares in terms of the material used, potting, glazing and firing of pieces during the Tang dynasty. Xing wares were likened to silver by the contemporary elite. According to Regina Krahl, the quality of wares produced at the Xing kilns increased substantially from the mid-Tang period onward, with the body becoming more porcellaneous and the glaze achieving a very smooth quality with a distinct blue tinge. See Regina Krahl, 'Bright as Silver, White as Snow - White Wares of North and South China', in Bright as Silver. White as Snow. Chinese White Ceramics from Late Tang to Yuan Dynasty, Hong Kong, 1998, pp 15-24. The current bowl is of unusually large size, with a thick attractive creamy-white glaze, and preserved in very good condition.