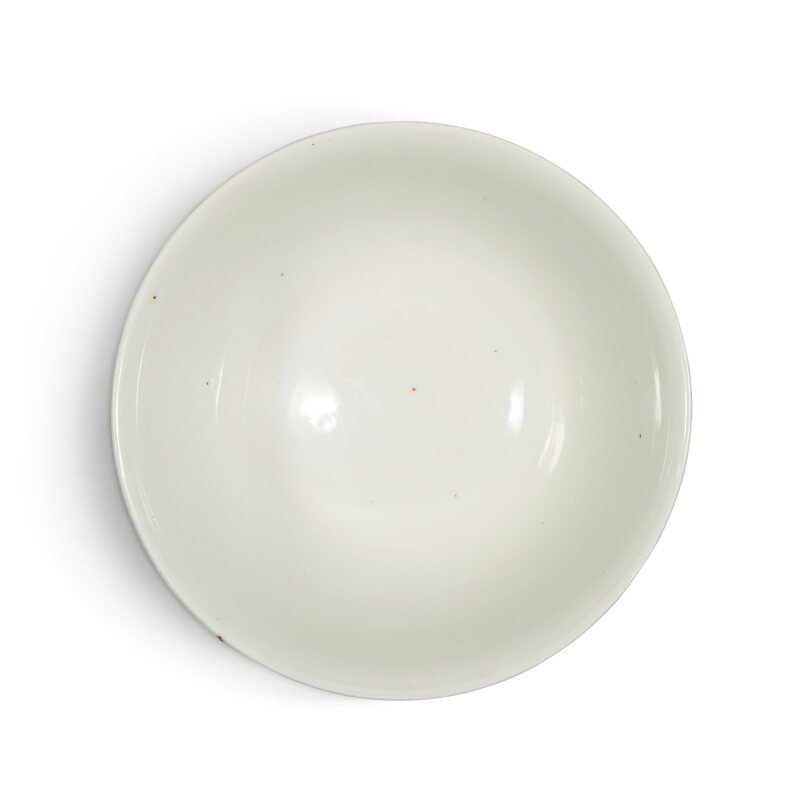 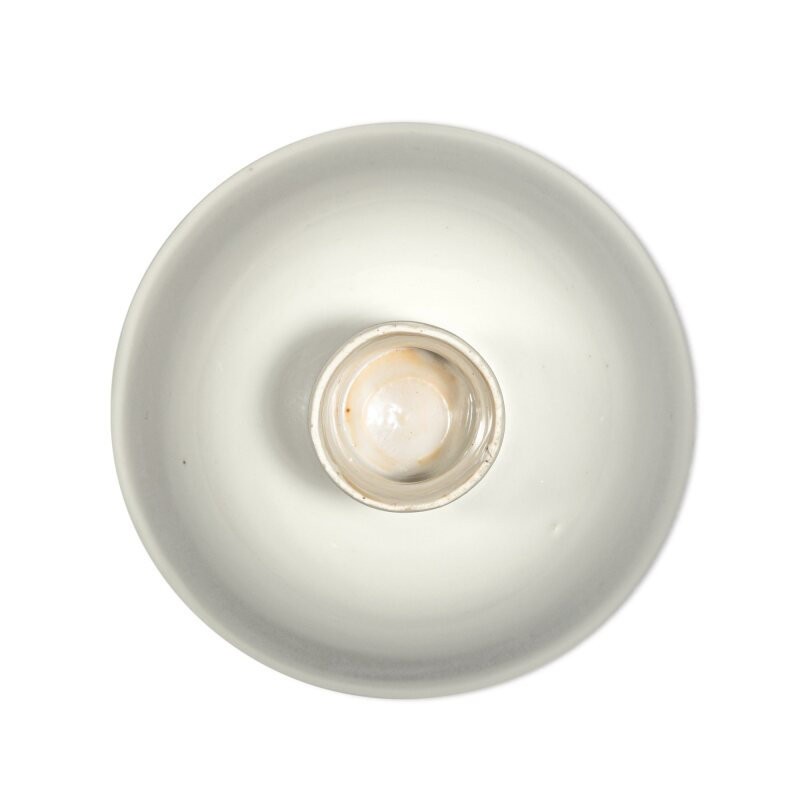 Note:  White-glazed stem bowls such as the present piece were produced during the Ming dynasty under the Yongle Emperor's reign for imperial ceremonial use. Such stem bowls were used in mourning ceremonies that Yongle conducted for his predecessor, the Hongwu Emperor, in order to legitimize his own claim to the throne. A devout Tibetan Buddhist, Yongle also likely employed these wares in rituals and gifted them to monasteries in Tibet.

Compare a stem bowl of similar profile sold in our Hong Kong rooms, 25th November 1980, lot 49, and one attributed to the late 15th century, sold in our London rooms, 9th December 1986. A slightly later stem bowl, attributed to the Zhengde period, is published in Bo Gyllensvärd, Chinese Ceramics in the Carl Kempe Collection, Stockholm, 1964, pl. 683, and sold in our London rooms, 5th November 2008, lot 579. For a Yongle mark and period anhua-decorated example, see one illustrated in Jessica Harrison-Hall, Catalogue of Late Yuan and Ming Ceramics in the British Museum, London, 2001, pl. 3:1.