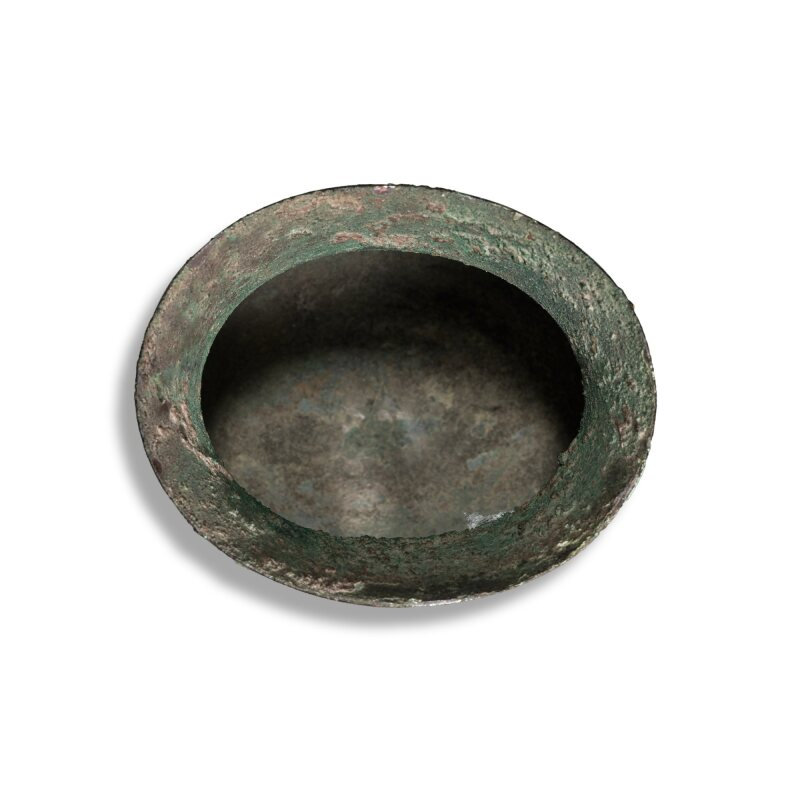 cast to the interior with a three-character inscription reading Ran fu ding.

Property from an Oklahoma Private Collection.

Note: Charles R. Nesbitt was an Oklahoma attorney, politician and a permanent member of the board of Oklahoma Museum of Art, Oklahoma City. He held several political positions in the Oklahoma state government, having served as the 9th Attorney General of Oklahoma (1963–1967), a member of the Oklahoma Corporation Commission (1969–1975), and as Oklahoma Secretary of Energy under Governor David Walters (1991–1995).