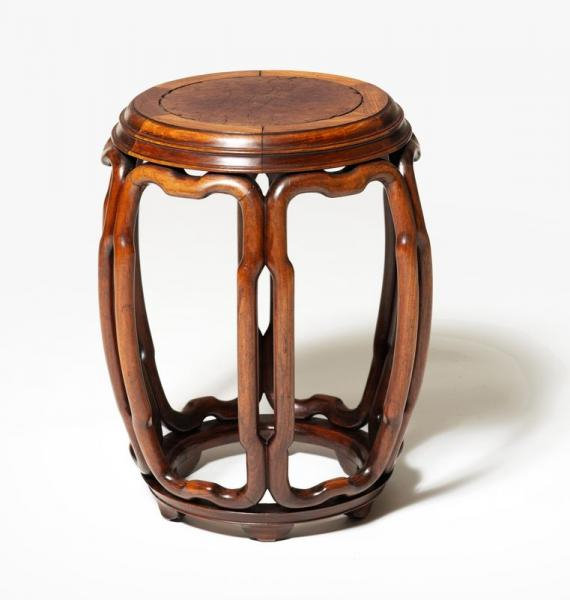 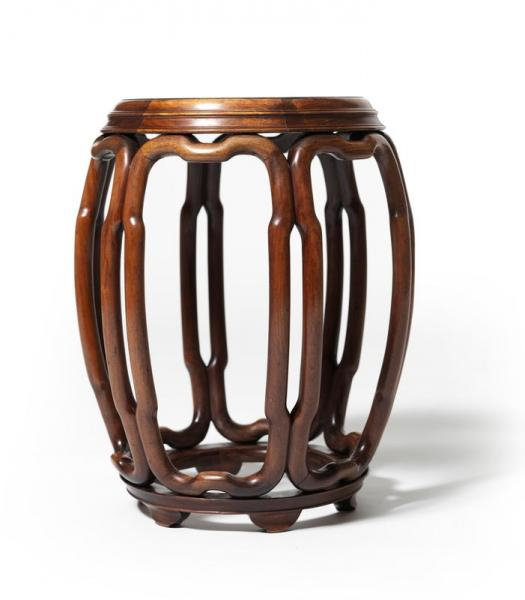 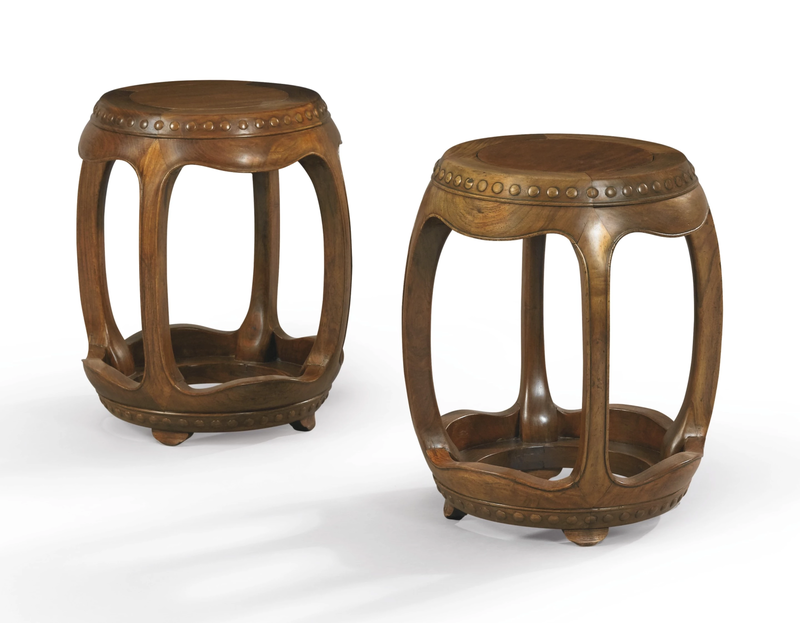 each modelled in the form of a barrel, the circular top resting on a shaped apron extending into four curved legs bulging near the centre of the stool, all resting on a shaped ring base supported on four trefoil pad feet, the edges of the top frame and ring base bordered with studded bosses, the patina of a warm honey-brown colour accented with an attractive grain.