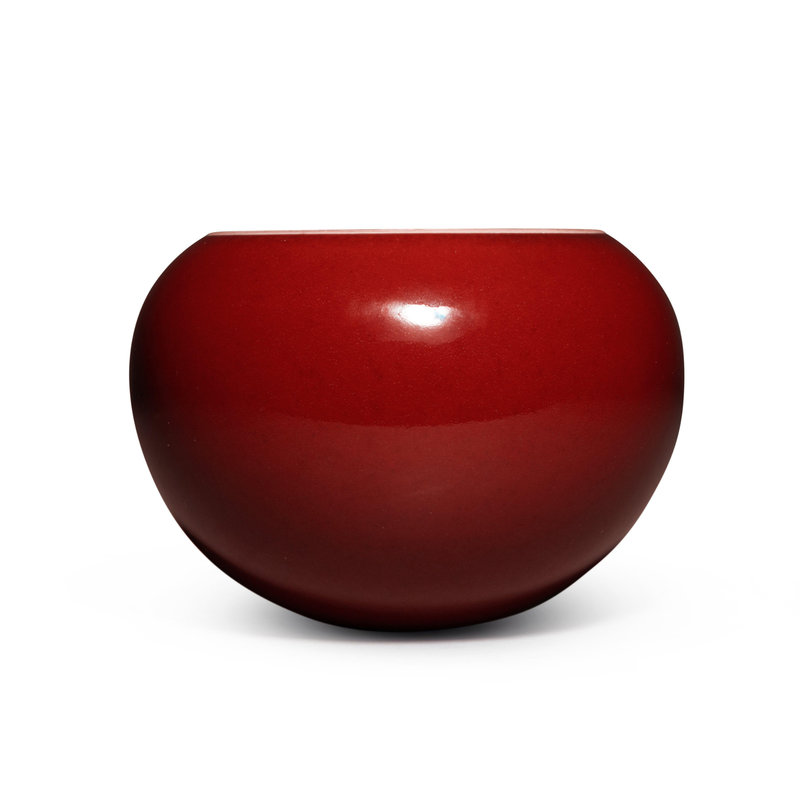 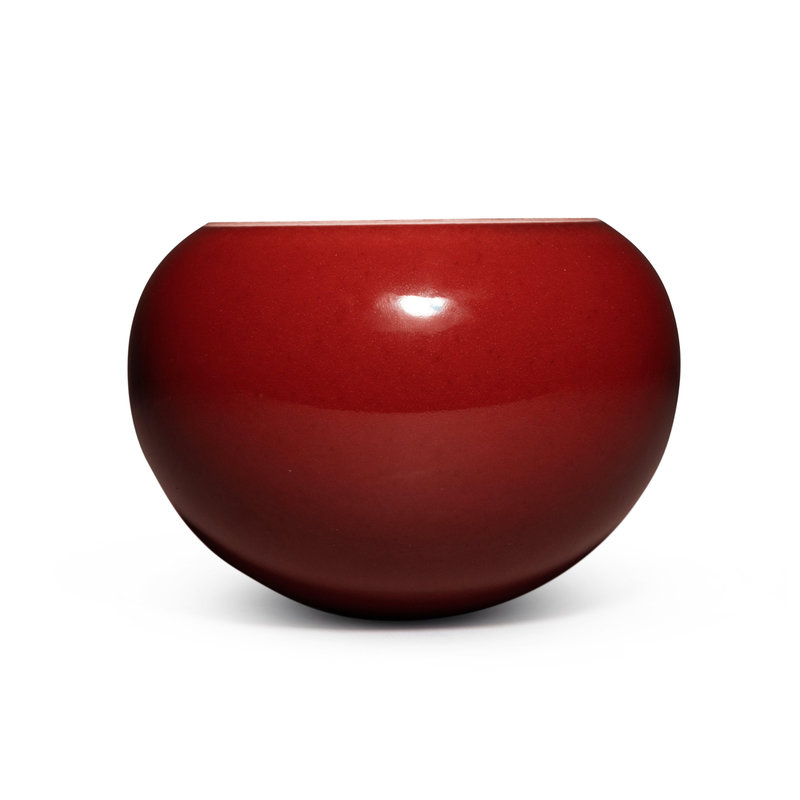 Note: This unique vessel is exceedingly rare for its shape with a domed base terminating in a slightly convex center. Fired upside down in the kilns, the present lot is entirely covered with a lustrous copper-red glaze save for the mouth rim.