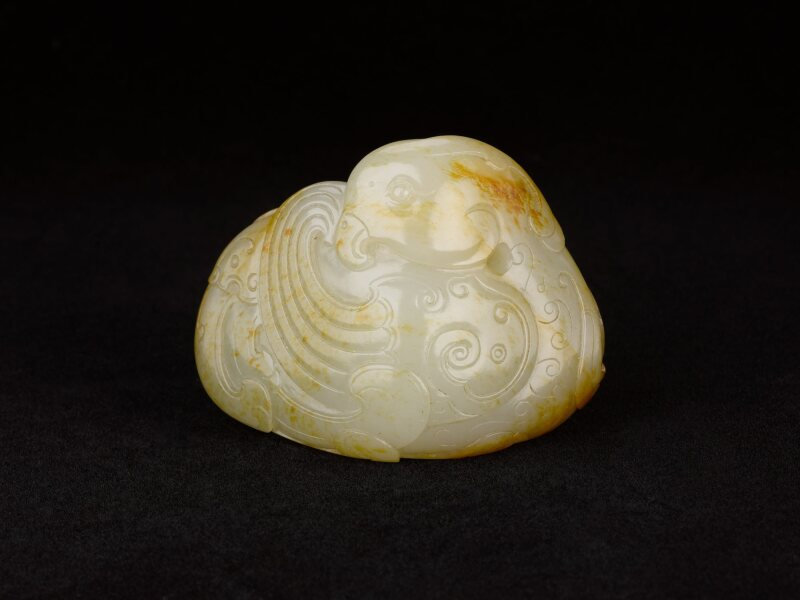 portrayed with its head turned backwards and two-clawed feet tucked underneath its body, depicted with a hooked beak and a bifurcated tail issuing from the mouth of another small animal, its stylised wings detailed with incised plumage and archaistic scrolls, pierced with an aperture.

Note: Carved from an irregular pebble as a charming bird with a gently turned head and tucked wings, complemented by archaistic scroll-patterned plumage, the present figure encapsulates the skills and imagination of Song dynasty jade artisans. Such representations of recumbent birds allowed the craftsmen to make full use of the contours of the jade pebbles to create whimsical forms with minimal waste. James C.Y. Watt suggests that the use of archaistic patterns on naturalistic animals, as seen on the present pebble, probably began from the Tang and continued to the end of the Ming dynasty with only minor stylistic modifications (op.cit., p. 94).