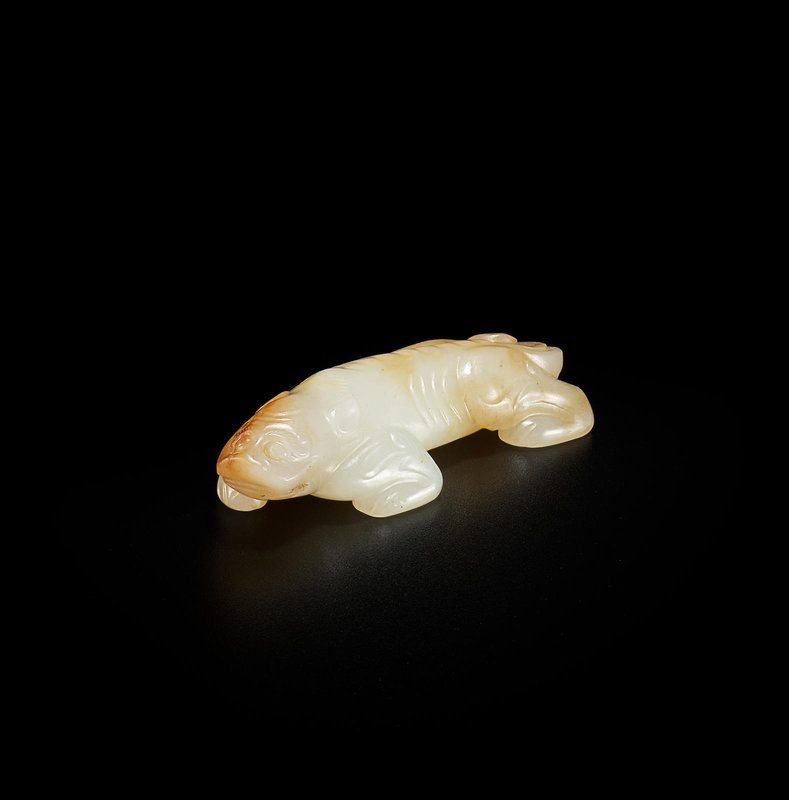 Carved as a flattened recumbent tiger slightly leaning to the right, its head turned to the left, detailed with a wide grin, thick eyebrows, fine whiskers and sharp fangs, its fur incised with vertical stripes, and its tail flicked over its haunches at the end of the raised backbone, the stone of even white tone with areas of russet inclusions, box.

Commentaires sur A white and russet jade carving of a tiger, Song-Ming Dynasty (960-1644)