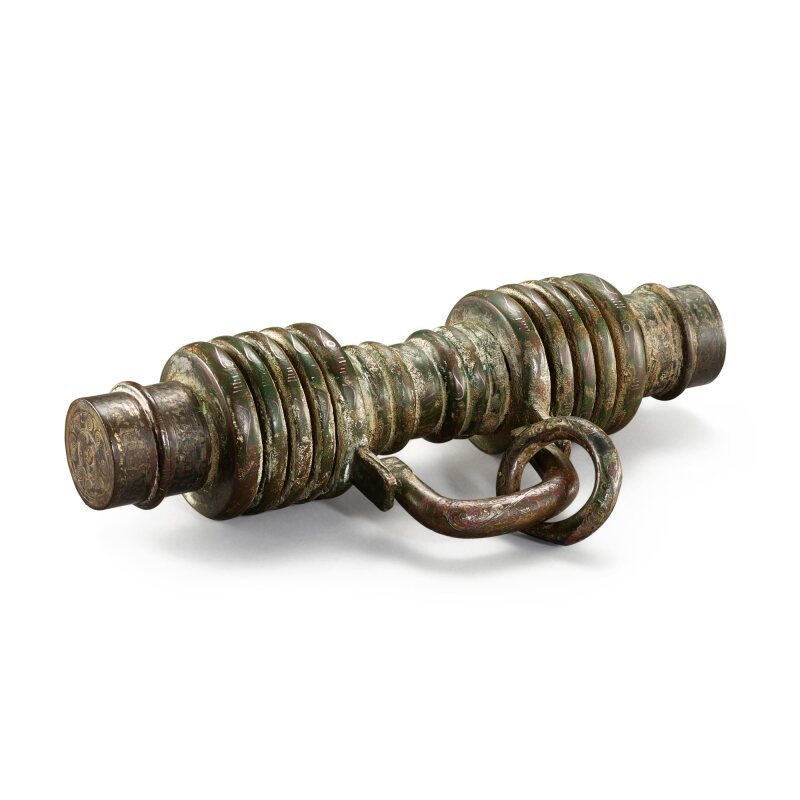 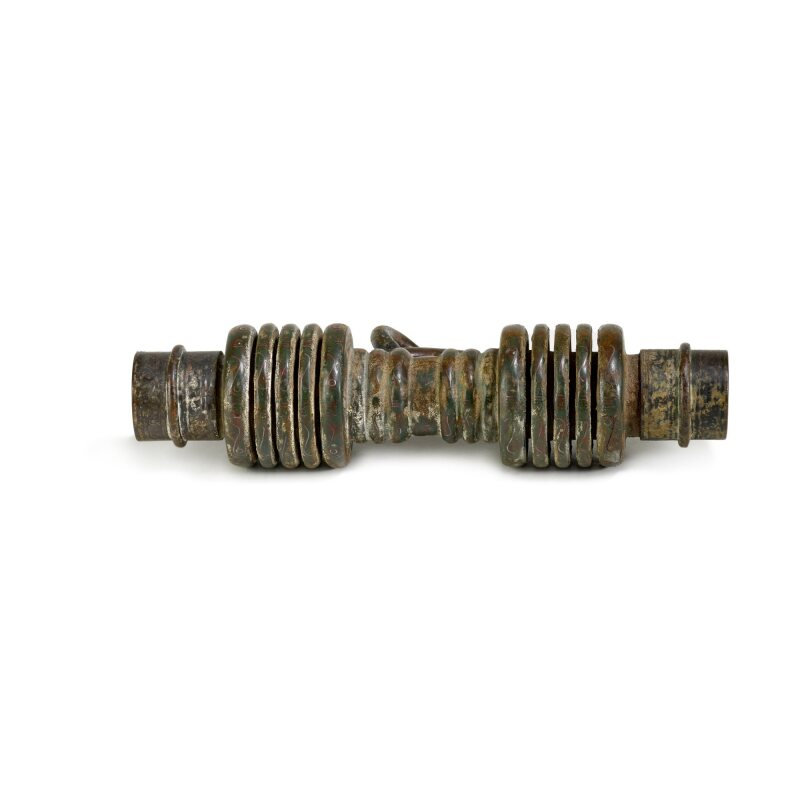 flanked by two tubular fittings on both ends, the flat top of each fitting with a symmetrical quatrefoil design inlaid in silver and inscribed with two characters reading Lingli, the body with additional scrollwork and encircled with a projecting ring decorated with groups of short vertical lines alternating with S-scrolls, the central fitting set with two sets of five large rings and a hoop suspending another ring.

Note: Possibly once used as finial caps crowning the yoke of a chariot, the two tubular fittings in the present lot are impressive not only for their intricate design and remarkable preservation of original silver inlays, but more importantly, the inscription they bear. The meaning of the two-character inscription Lingli has come to light with Dr Thomas Lawton’s research article ‘Some Inscribed Chinese Bronze Fittings in the Singer Collection’, where the present pair of fittings were also featured in.

Dr Lawton mentioned the earliest reference to Lingli appeared in the biography of a Western Han dynasty official, Shi Fen (d. 124 BC), who retired to Lingli after a long and illustrious official career. The annotator of the biography identified Lingli as a village near Maoling County, located in the present-day Xingping City, Shaanxi province. Maoling County was allegedly established to the southeast of the mausoleum of Han Emperor Wudi and developed into a residential area known for its extravagant lifestyle, with a population of over 270,000 housing many wealthy elites.

Besides the present pair of fittings, only thirteen other 'Lingli' examples have been identified and located, all attributed to the Western Han dynasty:

See also three fittings with a related four-character inscription reading Lingli Guo shi (Guo family of Lingli): one inlaid with silver, formerly in the collection of King Gustav VI Adolf and now preserved in the Museum of Far Eastern Antiquities, Stockholm; the other pair, of similar form and design but inlaid with gold and silver, in a private Hong Kong collection, illustrated in Li Xueqin, The Glorious Traditions of Chinese Bronzes, Singapore, 2000, cat. nos 93 d and e.