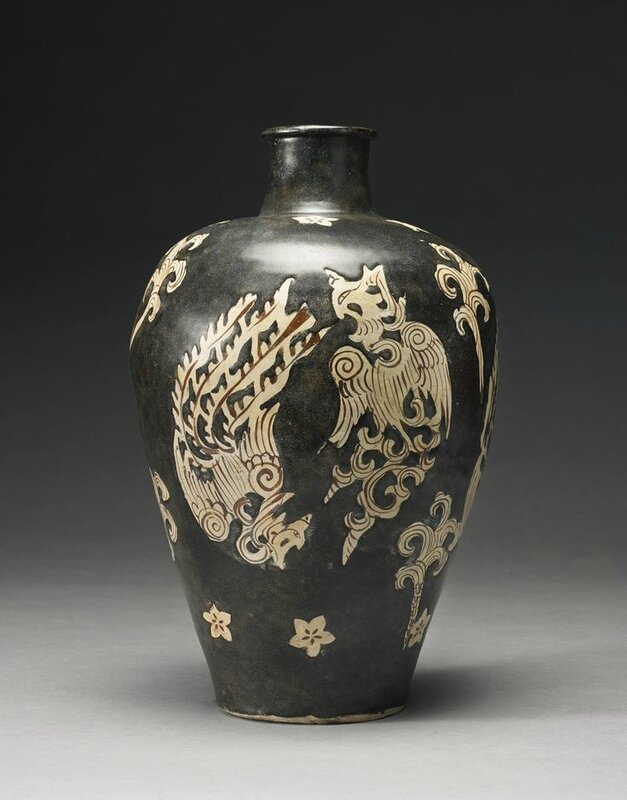 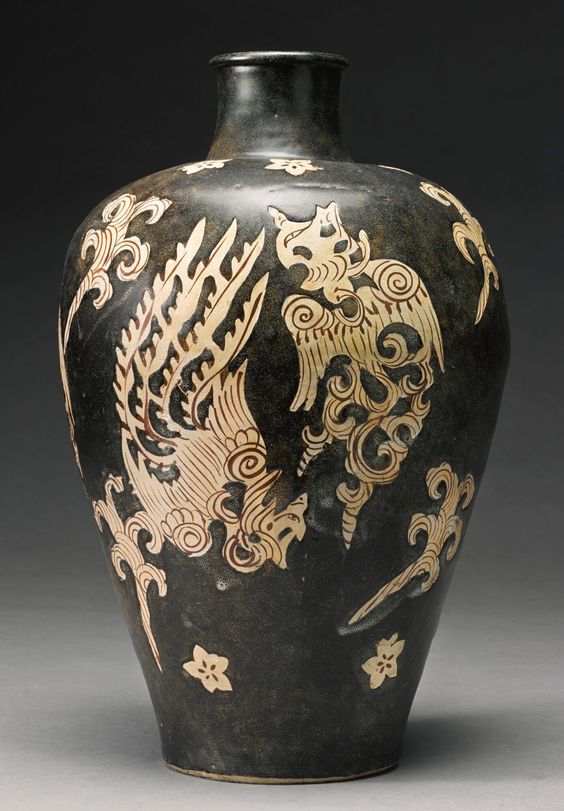 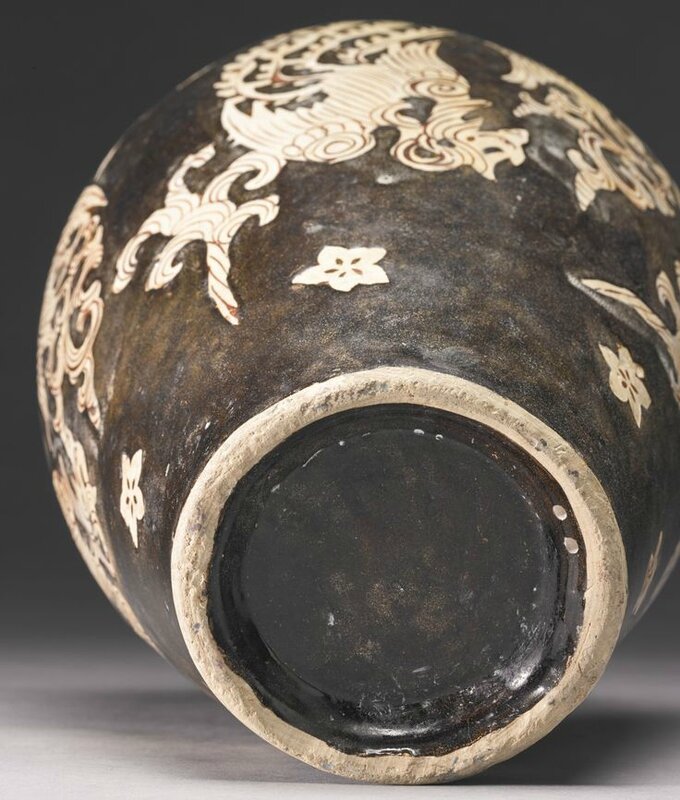 the sides of the gradually flaring body rising to a rounded shoulder and narrow waisted neck with lipped rim, resist-decorated around the exterior with two pairs of phoenix in flight, divided by swirling cloud scrolls and a band of prunus blossoms around the base of the neck and above the foot, all reserved on a rich dark brown slip, the footring unglazed to reveal the pale buff body.

Note: It is extremely rare to find a Jizhou vase of this size with this elaborate phoenix design combined with prunus blossoms, and though no other example of this exact design appear to have been published, this combination is known to exist. See a smaller vase with a highly stylized phoenix design between five-petaled florets in reserve, apparently without painted details, included in the exhibition, So Gen no Bijutsu, Osaka Municipal Art Museum, 1978, Catalogue, no. 1-211. Given the unusually large size of the meiping, the two designs may have been combined to fill up the undecorated space.  See a smaller meiping with the two pairs of phoenix design without the prunus in the collection of the Arthur M. Sackler Museum, Harvard University Art Museums, and illustrated by Robert Mowry in the catalogue for the exhibition, Hare's Fur, Tortoiseshell and Partridge Feathers, Chinese Brown and Black-Glazed Ceramics, 400-1400, Cambridge, Massachusetts, 1996, no. 103. Another smaller Jizhou' vase with only the prunus blossoms is illustrated in Regina Krahl, Chinese Ceramics from the Meiyintang Collection, London, vol. 1, 1994, p. 281, pl. 521.

The dating of this lot is consistent with Oxford thermoluminescence test, P103k27.