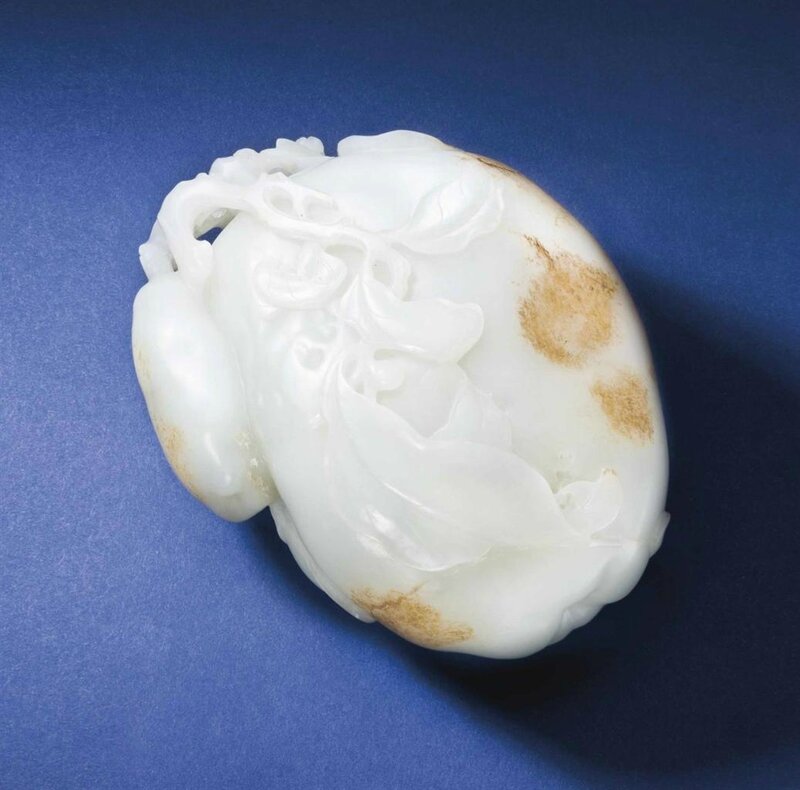 The group is finely carved in the form of a large quince and a smaller quince, both borne on a leafy, flowering branch carved in openwork at one end and in high relief on both sides. The well-polished stone of even tone has some added russet color. 5 7/8 in. (15.5 cm.) long, wood stand, box

Notes: The superb quality of the carving, which captures the irregular shape of the fruit, exemplifies the high level of craftsmanship achieved by the jade carvers working under the reign of the Qianlong Emperor.