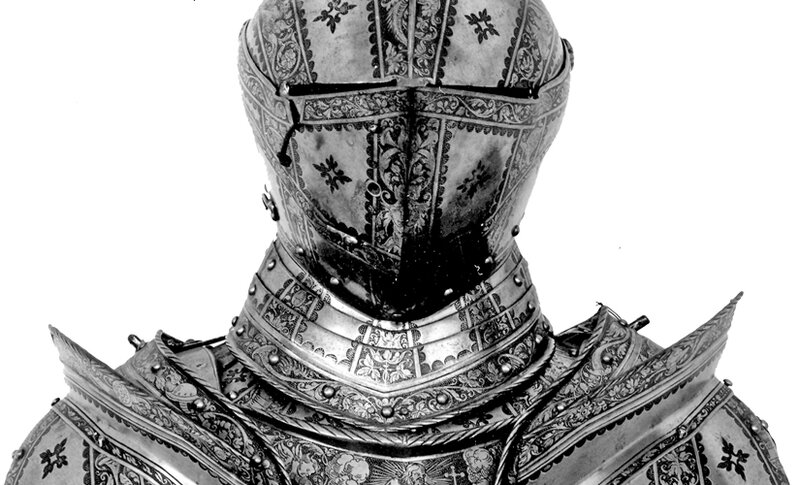 WORCESTER, MASS..- Opening March 29, 2014, Knights! reveals the fascinating place of arms and armor in the broader context of history, storytelling, and art. Only three months after the closing of Worcester’s beloved Higgins Armory Museum, this exhibition marks the first step in the long-term integration of arms and armor into the collection of the Worcester Art Museum. This process ensures that a treasure of national importance remains in Worcester and continues to delight future generations of museum-goers from within the city and across the region.

The Higgins Armory Museum collection features approximately 2,000 pieces from all over the world, including Greek and Roman Antiquities, in addition to objects from Medieval and Renaissance Europe, the Islamic world, and the Far East. The Higgins collection will be fully incorporated into the Worcester Art Museum by 2020, serving as another core element of the Museum’s holdings.

“Integrating the Higgins collection allows us to build on our creative programming and community engagement, and is an incredible opportunity to develop a new approach to presenting these beautiful works of art," said WAM Director Matthias Waschek. “The Worcester Art Museum continues on a path of growth and transformation, and the installation of the Knights! exhibition will be another significant step for us.”

In presenting arms and armor in the context of its encyclopedic collections, the Museum will create a new framework for exploring this material. It will break away from the traditional forms of installation, encouraging visitors to appreciate armor for its aesthetic and social purposes, as much as its martial one. The pieces included in Knights! are largely from Medieval and Renaissance Europe, with additional cultures and periods represented as well. The exhibition’s five separate sections—Courtly Pursuits, The Dance of Love and War, Knights of the Round Table, Triumphal Arch, and Good + Evil—illustrate in detail the historical context in which these works were made and used. In Courtly Pursuits, the first section of Knights!, viewers enter the romanticized world of the court, in which power struggles and relationships unfold like a chess game, with highly calculated moves. The sophisticated suits of armor on display are from the 14th- and 15th-centuries, and designate the wearer’s social status. The suits are highly fashion-conscious, just as the women’s clothing is. Object highlights include:

• Portrait of a Young Noblewoman with the initials LVSS (or IVSS), School of Madrid, oil on canvas, about 1630 (WAM collection, Museum purchase, 1913.43)

The Dance of Love and War section describes the often-idealized relationship between knights and their maidens as a much broader tension: Venus’ attraction can fuel the fear of entrapment as much as Mars’ strength can turn into a life threatening menace. In the Western world, this tension was historically used to illustrate the fragility of peace and its necessary coexistence with war. Among the highlighted objects in this section are: Close helmet for combat at the barriers. Augsburg, about 1590 (HAM 2205.a). Courtesy the Worcester Art Museum. School of Fontainebleau, Woman at Her Toilette, 1550-1570, oil on panel. Courtesy the Worcester Art Museum.

King Arthur and his court famously sat at a round table, an approach designed to instill a sense of shared leadership and status among the disparate and diverse group of knights. The 13 helmets on display in the Knights of the Round Table section represent a variety of historical periods, places, and cultures. Viewers can explore a range of different aspects of both knightly and courtly history. Object highlights include: The Triumphal Arch section of Knights! examines whether such structures—like the celebrated Arc de Triomphe in Paris, or the Arch of Constantine in Rome—serve more as symbols of war’s success or its futility, as they are strewn with armor and weapons of war, representing both victory and loss. This section includes objects such as:

• Front plate of a ceremonial gorget, Flemish, etched and engraved iron with gilding and silvering, 1620-1630

• Miniature cuirass, German, steel with traces of gilding, brass, and modern cord, about 1585-90 Frontplate of a ceremonial gorget, Flemish, 1620-1630, etched and engraved iron with gilding and silvering. Courtesy the Worcester Art Museum. Lastly, Good + Evil uncovers how the use of armor is conditioned by moral questions, for better and for worse. Many of the swords displayed in this section were meant for ritual use and can be admired for their beautiful craftsmanship—but still have the potential for violence. Object highlights include:

• Sword of Justice, German, steel with etching and gilding, bronze with gilding, wood, fish skin, about 1700-35

An added element to the Good + Evil section of the exhibition will allow viewers to compare and contrast wars of the past with those of the present, drawing on information about real-time conflicts from The Pulitzer Center for Crisis Reporting. The first artists shown in this context are Dominic Bracco, Carlos Ortiz, and Louie Palu, all documentary photographers with deep experience capturing images of conflict. Bracco’s photography documents his visits to Ciudad Juárez, Mexico, across the border from El Paso, Texas, and the city that has become the murder capital of the world. In his black and white photographs in “Too Young to Die,” Ortiz explores the tragedy of gun violence in Chicago’s streets. Palu is an awardwinning documentary photographer whose series “Borderline” documents important issues along the U.S.-Mexico border like drug-fueled and gang-led violence.

Knights! marks the beginning of the integration of the Higgins Armory into the Worcester Art Museum’s collection. The Higgins was founded by John Woodman Higgins, a prominent Worcester industrialist who assembled one of the few significant arms and armor collections outside of Europe. He began construction on a five-story building to house his collection in 1929, and it was among the first all steel and glass curtain-wall structures built in the United States. The Higgins Armory opened in Worcester in 1931, where it developed a reputation for its family-friendly programming and commitment to the Worcester community. However, in recent years the Higgins—like so many non-profit organizations across the country—has been affected by both economic challenges and increased competition from other attractions, and the decision was made to cease public operations.

Upon learning of the Higgins’ planned closure at the end of 2013, the Worcester Art Museum stepped forward to keep this important collection in the city. Offering to integrate the Higgins collection into its own holdings means the acquisition and presentation of about 2,000 pieces, the creation of new family-friendly programs, and the opportunity to further the Museum’s goal of providing inclusive and high-impact audience engagement initiatives. The Higgins’ holdings will be fully incorporated into the Museum’s collection by 2020. 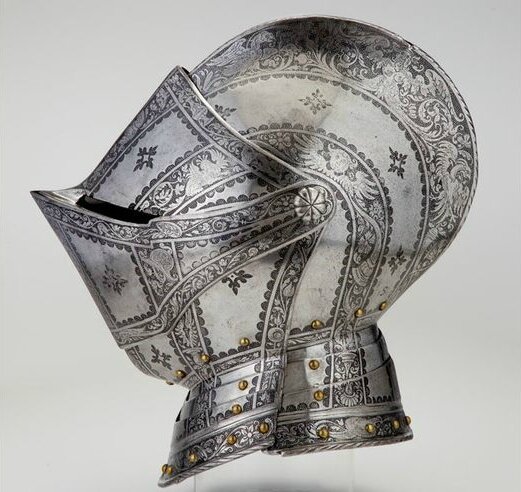