DALLAS, TX.- From March 30 through June 29, 2014, the Dallas Museum of Art will host Nur: Light in Art and Science from the Islamic World. The DMA is the only venue outside of Europe to host this international touring exhibition of Islamic art and culture co-organized by the DMA and the Focus-Abengoa Foundation. Critically acclaimed by such publications as The Financial Times and the International New York Times when it premiered in Seville, Spain in October, Nur: Light in Art and Science from the Islamic World spans more than ten centuries and features 150 works of art and objects from public and private collections in Europe, North Africa, the Middle East, and the United States. The exhibition explores the use and meaning of light as a unifying motif in Islamic art and science worldwide. Organized and developed by Islamic art and culture expert and the DMA’s Senior Advisor for Islamic Art Dr. Sabiha Al Khemir, Nur will include a significant number of objects that have never before been presented to the public, from artworks to rare manuscripts and scientific objects.

“We are pleased to be partnering with the Focus-Abengoa Foundation to bring Nur to Dallas and to share with our audiences the tremendous breadth, innovative quality, and artistry of Islamic material culture,” said Maxwell L. Anderson, the DMA’s Eugene McDermott Director. “Nur exemplifies the DMA’s commitment to broadening and enriching the experiences we offer our community. We look forward to continuing to enhance the presence of Islamic art in our exhibitions and collections through our international collaborations and cultural exchange program, DMX, led by Dr. Sabiha Al Khemir.”

“Abengoa’s leadership in solar energy and the Islamic history of the city of Seville and Andalusia are the fundamental elements that led us to create this exhibition. Sabiha’s vision in Nur explores the universality and the constancy of light in Islamic art and culture, while delving into our conscience and strengthening our ability to appreciate beauty and the aesthetic inherent in these pieces,” said Anabel Morillo León, director general of the Focus-Abengoa Foundation. “As we increase our presence in the United States and extend our cultural reach, we are delighted to partner with the Dallas Museum of Art.”

Deriving its title from the Arabic word for light in both the physical and metaphysical sense, Nur is organized thematically into two major sections: an art section showcasing innovations in artistic technique that enhance the effect of light, and a section focusing on scientific fields which are related to light or contributed to enlightenment. Encompassing works dating from the 9th through early 20th centuries, and originating from a wide geographical area, from Spain to Central Asia, the exhibition includes manuscripts illuminated with gold and color pigments, ceramics painted with lustre, inlay metalwork decorated in silver and gold, and objects made from precious and semi-precious stones. Scientific objects featured in the exhibition include equatorial sundials, astrolabes, and anatomical instruments, all of which are examples of the Islamic world’s influence on the Renaissance and scientific thought.

“Nur: Light in Art and Science from the Islamic World allows visitors to discover themes and see works from the Islamic world, some of which have never been exhibited before,” said Dr. Sabiha Al Khemir, the exhibition’s project director and Senior Advisor for Islamic Art at the Dallas Museum of Art. “The eleven centuries and seventeen countries represented in Nur demonstrate not only the tradition of skill and craftsmanship across the Islamic world, but also the sheer beauty that Islamic culture has produced and Islamic civilization’s contribution to humanity’s pool of knowledge.”

The exhibition begins with a selection of objects that visually express the idea of light in their design, including a bowl from late 13th-century Iran and a ceremonial shield from 17th century India or Persia, both of which feature suns at their centers emanating stylized rays of light. It also explores the idea of light as a shared metaphor, with pieces representing Muslim, Christian, and Jewish cultures. Screens throughout the exhibition present the rich details of the objects on view, highlighting the visual language and vocabulary of Islamic art and its multi-layered nature, with ornate flourishes and calligraphic writing. The screens also bring to the fore the synthesis of the exhibition’s themes, adding to the didactic dimension.

The exhibition includes artworks and secular objects from institutional and private collections, including a significant number of objects from Spanish collections that will be traveling to the United States for the first time for the Dallas Museum of Art’s presentation of Nur. Exhibition highlights include:

• A series of 11th-century crystal chess pieces from the Museo da Catedral in Ourense, Spain, which have never before left the cathedral;

• 19th-century anatomical illustrations from Iran, which have never before been exhibited to the public;

• Pieces from the 13th-century renowned Jazira, Mosul, and Khorasan schools of metalwork, inlaid with gold and silver;

• Four pages, displayed together for the first time, from the “Blue Koran” of 9th-10th-century Tunisia, the only existing Koran manuscript on blue parchment;

• A 19th-century work on paper, two meters long, from Iran, representing the twelve signs of the Zodiac, which has never before been exhibited;

• The oldest surviving illustrated manuscript written in Arabic on any subject, a manuscript on paper of Abd al-Rahman al-Sufi’s “Treatise on the Fixed Stars,” dating from 1009-1010; and

Nur: Light in Art and Science from the Islamic World requires a special exhibition ticket of $8 for adults; DMA Partners and children 11 and under are free.

Dr. Al Khemir will discuss Nur: Light in Art and Science from the Islamic World during a special exhibition lecture on Thursday, April 3. The Museum will also celebrate the exhibition during the April 18 Late Night with an evening of performances, talks, tours, and more. Dr. George Saliba, professor of Arabic and Islamic science at Columbia University will examine the ritual of Islamic prayer and how light and shadow play a crucial role in this ritual on May 8. Additional programs, including lectures and gallery talks, will be scheduled throughout the run of the exhibition. For dates, prices, and details, visit DMA.org. 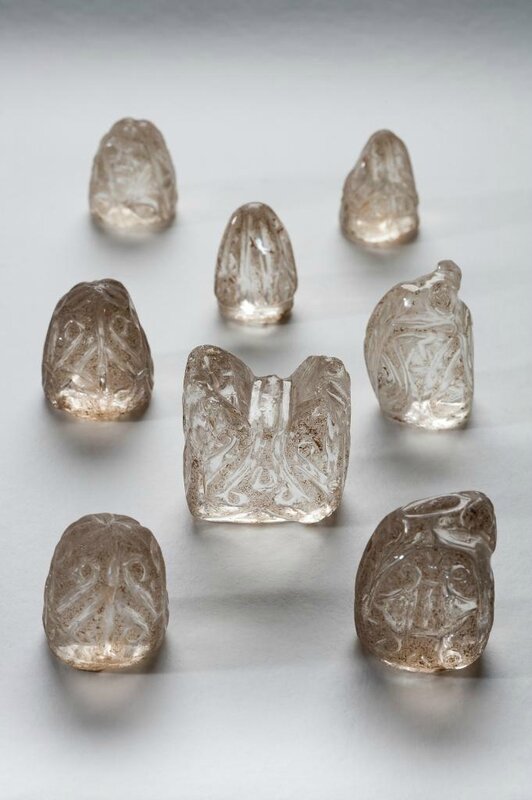 A series of 11th-century crystal chess pieces from the Museo da Catedral in Ourense, Spain / Courtesy of The Focus-Abengoa Foundation 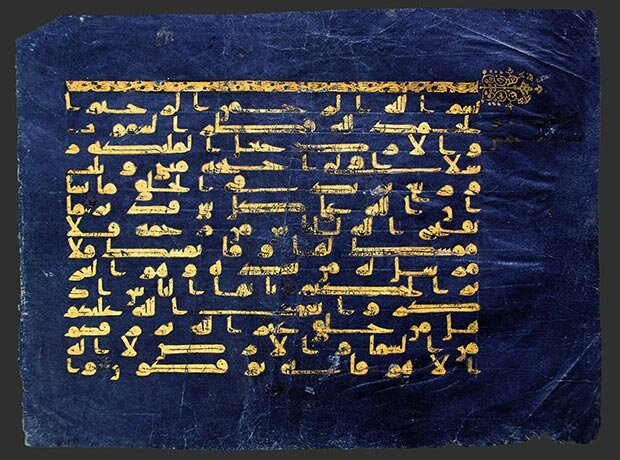