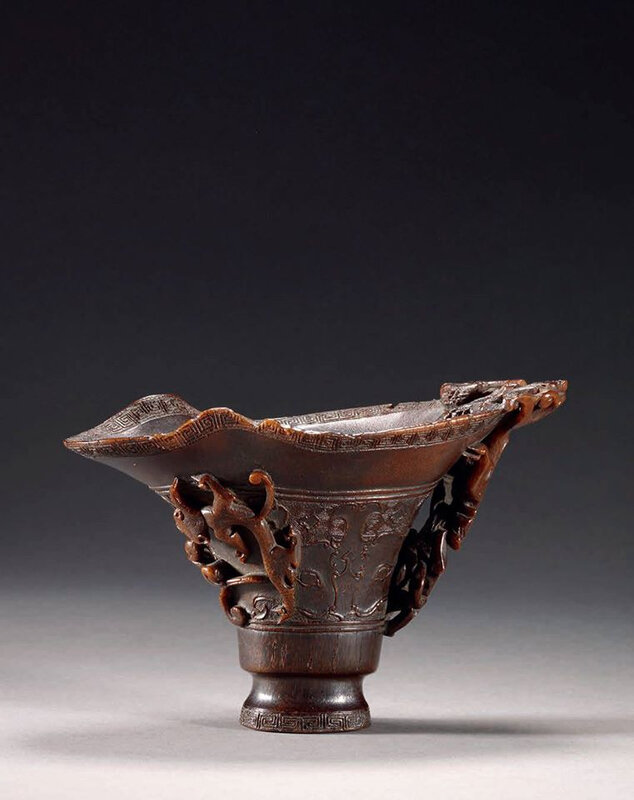 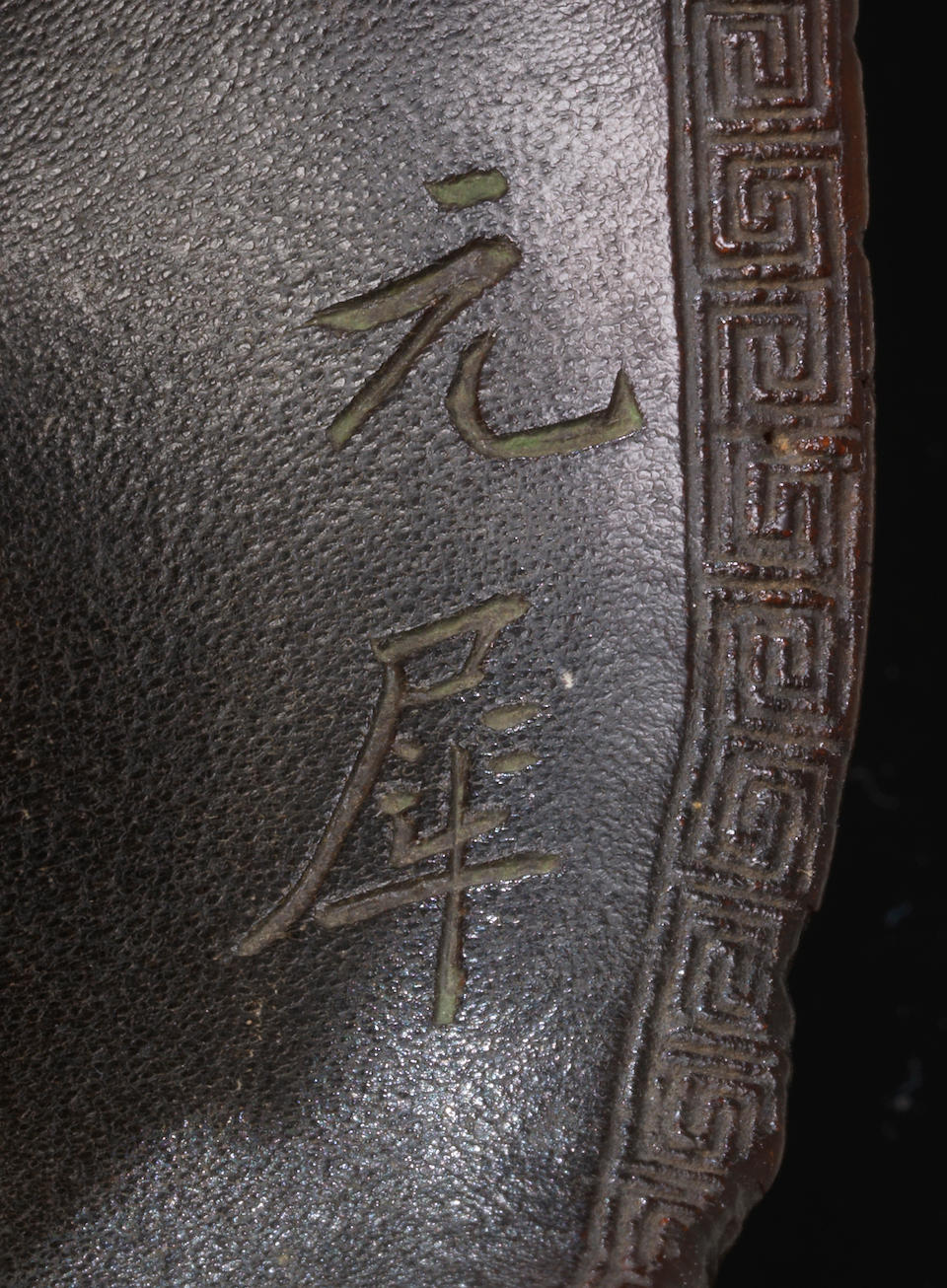 Of elegantly carved tapered form with canted corners at the rim, the handle formed by four sinuous chi dragons, decorated on the exterior with a wide band of archaistic taotie masks on a geometric ground, interrupted by two further chi dragons in high relief, between narrow key-fret borders at the rim and foot, the horn of a rich and dark brown tone, incised two-character yuan xi inscription on the interior.

Note: The archaic inspiration, based on the decoration of ritual bronze vessels, for this libation cup is emphasised by the stylised taotie and leiwen ground of the decorative bands. The form of the present lot was probably also inspired by archaic jue or yi ritual bronze vessels. These archaistic elements contrast with the lively chi dragons entwining to form the handle. Chi dragons, or chilong, allow the carver to exhibit his extraordinary skill and superb craftsmanship.

Compare the form and canted mouth rim with a rhinoceros horn libation cup illustrated in Bamboo, Wood and Ivory Carvings. The Complete Collection of Treasures of the Palace Museum, Hong Kong, 2002, Vol.44, p.152, no.134. Other examples of rhinoceros horns carved with combinations of archaistic motifs are discussed and illustrated by Jan Chapman, The Art of Rhinoceros Horn Carving in China, London, 1999, pp.147-155. An example of similar shape and also carved with a chi dragon handle is illustrated by Thomas Fok in Connoisseurship of Rhinoceros Horn Carving in China, London, 1999, no.13.

Several examples of rhinoceros horn libation cups with archaistic decoration have been sold at auction. Compare a cup dated to the Qianlong period sold at Christie's Hong Kong, 27 May 2008, lot 1719; and another 17th/18th century cup was sold in our London rooms, 10 November 2011, lot 433.