Baroque in Rome: The Wonder of the Arts" opens at the Palazzo Cipolla in Rome

Baroque in Rome: The Wonder of the Arts" opens at the Palazzo Cipolla in Rome ROME.- From the 1st April to the 26th July 2015 the Fondazione Roma Museo-Palazzo Cipolla will present an ambitious cultural operation, mainly driven by the exhibition entitled Barocco a Roma. La meraviglia delle arti (Baroque in Rome. The Wonder of the Arts). Like the metaphorical ‘Barberini Sun’ the exhibition is in the middle of an original ‘heliocentric system’, where the rays are represented by a rich series of satellite events and projects held in some of the main Baroque sites in Rome. The hub of the operation, established by the determination of the Chairman of Fondazione Roma, Professor Emmanuele F. M. Emanuele, is Fondazione Roma-Arte-Musei that has brought together numerous public, private and ecclesiastical institutions which, for the occasion, will cooperate with the exhibition Barocco a Roma. La meraviglia delle arti by offering a series of correlated satellite events: exclusive tours (the Vatican Museums); thematic tours starting from the exhibition halls in Palazzo Cipolla (the Saint Ives at the Sapienza complex, Oratory of Saint Phillip Neri, the Chapel of the Magi in the Collegio di Propaganda Fide and the Doria Pamphilj Gallery); baroque itineraries (the Capitoline Museums and the National Gallery of Ancient Art in Palazzo Barberini); special visits (Palazzo Colonna); investigative exhibitions (Museo di Roma in Palazzo Braschi, Palazzo Chigi in Ariccia and the Alessandrina Hall in the Archivio di Stato) as well as study days, conferences, concerts and a historical commemoration of Castel Sant’Angelo, featuring an exhibition, a boat race and the Girandola firework display to celebrate the feast day of Saints Peter and Paul. Exceptionally and exclusively during the exhibition period visitors may access sites that are normally out of bounds: the Chapel of the Magi (a work by Borromini and the arena where this artist challenged his old rival Bernini), the exclusive ‘Sala Borromini’ in the Oratory of Saint Phillip Neri.

The exhibition presents several unpublished works such as the drawing referable to Ciro Ferri drawn from frescoes by Pietro da Cortona for Palazzo Pamphilj in Piazza Navona and other pieces which have never been exhibited in Italy, amongst which the so-called Counter-Project for the colonnade on Saint Peter’s Square by Gian Lorenzo Bernini. Visitors may also admire Bernini’s sketches for the statutes on Ponte Sant’Angelo and the Ecstasy of Saint Teresa (belonging to the Hermitage in Saint Petersburg); the valuable tapestry The infant Moses trampling on the Pharaoh’s crown on cardboard by Nicolas Poussin (from the Mobilier National in Paris), as well as designs by Francesco Borromini and Pietro da Cortona. The presentation to the public of the Musician Angles by Giovanni Lanfranco (works that survived the fire in the Church of the Capuchins in the nineteenth century), which have been recently restored owing to Fondazione Roma-Arte-Musei, will be an exceptional event. 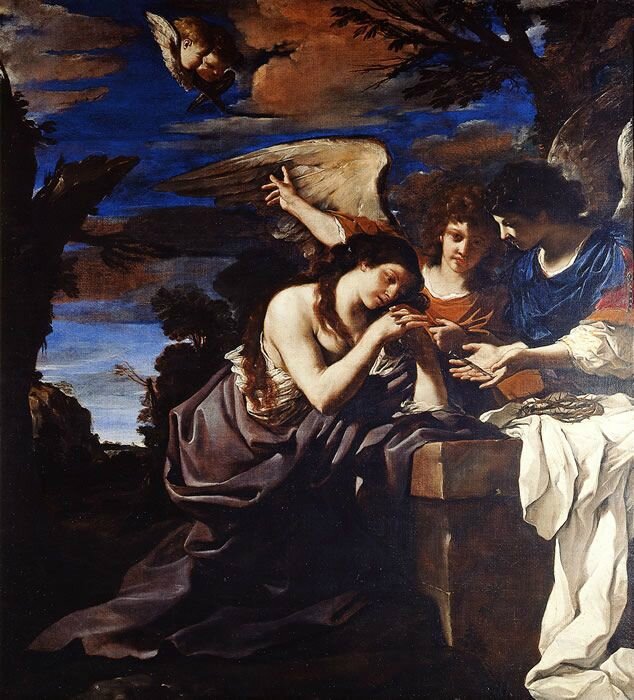 Other masterpieces which have been exclusively lent to the exhibition in Palazzo Cipolla are: Portrait of Costanza Bonarelli by Bernini; Atalanta and Hippomenes by Guido Reni (Museo di Capodimonte); The triumph of Baccus by Pietro da Cortona (Musei Capitolini); Saint Mary Magdalene Penitent by Giovan Francesco Barbieri known as Il Guercino (Vatican Museums) and Time Vanquished by Love and Beauty by Simon Vouet (Museo Nacional del Prado). 1662, oil on canvas. Vienna, Art Gallery of the Academy of Fine Arts Vienna.

The exhibition displays other important loans granted by the world’s most prestigious museums, including the Louvre Museum and the Mobilier national et des manufactures des Gobelins in Paris, the State Hermitage Museum in Saint Petersburg, the Kunsthistorisches Museum and the Albertina Museum in Vienna, the Museo Nacional del Prado in Madrid, the Staatliche Museen in Berlin, the Victoria & Albert Museum in London and the Vatican Museums, as well as by the major Italian museums (the National Gallery of Ancient Art in Palazzo Barberini, the National Gallery of Ancient Art in Palazzo Corsini, the Galleria Borghese, the Galleria Spada, the Capitoline Museums, Palazzo Chigi in Ariccia, the Uffizi Gallery, the Bargello National Museum and the Museo Nazionale di Capodimonte. Guido Reni, Atalanta and Hippomenes, Ca. 1616-18, Naples - Museum of Capodimonte. Courtesy of the Photo Library of the Superintendence for the PSAE and for the Museum of the City of Naples. Giovanni Francesco Romanelli, The Virgin and Child with the Young Saint John,

Curated by Maria Grazia Bernardini and Marco Bussagli with the contribution of a prestigious Scientific Committee, the exhibition ‘Barocco a Roma. La meraviglia delle arti, together with the related satellite events offer the public the chance to become ‘spectators’ and relive the aesthetical experience and the manifold sensations emanated from the Baroque ‘stage’ of what has be defined the ‘Great Theatre of the World’, in one word Rome. Domenico Zampieri Domenichino, Guardian angel, 1615, Naples, Capodimonte Museum. Courtesy of the Photo Library of the Superintendence and the PSAE and for the Museum of the City of Naples. 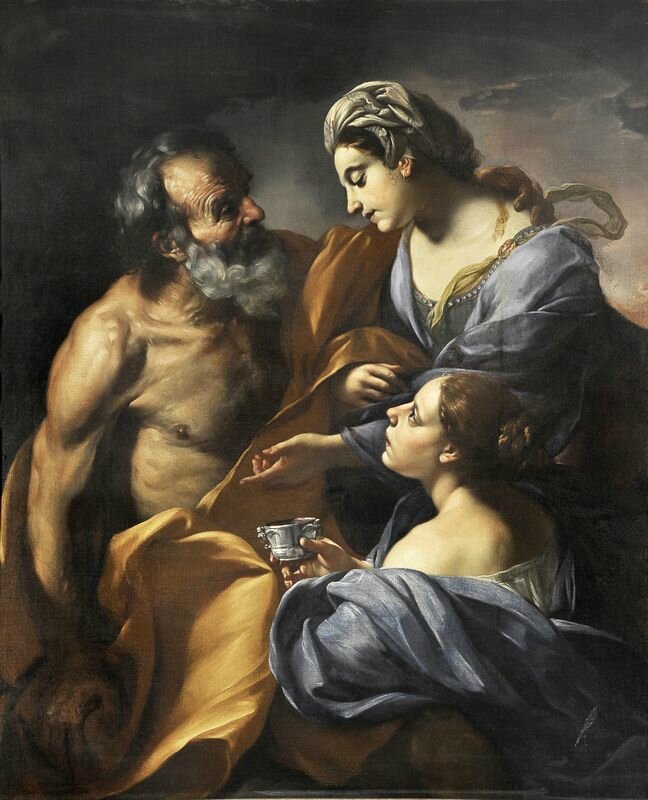 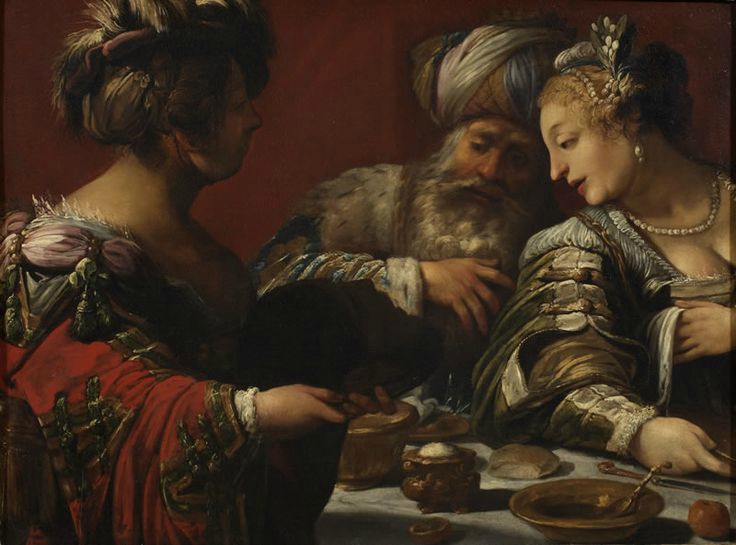 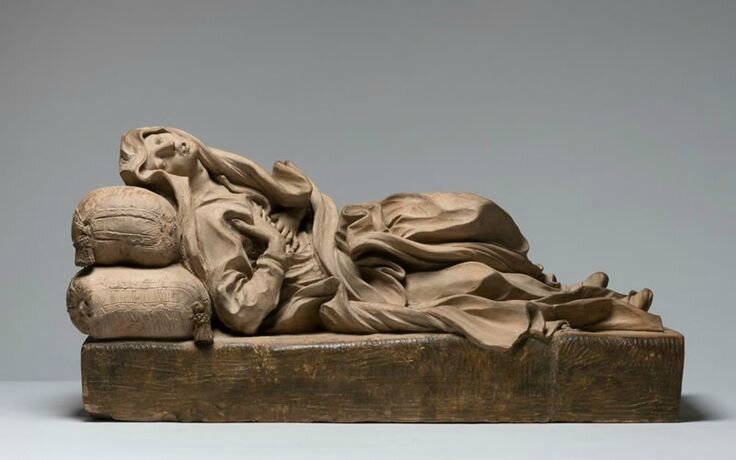 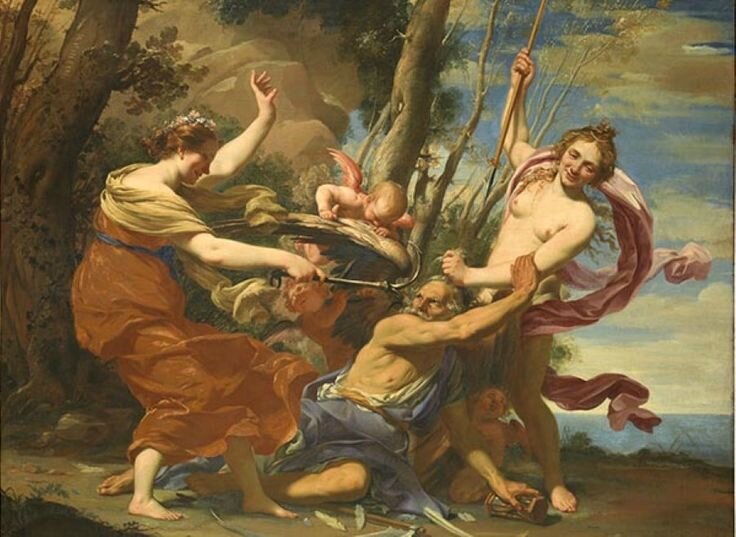 Visitors look at the painting "Entry of Taddeo Barberini from the Porta del Popolo" by Italian painter Agostino Tassi during the exhibition "Baroque in Rome: the Wonder of the Arts" at the Fondazione Roma Museum-Palazzo Cipolla in central Rome on March 31, 2015. AFP PHOTO / ANDREAS SOLARO. A visitor looks at the painting " Angels scaling the foreheads of the children of Israel " by Italian painter Pietro da Cortona as part of the exhibition of paintings, "The Baroque in Rome. The wonder of the arts" , at Palazzo Cipolla - Fondazione Roma Museum, in central Rome, on March 31, 2015. AFP PHOTO / ANDREAS SOLARO.

Commentaires sur Baroque in Rome: The Wonder of the Arts" opens at the Palazzo Cipolla in Rome