HONG KONG.- On 6 April 2016 in Hong Kong, Sotheby’s will offer one of the greatest collections of Chinese porcelain left in private hands. Put together in the mid-20th century by Roger Pilkington, one of the most eminent and active collectors of his day, the collection spans the heights of 1,000 years of Chinese porcelain production, from the Tang through to the Ming and on to the Qing dynasties, capturing all the greatest achievements in the field, and at the same time telling the fascinating story, not only of the evolution of Chinese porcelain, but also of Chinese history. Comprising approximately 100 lots, the collection is expected to realise a combined total in excess of HK$225 million / £20 million / US$28.8 million.

Nicolas Chow, Deputy Chairman, Sotheby’s Asia, International Head and Chairman, Chinese Works of Art, said: “The Pilkington Collection contains extraordinarily rare items, of a kind seldom seen together on the market. This time capsule captures a seminal moment in the history of collecting when connoisseurship in the field reached new heights of sophistication, and when collectors’ appetites for the very best were serviced by a handful of brilliant dealers. The sale is a rare opportunity for today’s collectors to discover exquisite treasures assembled by one of the most discerning and exacting eyes in the history of collecting Chinese ceramics. We expect to see enormous enthusiasm for this landmark collection.”

The serious pursuit of Chinese ceramics in England began in the 1920s and 1930s, when some of the most famous collections were formed, with many of the finest pre-war collections sold through Sotheby's. Representing a second generation of collectors after the Second World War, Roger D. Pilkington acquired an exceptional group of objects within a single decade, beginning in the late 1950s, when some of the finest pre-war collections came to the market. This was a golden period for the Chinese art market in Britain. A glance at the various provenances is indicative of the quality of the collection, with an abundance of the most renowned collectors’ names in the field. Roger Pilkington secured his place among them through his relentless pursuit of impeccable quality. 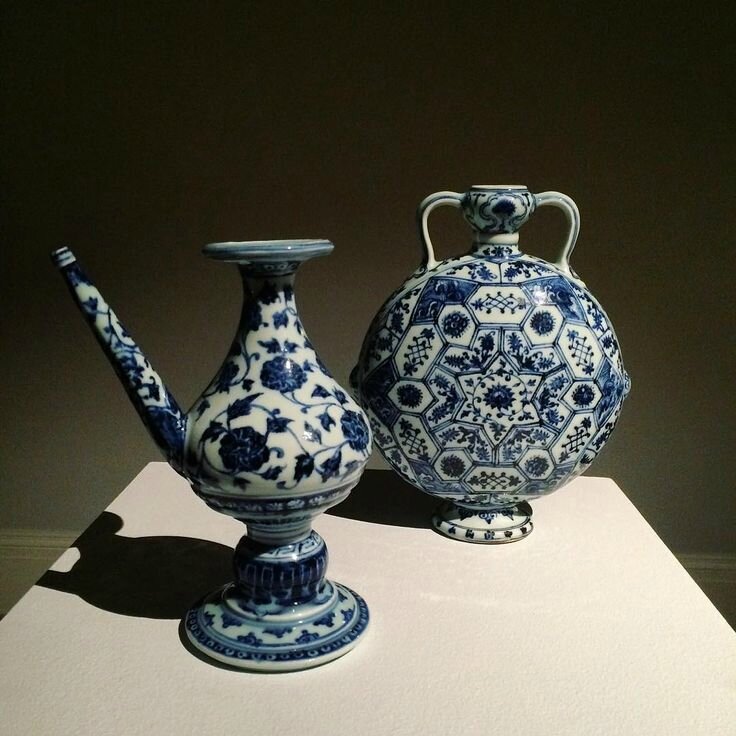 The Pilkington Collection spans a wide range of styles. While the monochrome stonewares of the Song dynasty were produced by commercial kilns located throughout the Chinese empire and designed to appeal to the restrained taste of the literati elite of the period, the blue-and-white and polychrome porcelains of the Ming and Qing periods represent the centralised official production of the imperial kilns at Jingdezhen, Jiangxi province, that were working directly for the court and reflect the respective Emperors’ interests.

The standout highlight of the collection is a group of porcelains produced during the Ming dynasty, comprising pieces from the seminal period in the early 15th century when creativity at the imperial kilns in Jingdezhen was at its zenith. The imperial porcelain is complemented by a small group of superb jade vessels and carvings from the Imperial workshops within the grounds of the Forbidden City, made for the court of Emperor Qianlong in the latter half of the 18th century. 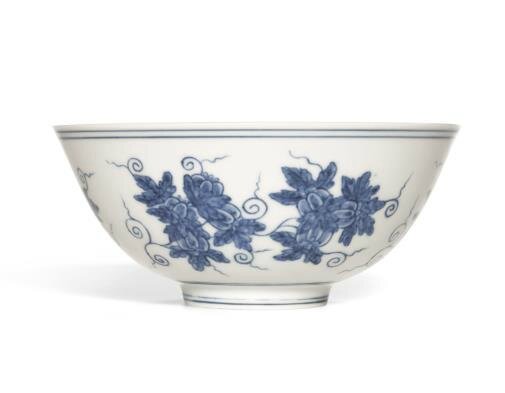 Leading the sale is an exceedingly rare Chenghua Blue and White ‘Palace Bowl’, estimated at HK$50 – 70 million / £4 – 6 million / US$6.4 – 9 million. The Chenghua period in the latter part of the 15th century is one of the most celebrated in the history of Chinese porcelain and has acquired mythical status. Porcelains from this era are so rare that some of the greatest collections in the world lack an example from this time. Chenghua palace bowls belie their modest appearance on first glance, before revealing an aesthetic understatement and refinement that makes them highly desirable to collectors. The bowl in the Pilkington Collection represents a unique version of the design, with a larger number of melons than usual. From the Yongle period during the early 15th century dates a highly unusual vessel which represents a tour-de-force for a potter. Estimated at HK$35 – 45 million / £3 – 4 million / US$4.5 – 5.8 million, a magnificent and rare Blue and White Ritual Holy Water Vessel takes its shape from a metal prototype and comes with Tibetan Buddhist associations. The form is configured with very narrow and very wide sections, and a long, extremely thin facetted spout. There are only two companion pieces in the world, one of which is housed in the Palace Museum, Beijing, and depicted in an 18th-century double portrait of the Qianlong Emperor, China’s greatest-ever art collector. This piece would have been a rare and extraordinary item at the court of the Yongle Emperor (r. 1403-24), used at very special ceremonial occasions. It became a revered and auspicious object at the court of the Qianlong Emperor (r. 1736-95), who was a master of using the past to add lustre to his own rulership and to underline his natural place in the lineage of rulers in China. Another Yongle piece of the early 15th century is an extremely rare Blue and White Moonflask, inspired by Middle Eastern models, both in shape and decoration, reflective of the then great trade links between China and the Middle East (Est. HK$25 – 35 million / £2 – 3 million / US$3.2 – 4.5 million). The complex geometric design has no precedents in Chinese art. Taking patterns that can be found, for example, in Qur’an illuminations executed in pen, the Chinese potters transformed them onto a domed, round shape, incorporating the hexagonal Islamic ‘star’ motif, and modifying the design with symbolic Chinese motifs, featuring wave, lozenge and lotus patterns. One of the rarest pieces in the collection is from the Northern Song dynasty, from the 11th/12th century. The Yaozhou Kundika, a holy water bottle, was included in an exhibition at the Royal Academy in London in 1935, the most important exhibition of Chinese art ever held. Only one comparable piece appears to be recorded – in the Museum of Fine Arts, Boston – probably made around the same time, but not identical, both having been individually conceived. The shape has a Buddhist connotation as the Goddess of Mercy, the Bodhisattva Avalokitesvara, is often depicted holding a bottle of this distinctive form. The Yaozhou kilns produced very few upright shapes, which were more time-consuming to pot and decorate, and took up much valuable kiln space. This example is one of those singular creations (Est. HK$500,000 – 700,000 / £40,000 – 60,000 / US$60,000 – 90,000).

The contents of the sale will be on view to the public in Sotheby’s London galleries on 17 and 18 January 2016 from noon to 5pm on both days, prior to exhibitions in New York, Beijing, Taipei, Tokyo and Hong Kong (Further exhibition details to be announced).