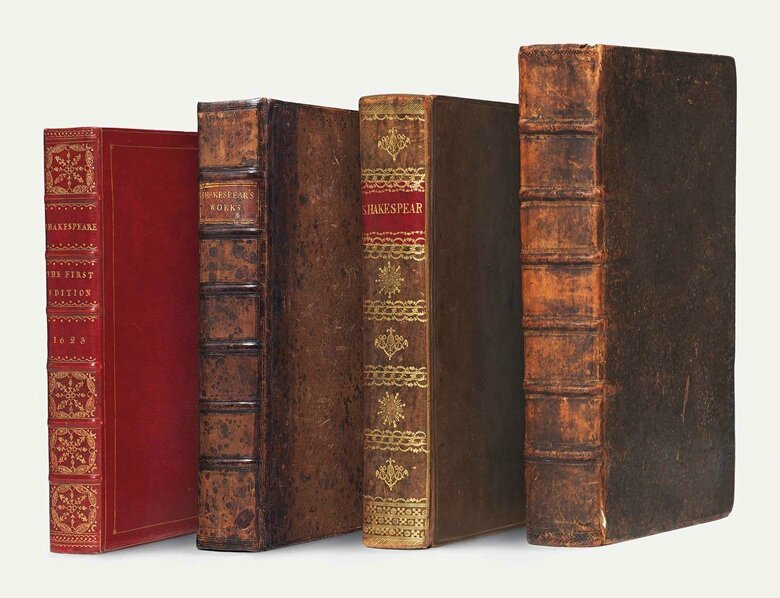 Published in 1623, the present copy of Shakespeare’s First Folio is one of the most desirable examples remaining in private hands. Photo: Christie's Images Ltd 2016.

LONDON.- Christie’s commemorates 400 years since the death of William Shakespeare (1564-1616) with a landmark sale of the first four folios, the first four editions of his collected works. The Folios will be offered in a four-lot auction celebrating the Shakespeare anniversary in London on Wednesday 25 May 2016. The sale is led by an unrecorded copy of the First Folio, the first collected edition of Shakespeare’s plays, widely considered the most important literary publication in the English language. The First Folio contains 36 plays, 18 of which had not previously been printed and would have otherwise been lost forever (estimate: £800,000-1.2 million, illustrated above). The plays of Shakespeare, preserved for posterity in these volumes, define our knowledge of Shakespeare the man, the playwright, the poet and the actor. The Four Folios will tour to New York from 1 to 8 April and go on public display in London from 20 to 28 April to celebrate Shakespeare’s 400th anniversary on 23 April; later being exhibited in the pre-sale view in May. The pre-sale exhibitions and auction provide a unique opportunity to view the complete set of Folios and experience first-hand the excitement arising from proximity to the earliest editions of the greatest playwright in history. The sale is expected to realise in excess of £1.3 million.

Margaret Ford, International Head of Books & Manuscripts, says: “The universality and timelessness of Shakespeare’s insight into human nature continues to engage and enthrall audiences the world over. Even four centuries after his death, his plays touch and transform lives and continue to be read and performed from Albania to Zambia. It is deeply moving to handle the first printed record of his collected plays and to be reminded of their tremendous impact. Especially exhilarating is bringing a newly recorded copy of the First Folio to public attention, and to be able to offer a set of the Four Folios in this important anniversary year.” Published in 1623, the present copy of Shakespeare’s First Folio is one of the most desirable examples remaining in private hands. It was bought in 1800 by renowned book collector Sir George Augustus ShuckburghEvelyn (1751-1804) and has been hidden from public view for over two centuries. Even on publication in 1623, the First Folio was considered a privileged acquisition and would have taken pride of place on any bookshelf. Similarly today, ownership of the four Folios is considered the Holy Grail of book collecting. Without the First Folio 18 plays would have been lost forever, including: Macbeth, The Tempest, Two Gentlemen of Verona, Measure for Measure, A Comedy of Errors, As You Like It, The Taming of the Shrew, All’s Well That Ends Well, Twelfth Night, Winter’s Tale, King John, Henry VI part I, Henry VIII, Coriolanus, Timon of Athens, Julius Caesar, Antony and Cleopatra, and Cymbeline. 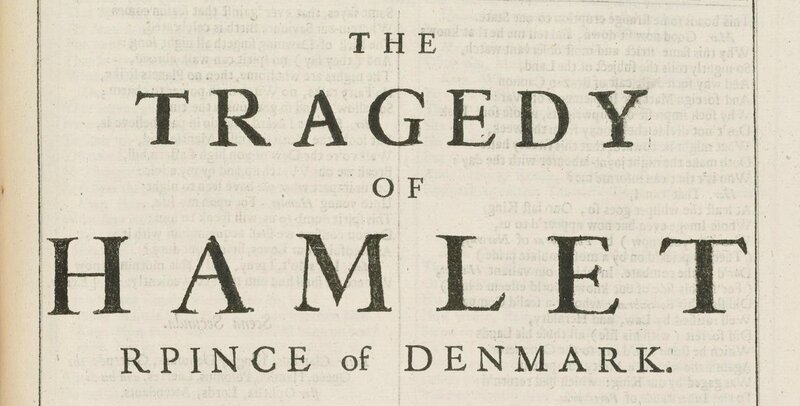 The title page for Hamlet from the First Folio. Photo: Christie's Images Ltd 2016.

Also from the remarkable Shuckburgh Collection and appearing on the market for the first time in over two centuries are the Third Folio which was published in 1664 (estimate: £300,000-400,000) and the Fourth Folio which was published in 1685 (estimate: £15,000-20,000). The Third Folio includes Pericles for the first time and is beautifully illustrated with Shakespeare’s iconic portrait by English engraver Martin Droeshout. It is rarer than the Second Folio, due to copies being lost in the Great Fire of London (2-5 September, 1666), and the present copy is in very fine condition.

The First Folio was a commercial success and was followed only nine years later by the Second Folio, published in 1632 and providing a page-by-page reprint of the First. The present copy of the Second Folio also contains the iconic portrait of Shakespeare by Droeshout (estimate: £180,000-250,000). The Second Folio is celebrated as containing the first appearance in print of John Milton, whose epitaph on Shakespeare is included. 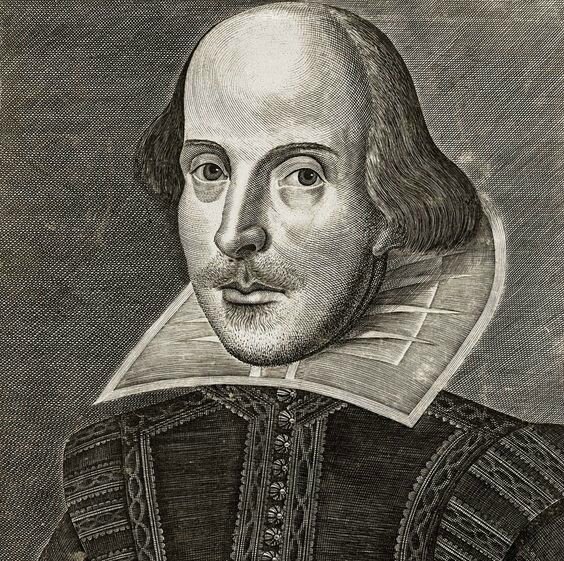 Portrait of William Shakespeare from the title page of the First Folio of Shakespeares plays. Copper engraving by Martin Droeshout, 1623. One of the earliest portraits of Shakespeare. Photo © GraphicaArtis Bridgeman Images