A fine and very rare cafe-au-lait glazed chrysanthemum dish, Yongzheng six-character mark and of the period

A fine and very rare cafe-au-lait glazed chrysanthemum dish, Yongzheng six-character mark and of the period 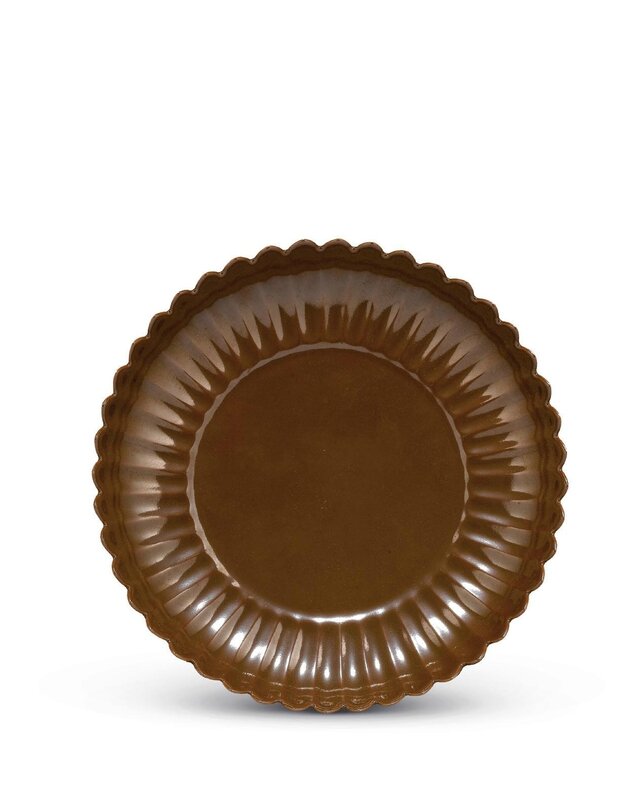 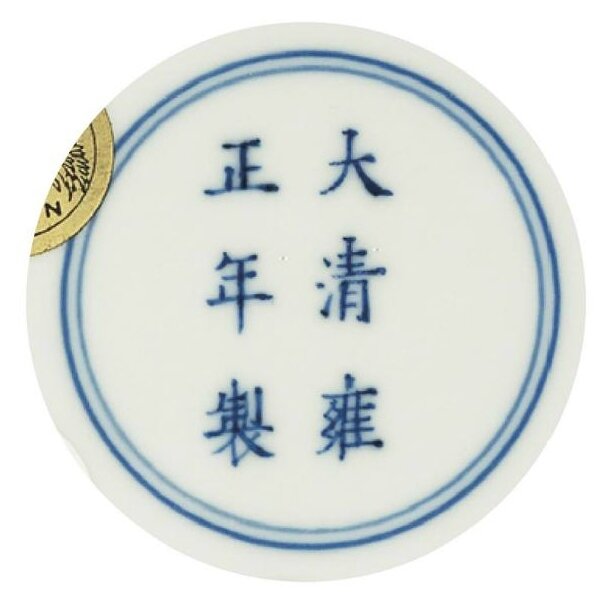 The rounded sides are moulded to the interior and exterior as petals rising to a scalloped rim, supported on a similarly shaped short foot, covered overall in a lustrous coffee-brown glaze. 6 7/8 in. (17.5 cm.) diam.

Notes: Chrysanthemum-shaped dishes from the Yongzheng period were mentioned to have been made in a series of twelve colours, a group is in the collection of the Palace Museum, Beijing illustrated in Monochrome Porcelain, The Complete Collection of Treasures of the Palace Museum, Hong Kong, 1999, pp. 282-283, no. 257. Six are illustrated by Feng Xianming, Wenwu, 1984, p. 37, no. 10, where the author notes that a decree was issued in the eleventh year of Yongzheng (corresponding to 1733) instructing Nian Xiyao, Minister of the Imperial Household, to send ‘the twelve colours of chrysanthemum dishes, one of each colour, for the inspection of the permanent guardian of the treasury and chief eunuch Samuha’. The decree further mentions ‘forty pieces to be fired of every type according to the samples’.

Other similar Yongzheng cafe-au-lait glazed dishes are published, one in the Capital Museum, Beijing, illustrated by Xiong Liao, Beauty of Ceramics: Gems of the Official Kilns, Taipei, 1993, pl. 153; one included in the Min Chiu Society exhibition, Monochrome Ceramics of Ming and Ch’ing Dynasties, Hong Kong Museum of Art, 1977, illustrated in the Catalogue, no. 95; and one with a pale café-au-lait glaze in the Percival David Foundation, illustrated in Rosemary Scott, Illustrated Catalogue of Ming and Qing Monochrome Wares in the Percival David Foundation of Chinese Art, London, 1989, Catalogue, no. B597.