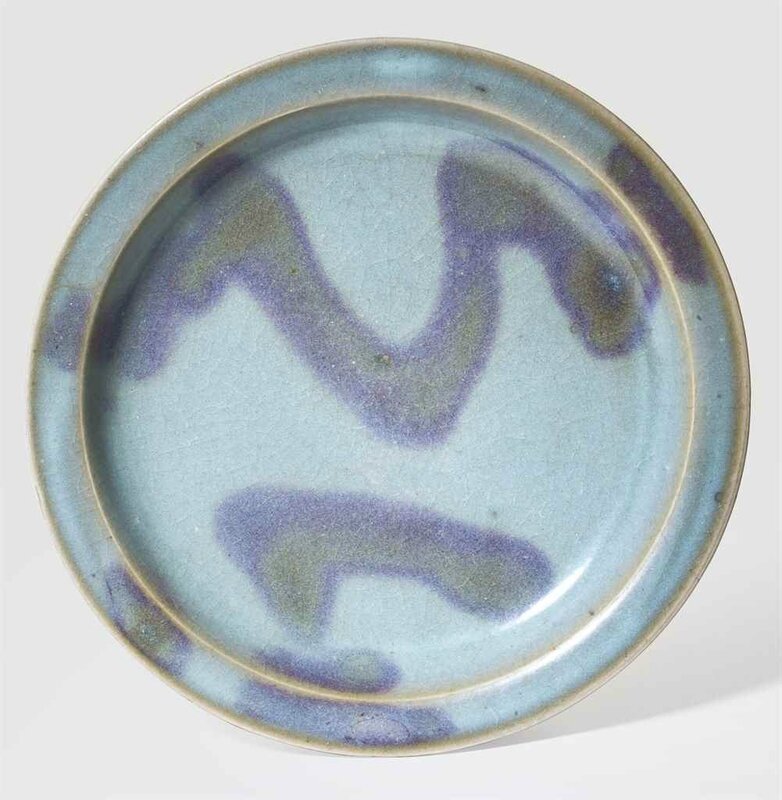 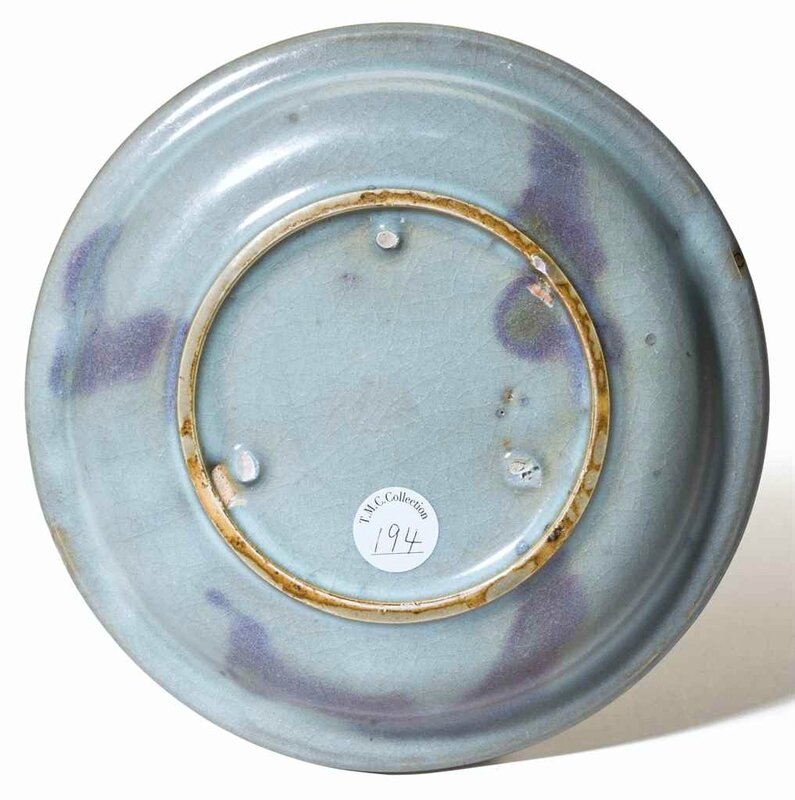 The bowl has rounded sides rising to a slightly incurved rim, from the short, unglazed foot, and is covered with a thick, crackled glaze of sky-blue tone, thinning to mushroom on the rim, Japanese wood box.

Note: Jun wares were produced at various kiln sites in Henan province and two of the main centers of production were in the modern-day cities of Yuzhou and Ruzhou. Jun has been classified by later connoisseurs as one of the ‘Five Great Wares of the Song Dynasty’ and is celebrated for its bold forms, sophisticated glazes and innovative use of color. The dramatic use of purple and red decoration is one of the major innovations of the Jun kilns. Purple splashes, like those seen on the present dish, were produced by the addition of copper oxide to the surface of the unfired glaze. In areas where the concentration of copper is high enough for it to re-oxidize superficially on cooling, the color sometimes turns green.

Jun dishes with splashes on both the interior and exterior are very rare and highly sought after. Examples of similar Jun dishes include two in the Palace Museum, Beijing, illustrated in The Complete Collection of Treasures of the Palace Museum,Porcelain of the Song Dynasty (I), Hong Kong, 1996, nos. 226 and 230; one sold at Christie’s Hong Kong, 28 November 2012, lot 2276; and one exhibited at Eskenazi Ltd., London, Principal wares of the Song period from a private collection, 8-29 November 2015, no. 17.