DALLAS, TX.- Divine Felines: Cats of Ancient Egypt showcases the diverse representations of felines from the world-famous Egyptian holdings of the Brooklyn Museum. From domesticated cats to mythic symbols of divinities, felines played an important role in ancient Egyptian imagery for thousands of years. The exhibition, which explores the roles of cats, lions, and other feline creatures in Egyptian mythology, kingship, and everyday life, is on view October 9, 2016, through January 8, 2017, at the Dallas Museum of Art. “We are pleased to be able to share these ancient Egyptian artifacts from the Brooklyn Museum’s remarkable holdings with the North Texas community,” said Dr. Agustín Arteaga, the Museum’s Eugene McDermott Director. “This exhibition examines the relationship ancient Egyptians had with cats, which shares many commonalities with today’s society, as well as exploring the role cats played in mythology and the afterlife.” Likely first domesticated in ancient Egypt, cats were revered for their fertility and valued for their ability to protect homes and granaries from vermin. But felines were also associated with royalty and closely linked with a number of deities. Combining a lion’s body and a king’s head, sphinxes guarded temple entrances and provided protection as temple objects. The ferocious goddess Sakhmet, depicted as a lioness or lion-headed woman, and the goddess Bastet, represented as a cat or a cat-headed woman, together symbolized the duality of feline nature—caring yet dangerous. The male leonine gods Bes and Tutu were popularly worshipped as protectors of fertility, health and fortune. The exhibition features 80 objects exploring wild and domestic cats, feline deities, cat burial practices and luxury items decorated with feline features, as well as a section on the depiction of canines in ancient Egyptian culture. On public view for the first time in the nationally touring exhibition is an extraordinary gilded Leonine Goddess (770–412 B.C.E.), a lion-headed female crouching on a papyrus-shaped base, which entered the Brooklyn Museum collection in 1937; the statuette was conserved for inclusion in Divine Felines. The exhibition’s cats and feline divinities range from a large limestone sculpture of a recumbent lion (305–30 B.C.E.), to a diminutive bronze sphinx of King Sheshenq (945–718 B.C.E.), to a small cast-bronze figurine of a cat nursing four kittens (664–30 B.C.E.). Also presented are furniture and luxury items, decorated with feline features, in many media, including an alabaster bowl fragment, a wooden spoon, a bronze throne support, and a gold and carnelian necklace. “Cats were an integral part of life in ancient Egypt, both cherished and keenly observed,” stated Dr. Anne Bromberg, The Cecil and Ida Green Curator of Ancient and Asian Art. “Divine Felines: Cats of Ancient Egypt presents not only the history of the cat’s role in every aspect of the Egyptians’ lives, but also the artistry of the culture. Part of the appeal of all Egyptian art, and certainly of this exhibition, is that you see art made by people who believed you could take it with you into the next life.” 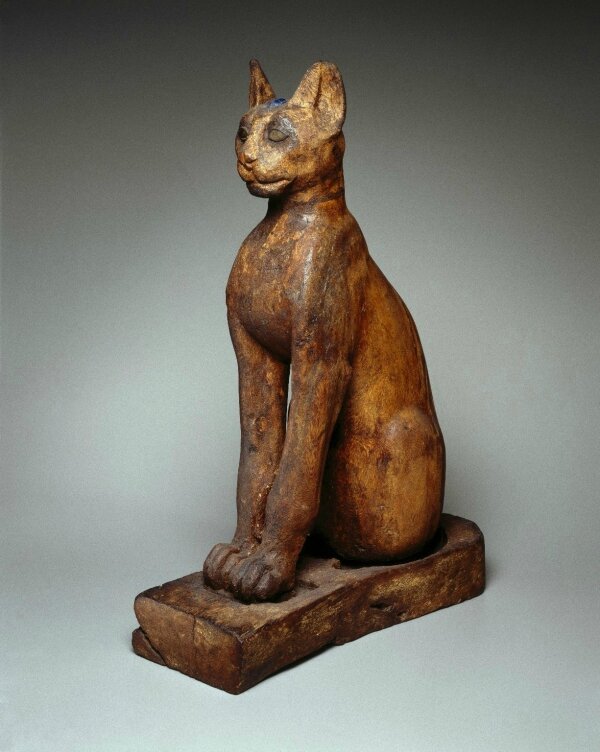 Accompanying the exhibition in the Divine Felines education space is the presentation of a mummy mask from the 1st–2nd century from the DMA’s collection and a 19th Dynasty mummy and cartonnage on loan to the DMA from the Bridwell Library Special Collections at Southern Methodist University. Visitors will also be able to listen to stories of the Egyptian deities, learn about mummifications, and sniff fragrances used in ancient Egyptian rituals in the interactive educational gallery. The Museum will celebrate Divine Felines: Cats of Ancient Egypt during the October 21 Late Night with an evening exploring life in ancient Egypt, cat deities, and the practice of mummification. On Saturday, October 29, Dr. Bromberg and Dr. Kimberly Jones, The Ellen and Harry S. Parker III Assistant Curator of the Arts of the Americas at the DMA, will discuss mummification traditions in ancient Egypt, the Andes and China during a special Boshell Lecture. Additional programs, including gallery talks, will be scheduled throughout the run of the exhibition. For dates, prices, and details, visit DMA.org.

Divine Felines: Cats of Ancient Egypt is organized by the Brooklyn Museum. The curator of the Dallas presentation is Dr. Anne R. Bromberg, The Cecil and Ida Green Curator of Ancient and Asian Art. 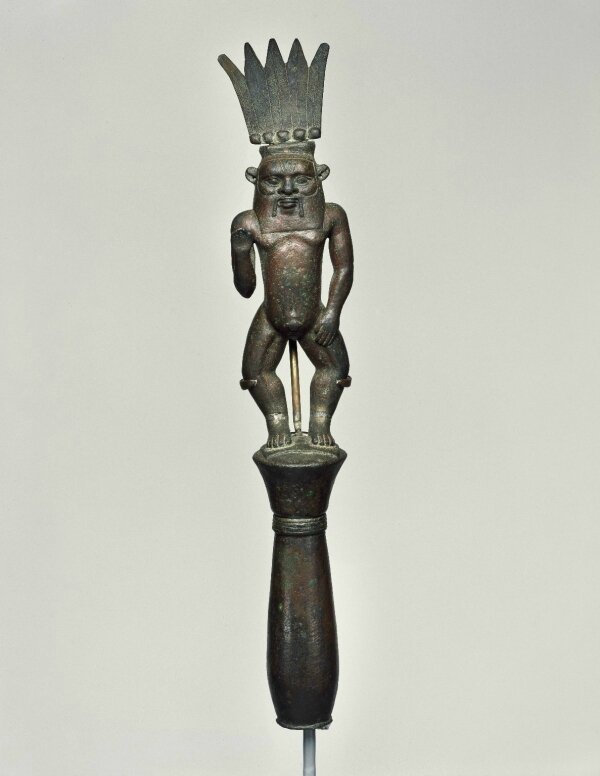